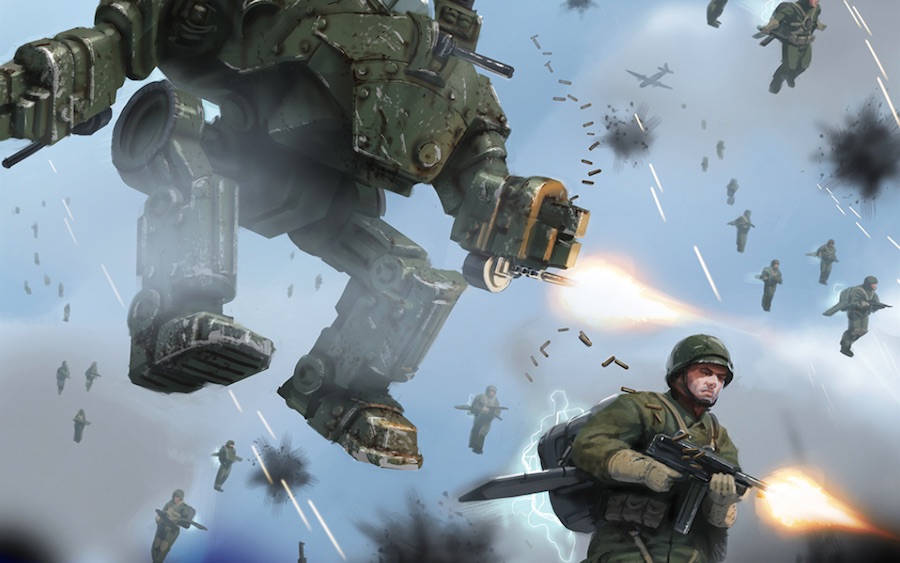 Make sure you’re playing with the most up to date rules.

Konflikt ’47 has been out for 3 months – the broader base of players have come across some rule confusion that playtesters didn’t, so Warlord is addressing these with a new errata.

…the number of errors is thankfully not massive and should make sense to you, the players. I have included some words on some issues that are not in themselves errors or in need of errata, but may clarify the thinking or reasoning behind some of the rules and units in the game. I hope this is a welcome addition, it’s obviously a game devised by the small team at Clockwork Goblin, but it’s now yours and we would be arrogant to ignore the players if they are fundamentally in a different place than us the designers. Two supplements have been squeezed into the hectic Osprey publishing schedule, the deadline for the first is early next year for a release later in 2017. We have this in hand, it’s both exciting and challenging work. It will however give us enough time to look at the changes in Bolt Action 2nd edition and pick the obvious benefits to Konflikt’47….

I’ll leave you all to absorb the attached Errata, and then we can make this document a living beast that refines and develops the game to the benefit of us all.