Planetary Onslaught: Worth the Cost? 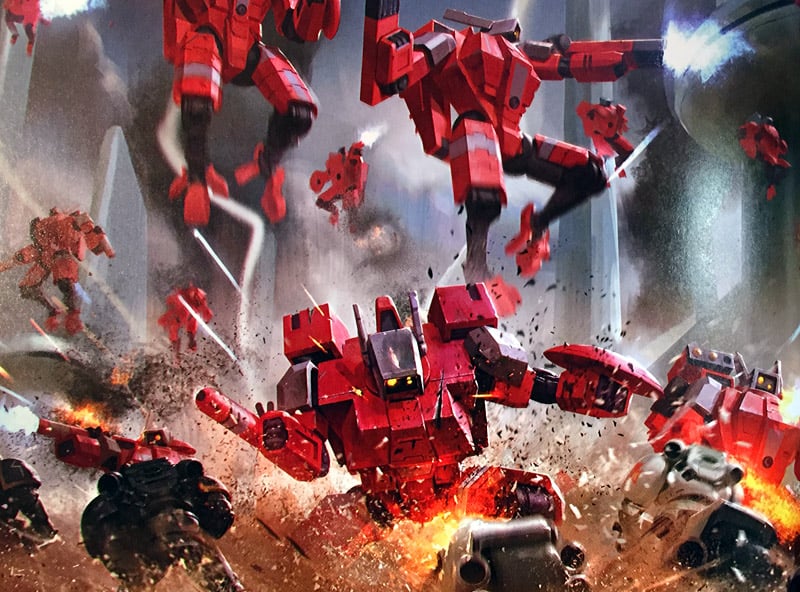 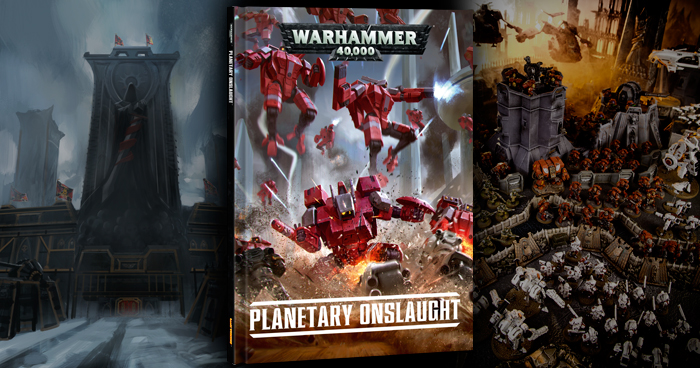 Dive between the covers for a review of GW’s new Planetary Onslaught supplement to see if it is worth your hobby dollars.

Today we are going to take a first look at the new compilation supplement from Games Workshop. This is Planetary Onslaught and it combines Planet Strike, Cities of Death, and Stronghold Assault with updated rules for 7th edition. 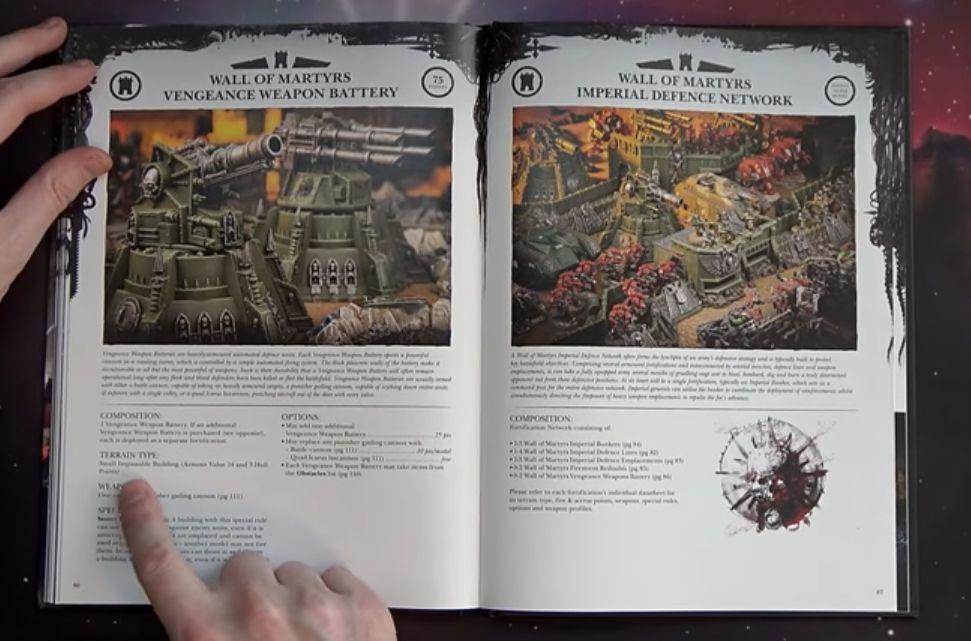 One of the first updates that we noticed right away when looking at the data sheets is that the Wall of Martyrs Vengeance Weapon Battery is now a small impassable building with armour 14 and 3 hull points. That is updated from the old Stronghold Assault book. 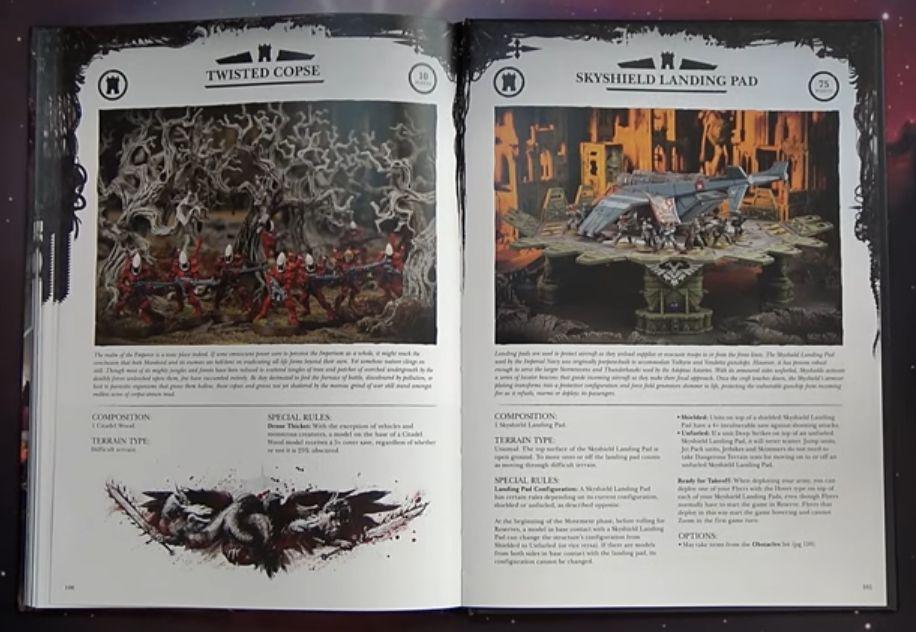 If you take a look at the Skyshield landing Pad, they gave it a free upgrade to Ready For Takeoff, instead of costing five points like it did in the past. 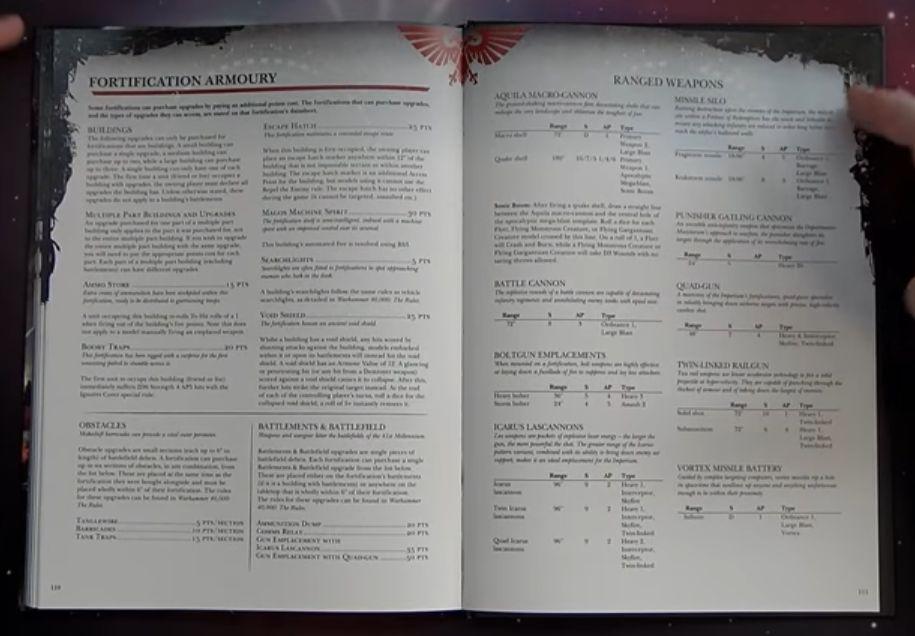 In the back of the book is the Fortification Armoury. There’s nothing incredibly new here but it is great to have all three books together in one place and with updated rules throughout. 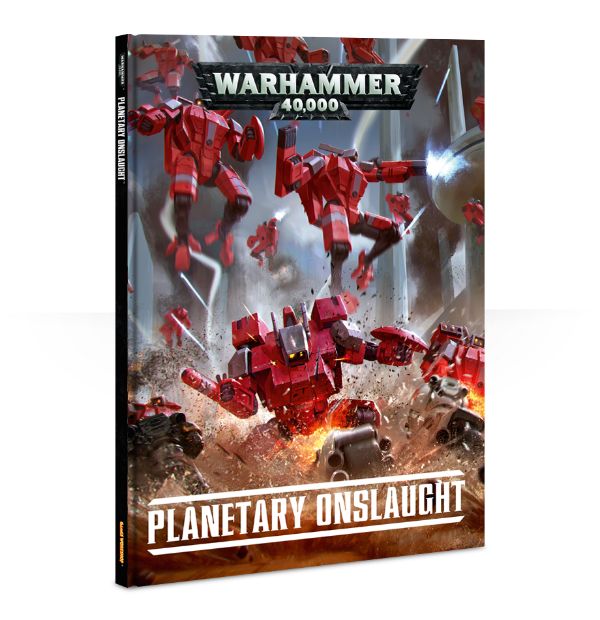 Invasion and conquest in the 41st Millennium

Across the vast galactic expanses of the Imperium of Man, a desperate war of survival has raged for more than ten thousand years. Countless savage battles are being fought at any given moment – and none rage more fiercely than those fought between an invading army and a desperate defending force.

The 112-page hardback supplement Planetary Onslaught brings together and updates the rules for 3 Warhammer 40,000 expansions – Planetstrike, Stronghold Assault and Cities of Death – and presents them as stages of planetary conquest. Play them individually, or string the three different sets of rules together to create an epic campaign that tells the story of the fate of an entire world! One player assumes the role of aggressor, and the other defender, playing through the three phases with additional rules tying the whole campaign together into a single, brutal Planetary Onslaught.

Head over to Games Workshop and get your copy of Planetary Onslaught today! Also stay tuned for our Tips & Tactics video coming soon!