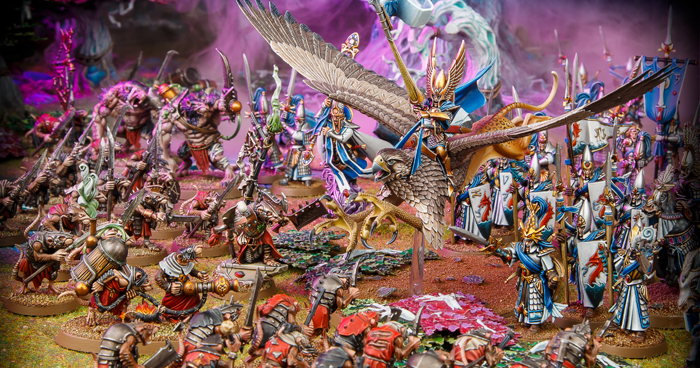 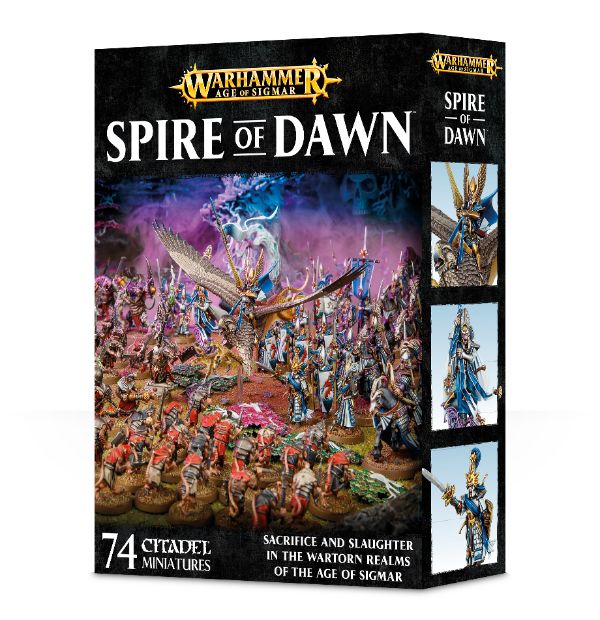 Spire of Dawn is a fantastic deal to kickoff Age of Sigmar with a friend. The boxed set is almost here and the included rules have been found. So all you Aelf and Skaven generals get some new units and rules to try out on the tabletop.  Perhaps most importantly, we are seeing Pitch Battle points included as well, so the influence of the General’s Handbook is here to stay! 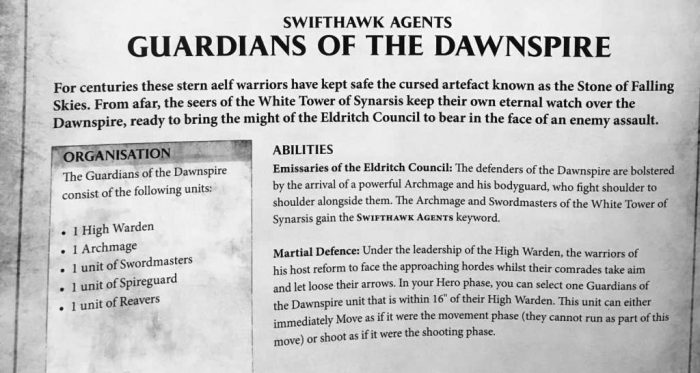 Here’s the “everything you got in the box” Battalion. Extra moves and attacks are always handy. 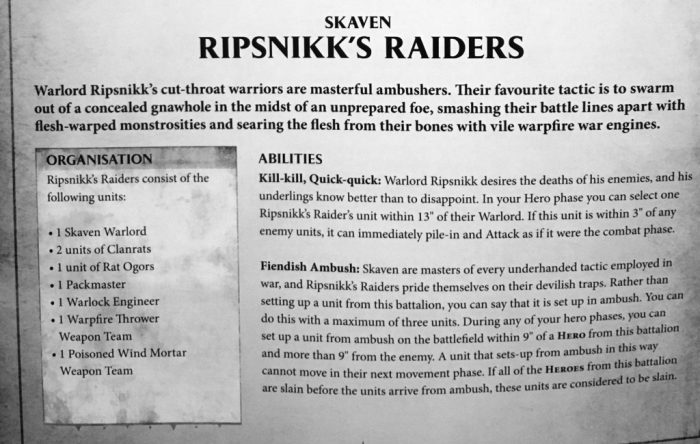 Sneaky Sneaky Skaven – “They Came from Below!” 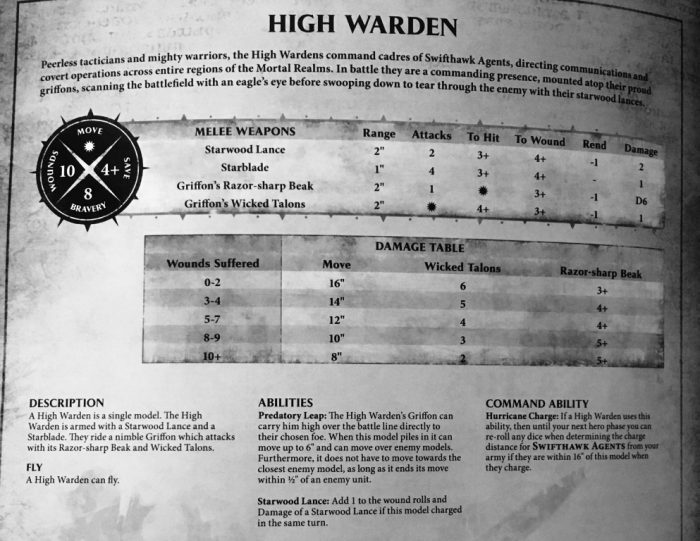 The Aelf boss – who helps out all SwiftHawk Agents; which if you look at the top Battalion up there… you get the picture. 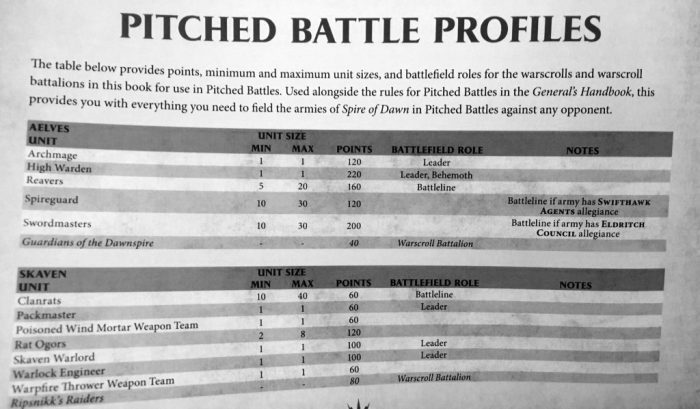 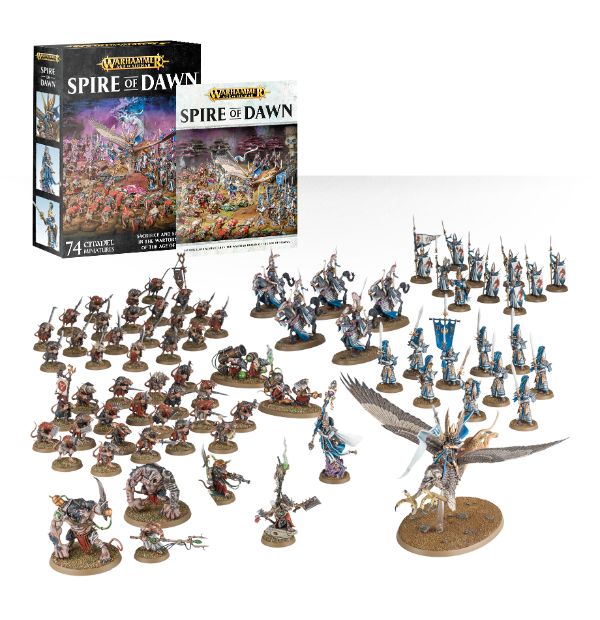 The Dawnspire stands at the edge of the Transient Isles. Immense, drifting islands of black stone hanging in the air above an azure sea, they were once the subject of foul sorceries, a powerful Chaos wizard seeking to bring them crashing down. The mages of the Eldritch Council were able to stop this foul ritual, but not before two of the islands were lost to the depths.

To protect the isles, the Dawnspire was created; housing objects of incredible power, it is protected by the most elite warriors the Transient Isles have ever known. Yet cruel eyes glow in the corners of the realms. fixated on the Dawnspire, intent on harnessing its power for their own dark purpose…

Dawnspire is a fantastic box set filled with Citadel miniatures, with a book telling the story of the Skaven Warlord Ripsnikk’s attempt to take the Dawnspire from the Swifthawk Agents who protect it. 74 miniatures are included, split between Skaven and Aelf forces:

The box also includes the complete rules for playing games of Warhammer age of Sigmar, 2 Warscroll Battalions and 2 Pitched Battle Profiles, one of each for each force. Supplied with round and square bases for each model.

~Pick your side Age of Sigmar players!