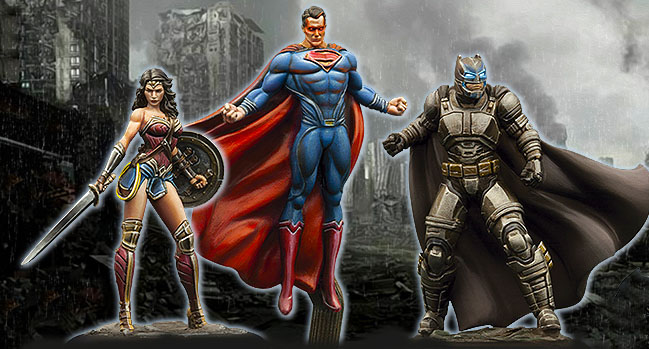 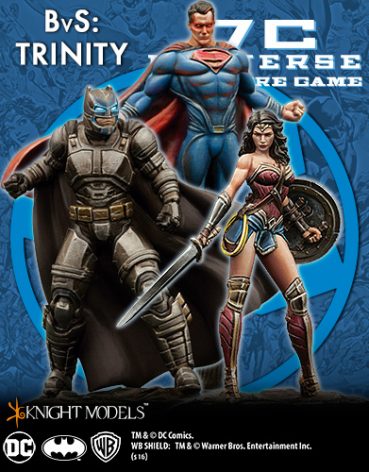 Ok, so maybe new isn’t exactly the right word. As far as I can tell, this new DC game is the same system that Knight Models released back in January for its Marvel Universe Miniatures Game. So why go to the trouble of releasing it as an entirely new product as opposed to say – an expansion? Licensing of course. They can’t go mixing up two of Time Warner and Disney’s biggest properties just like that. Of course there’s nothing to stop them from releasing two identical rulesets and letting the fans do the rest. 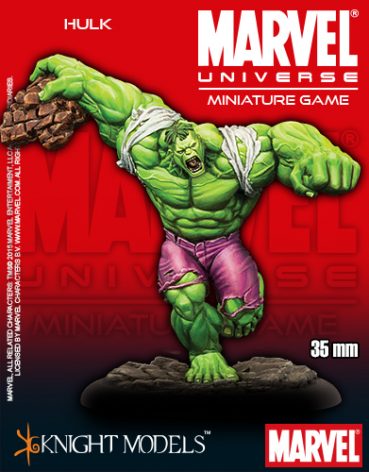 That’s right – you now have the tools at your disposal to resolve all those match-ups you wanted to see as a kid. Can The Hulk knock that smug look of Superman’s face? Will Tony Stark’s Iron Man suit triumph over the equally advanced technology of Cyborg? What even happens when Thor fights Swamp Thing? 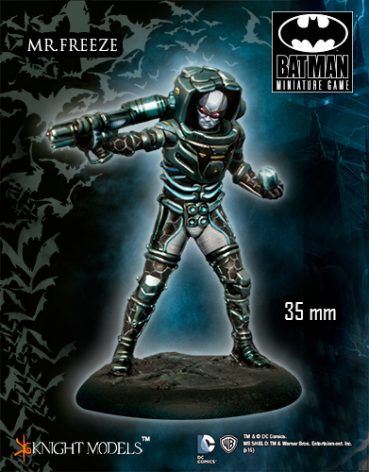 While there is an impressive starting roster of 27 DC characters, there are still quite a few notable gaps. No Killer Croc. No Mister Freeze. No Catwoman. The good news is that most of the models exist, having been created for the entirely separate Batman Miniatures Game. Hopefully it won’t be too much longer before the rules catch up. So while the only members of the Teen Titans with playable rules are Starfire, Kid Flash, and Cyborg, surely they won’t let Robin, Nightwing, and Arsenal go without rules for long. As for those iconic characters with no models like Green Lantern, Lex Luthor, or Super Girl… I guess only time will tell. 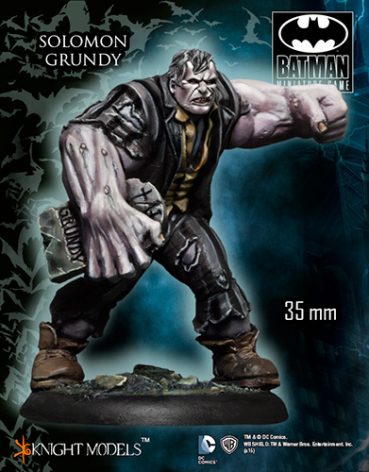 For my first DC team, I’m going evil. I’m going to try Ra’s al Ghul, Solomon Grundy, Clayface, Bane, and Lobo. Some are characters I liked back when I used to read the comics. Others are really cool models. Lastly they all even out to 50 points. I have no idea if they will make a good team. Of course I’m holding myself to finishing my Guardians of the Galaxy team before I buy anything new. 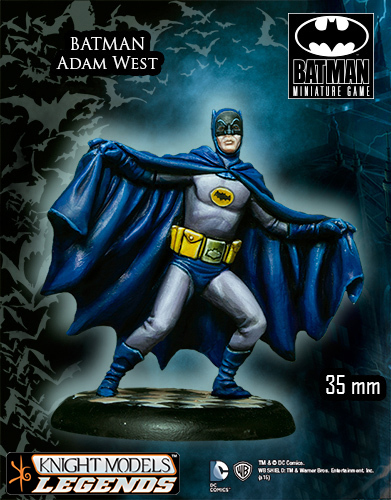 If it all sounds interesting to you, you can check out the rules for free without having to buy anything. Here’s a link to the DC rules. In the back are all the character cards they’ve created so far with three notable exceptions. Batman, Wonder Woman, and Superman are the flagship miniatures set for this new game so their rules are here. If you are interested in playing but don’t like those sculpts, there are like a dozen versions of Batman, a couple of other Supermans, and a more classic looking Wonder Woman available from Knight. The Marvel rules and all the relevant character cards are also available on their website. Just click the product you are interested in, then click the small hard-to-see line that says Product Data Sheet. It’s under the price.

~Hope you enjoyed the article. If there’s enough interest I may write another one on the rules system itself.