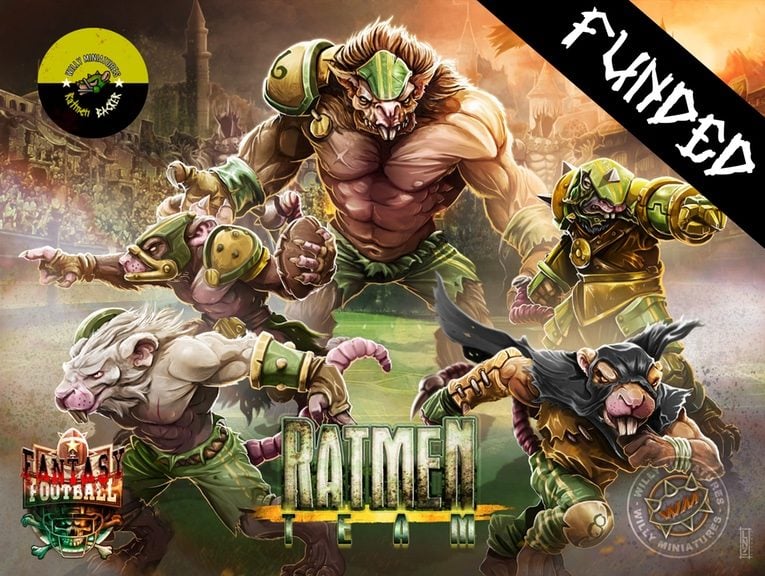 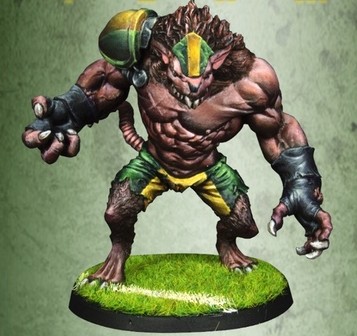 Before I begin highlighting some currently active campaigns, I want to point out that Wyrd’s The Other Side will probably be on Kickstarter by the time this article goes live. Be on the lookout for this new large scale skirmish game if you’re a fan of Malifaux and its universe. 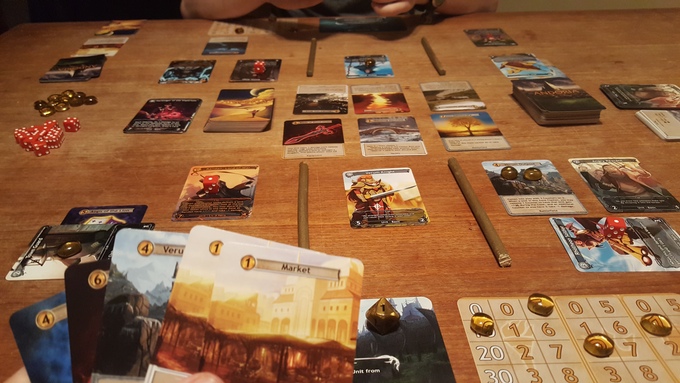 After around 3 years of development, Lion Forge has taken their new deck building game Andoria to Kickstarter so they can begin mass production. In Andoria, players start with a basic deck of 12 cards, a level 1 hero, and one of several kingdoms with their own unique ability. Rounds consist of players purchasing units and upgrades from the middle of the board before launching attacks against rival kingdoms to gain glory. Unlike some other card battle games, players can’t be fully eliminated, ensuring that everyone has a chance to gather enough victory points to come out on top at the end. You can buy the core game for $30, which contains everything you need to start playing with up to three friends. 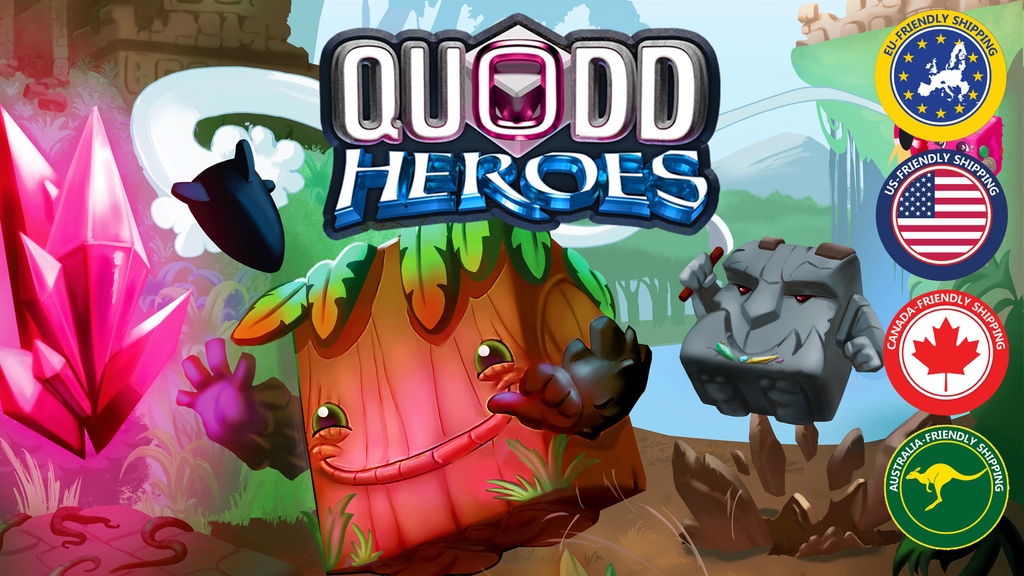 Quodd Heroes is a rather unique looking board game inspired by puzzle platformer video games. Each player controls a cube-shaped character that tumbles around a grid-based board. Each move starts by tumbling your character onto an adjacent square and taking advantage of any special effects on the squares in question. Players race against each other to complete quests and acquire powerful items and runes that can affect the way they tumble around the board. The game supports up to four players, and each character is represented by an adorable little cube-shaped plastic miniature. The standard edition costs $75CA/$56USD, with a deluxe version available for $95CA/$70USD. 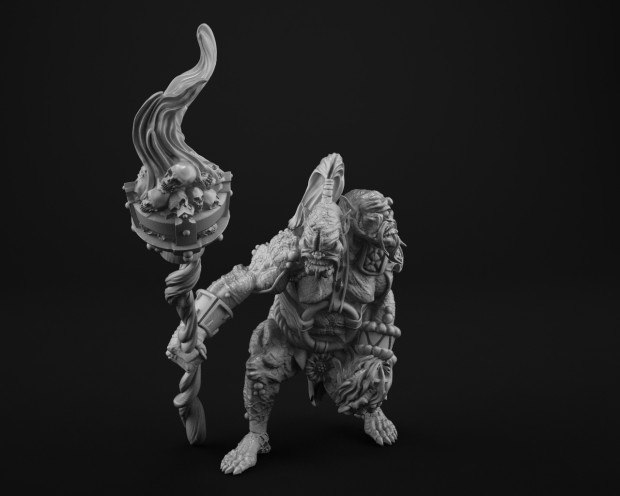 Hopping over to Indiegogo for a moment, Hidden Dreams is running another crowdfunding campaign to expand their budding line of fantasy miniatures. This campaign focuses on several lords and heroes of various races that would fit perfectly in your favorite Kings of War or 9th Age armies. Options include a 2-headed ogre shaman, a dwarf king being carried into battle on a war throne, a daemon prince, a mounted knight, an orc warlord, a reptilian Cuatl lord on floating throne, and a ratman dictator with his hulking vermin bodyguard. The elves from their previous campaign are also available. Model prices vary from around €10-€50 and are all cast in resin.

Jumping back to Kickstarter, Willy Miniatures is funding a new fantasy football team just in time for the new Bloodbowl game. This time around they have a team of 15 Ratmen models, each made from metal and without a single duplicate pose. The full team will cost you €50/$54 and includes 2 Blitzers, 4 Runners, 2 Throwers, 6 Linemen, and a single Rat Ogre.

Riders of the North by Davale Miniatures 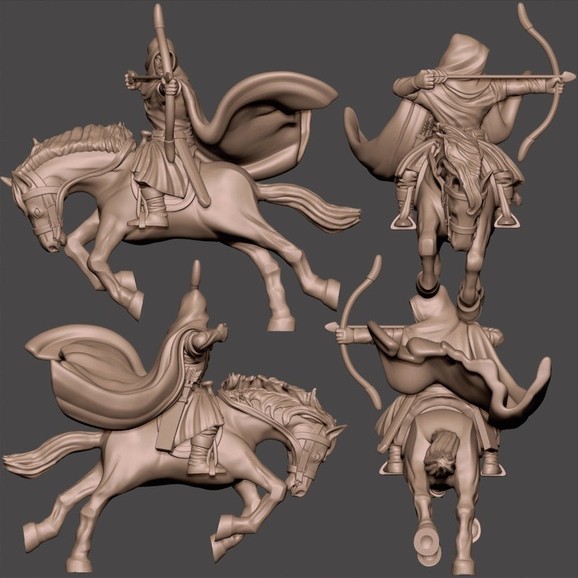 Their previous campaign may have came up short, but that hasn’t deterred Davale Miniatures. This campaign is offering 3 28mm resin light cavalry miniatures designed to tie in with one of their other recent releases. The three miniatures include a cavalrymen with bow, one drawing his sword, and a final one with a spear. You can get all three for €25/$27. 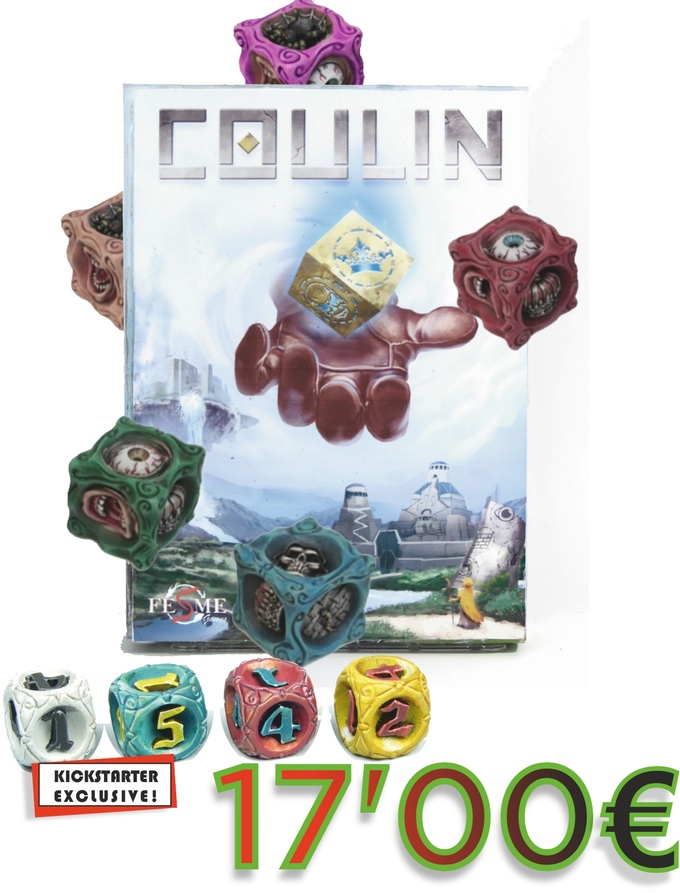 Coulin is a fast, simple, and extremely portable dice game for up to 12 players. Each round consists of players betting dice before rolling and using the results they score to take actions. Whoever ends the game with the most dice wins. The main draw of Coulin are the highly detailed resin dice that look like they would be a ton of fun to paint. You can get your copy for €17/$18. 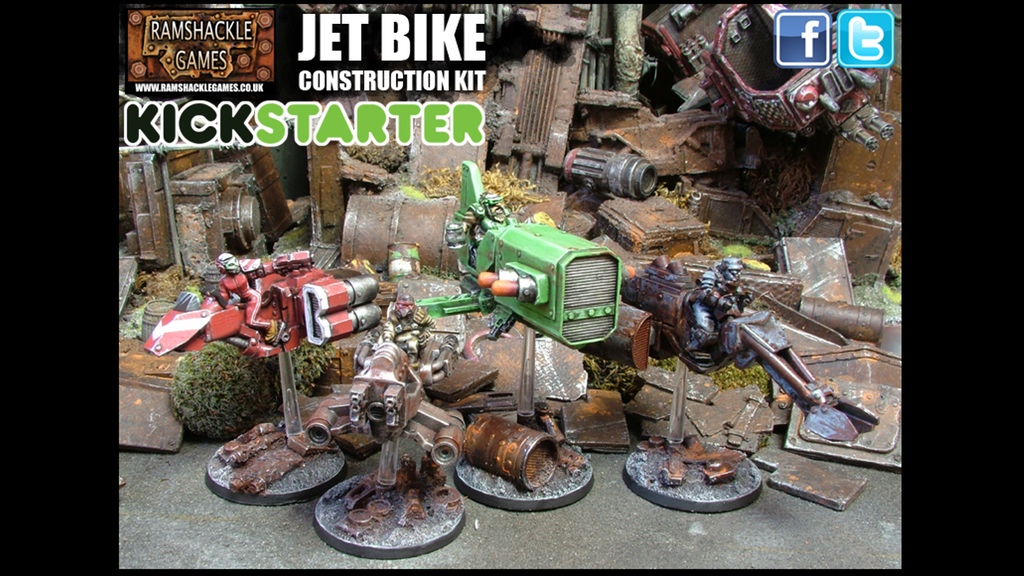 Ramshackle Games is currently on Kickstarter with a set of modular resin jet bike miniatures for gamers and collectors. Each jet bike has a very cobbled together, junky look to them, and their riders come in human, dwarf, gnome, and elf form. There are four premade models available representing each of the four races, but the modular nature of the kit ensures that you can build them however you like. For £18/$23 you can get enough parts to make all four models, with bundles available that go all the way up to 20 bikes for £90/$113.

Finally we come to a campaign for the first wave of miniatures for the upcoming steampunk fantasy skirmish game Topexx Dominions. This campaign features 6 35mm metal miniatures with custom scenic bases that will eventually be part of one of the game’s two factions. Set in a steampunk fantasy world, Topexx Dominions involves skirmishes between rival factions over topexx, magical crystals used to power advanced technology and complex spells. You can get all six miniatures for $60.

Didn’t see anything you like? Check out these other campaigns for more games and miniatures: