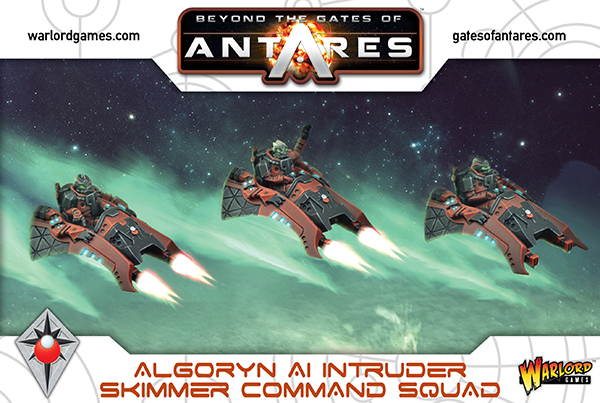 Warlord Games has a wave of new Skimmers zipping to a Beyond the Gates of Antares tabletop near you.

As the Algoryn war machine builds and the AI Troopers head into battle their commanders cover the advance with the fast striking Intruders, and now the Intruder Command are available to grow your fighter wings!

The Intruder Scout Skimmer is designed for mobility in mind, making it the ideal vehicle for the Algoryn to use for scouting and reconnaissance operations whilst still holding the ability to engage the enemy in combat.

The Algoryn Intruder command bring new detailed features and use the ‘Follow’ special rule allowing them to command multiple nearby units each turn of the game. Algoryn Intruder Command on the field

Their main weapon is their speed, the ability to have presence on different parts of the battlefield really keeps your opponent on edge. The ‘reach’ of these models is massive, enabling you to command nearby units by using their ‘Follow’ special rule ensuring you can capture that objective last minute or gun down that last unit hidden away. Keep on the move and use line of sight blocking terrain as much as you can to avoid loosing this highly mobile and effective Command unit. 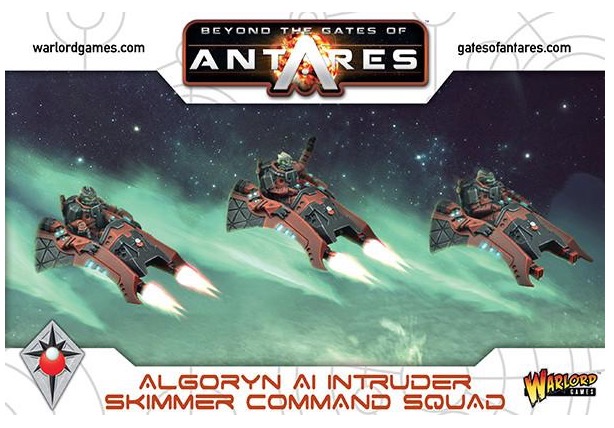 Bring an entire Strike Force of over 700 points to bolster your existing Algoryn forces as they battle across the Antarean universe! ~More Warlord Games in the days ahead.