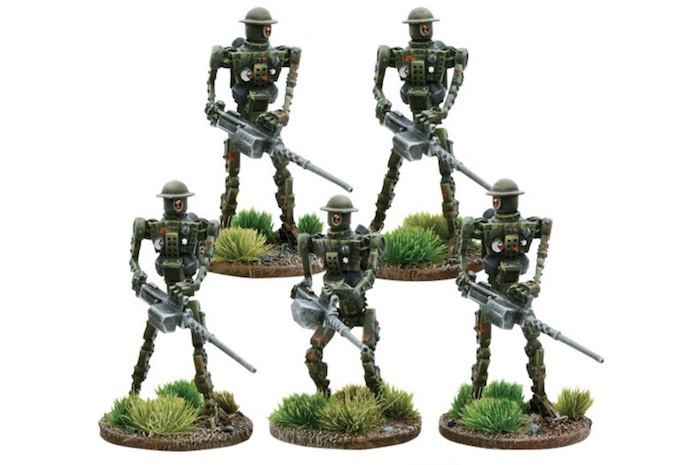 These mechanical monstrosities tower over the average soldier, this allows them to bear heavy machine guns with little penalty. Used to spearhead assaults or guard rear-flanks, these are mainly used for casualty heavy missions. The ideal solider to counter all of the British Empire threats, and to protect the British solider on the front-line. Quick and resilient, these troops are ideal objective grabbers and shock-troops. With the ability to keep up with. and even outpace, most vehicles. Without the hindrance of terrain you can guarantee they can get to their target double-time. Equipped with assault rifles, they can pack-a-punch and wipe out those bothersome back-line units with ease. The Ursus are nearly unbeatable in combat, both tough and strong, they’ll be able to hack down any enemy troops foolish enough to stand in their way. Give them supporting fire so they can advance unhindered or use a transport (a standard truck can carry 5 Ursus infantry) as an ideal way of getting this death squad in amongst the enemy front line. Let havoc ensue! Is that considered Soviet Bear Cav?