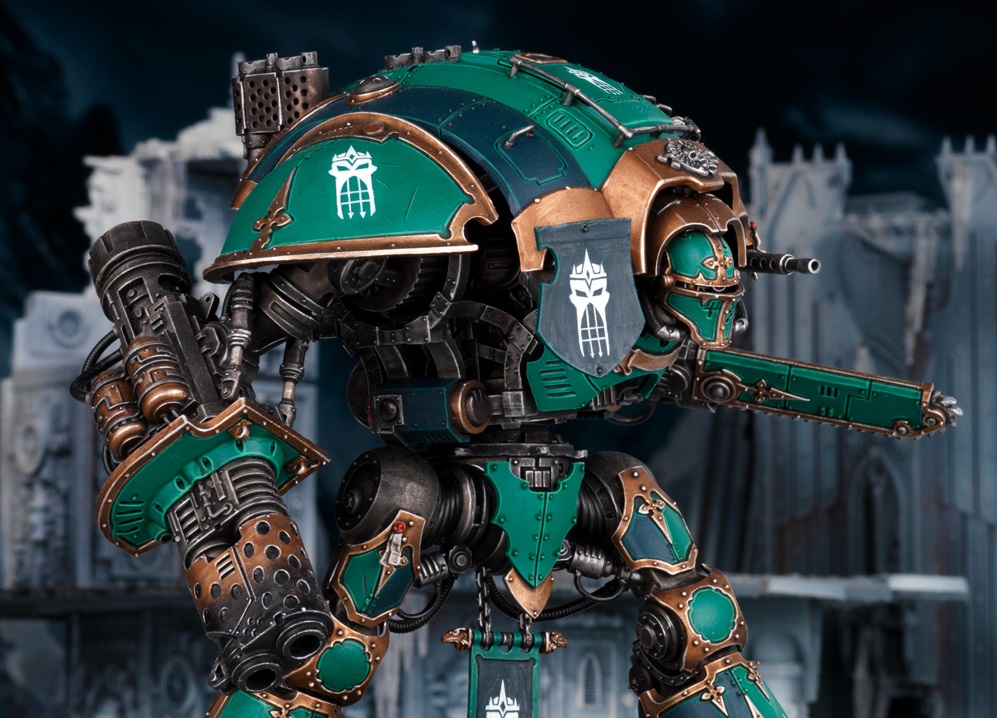 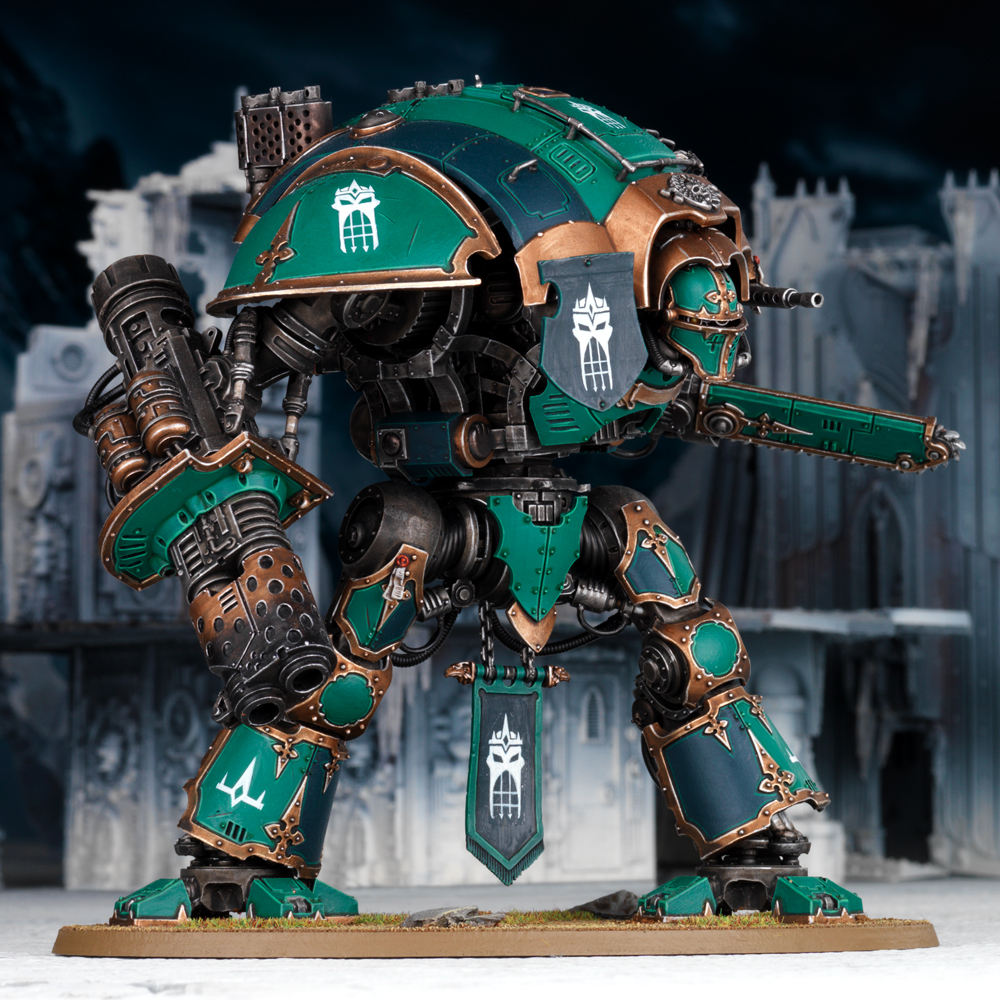 One of the Baddest Knights in all of 40K is back with his rules free to download!

Gerantius is a legend in his own time. This mythical Knight has been in the fight for so long most folks think he’s an immortal ghost Knight. But whatever Gerantius is, this Knight is here to kick everyone’s collective butt! 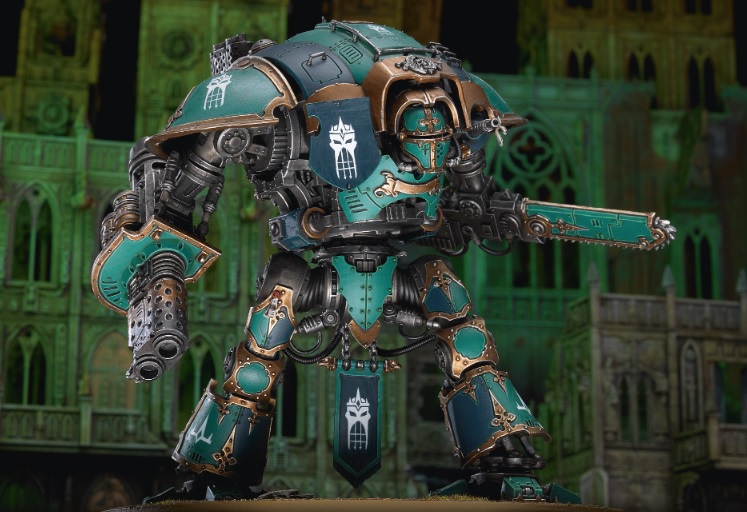 With his ion shield giving him a 3+ invulnerable save and the It Will Not Die special rule, Gerantius can soak up a vast amount of firepower. As a result, I’d put him right at the front of my army, leading the charge against the enemy. It’s a risky tactic for 500 points, but the attention he’ll attract should ensure that he, and not the units advancing behind him, is the target of enemy fire. You’d be surprised how easily you can panic people by charging something big and scary at them, making them forget their plans and aim everything they have at the Imperial Knight bearing down on them to the exclusion of all else. He’ll almost certainly take some damage, but fortunately Gerantius can run and shoot every turn, so he should be able to close the gap with the enemy pretty swiftly while still dishing out the damage with his thermal cannon (which, at BS5, is likely to hit its target more times than not).

His Weapon Skill of 5 is another big advantage (most Imperial Knights only have a Weapon Skill of 4). Against many targets, Imperial Knights miss with half of their attacks, but Gerantius will strike Morkanauts, Wraithknights, other Imperial Knights and even Khorne Lords of Skulls on a 3+. This is a massive deal, especially in fights where you need to kill the enemy before they strike back. My advice: lope into battle as fast as you can and hunt down hordes and massive foes (like those listed above). Avoid Terminator Assault squads though, they hurt. 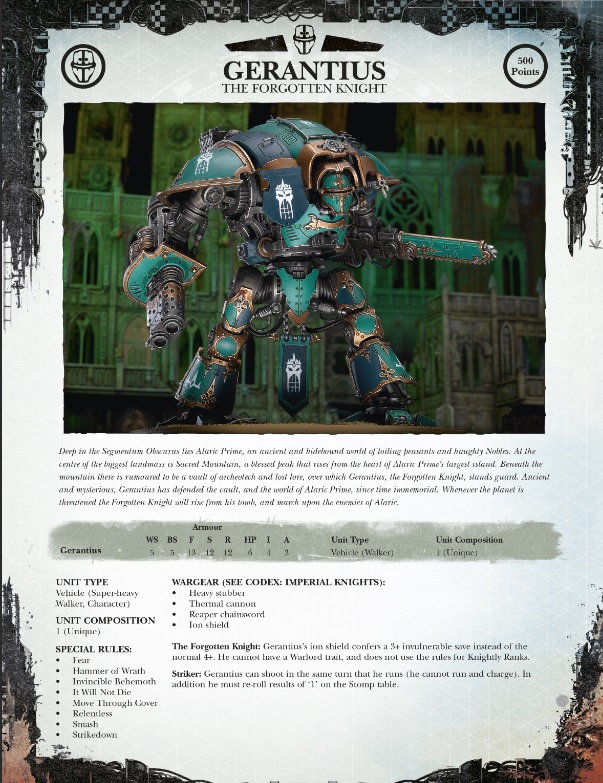 You can download his rules directly from GW right HERE. Be sure to read all the tips on how to use this Legendary Knight from the Warhammer Community article HERE.

If you got a problem, call Gerantius!