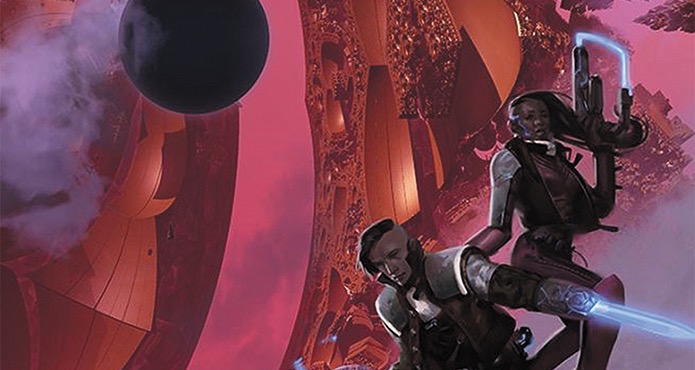 Take a trip into one of twelve different alternate realities. Plus a new digital one, too! Step…Into the Outside.

Now available direct from Paizo, there is a new book from Numenera that broadens the horizons of the Ninth World. Check out the transdimensional sourcebook Into the Outside. 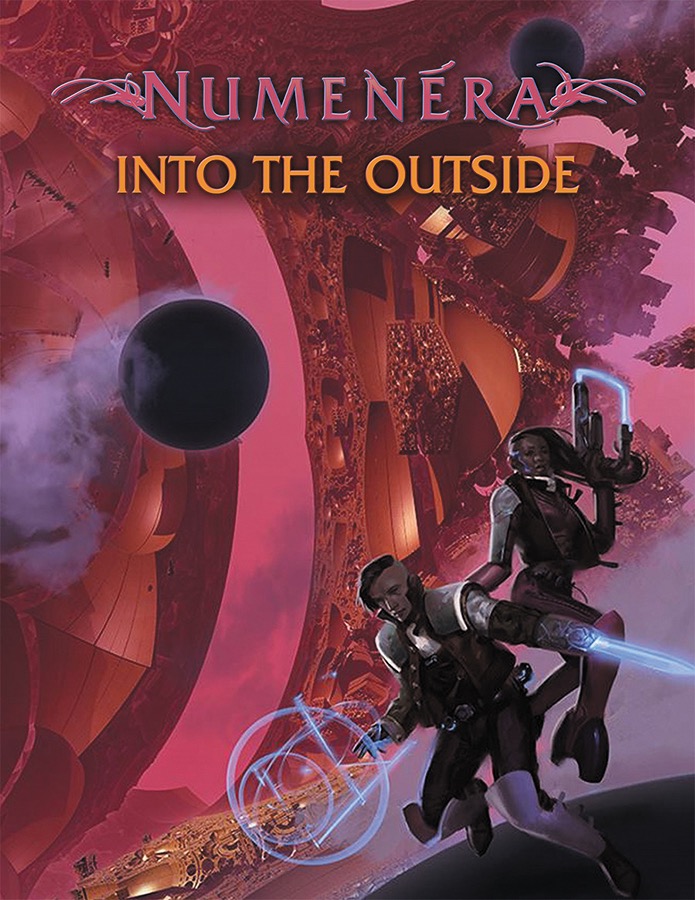 Deep within the pages of Into the Outside, the latest sourcebook for the Numenera Roleplaying Game, you can explore ten transdimensional locations and twelve alternate realities. Visit the Banded Bluff, the Endless Abode, the Whispering World, Celerillion, or mysterious Reeval—the source of the Nibovian threat. Plus, you’ll learn multiple modes of dimensional travel through exploring Sideslip Fields, piloting Crystal Ships, venturing on the Silent Nyek, and entering the Grinder of Infinities while discovering exciting new creatures like the arravelon, the stealthy pariall, the carnivorous color, the time wraith, and the deadly lycidaris.

If you’re curious as to what is actually in the book we ran a Tabletop Spotlight on it already:

And if you’re feeling like delving in to the world of Numenera in the digital realm you should check out the new game set in the game world:

Torment: Tides of Numenera is the thematic successor to Planescape: Torment, one of the most critically acclaimed role-playing games of all time. Immerse yourself in a single-player, isometric, story-driven RPG set in Monte Cook’s Numenera universe. What does one life matter? Find your answer.

I’m thinking of starting a team specifically geared to going through these extreme wormholes and reporting back on what they find…Or maybe I’ll just fire up steam instead.