This year will see the announcement/release of several new Sci-Fi games, including Starfinder, Tales from the Loop, Faith (whose models need to be in my house already), and more–well now a trio of developers are tackling the idea of bringing a sci-fi setting to the 5th Edition rules… 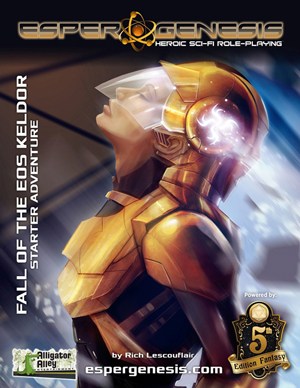 Esper Genesis is a science-fiction tabletop roleplaying game powered by the 5th Edition rules engine and inspired by sci-fi greats such as Star Wars, Mass Effect, Phantasy Star, and Ghost in the Shell. Taking on the role of a galactic hero, you can forge your destiny within a universe of advanced technologies and hidden mysteries. Beyond just a bunch of mechanics, Esper Genesis is a powerhouse of awesome sci-fi that’s fully compatible and interchangeable with any official 5E product. 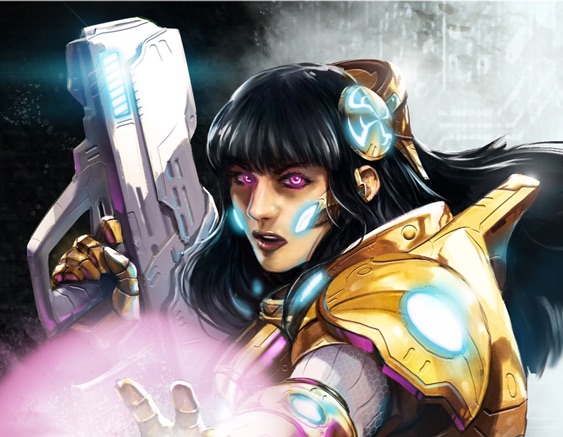 “Heroic Sci-fi Roleplaying“ is the heart of this game. Like the core of 5E, Esper Genesis is just as focused on amazing adventures as it is with fast and easy mechanics. Exotic personalities, alien cultures, and galactic lore are woven together into the setting’s rich history. With a universe that’s immersive from beginning to end, every one of your characters is already part of a fantastic setting you can use to build your own cool sci-fi legend. 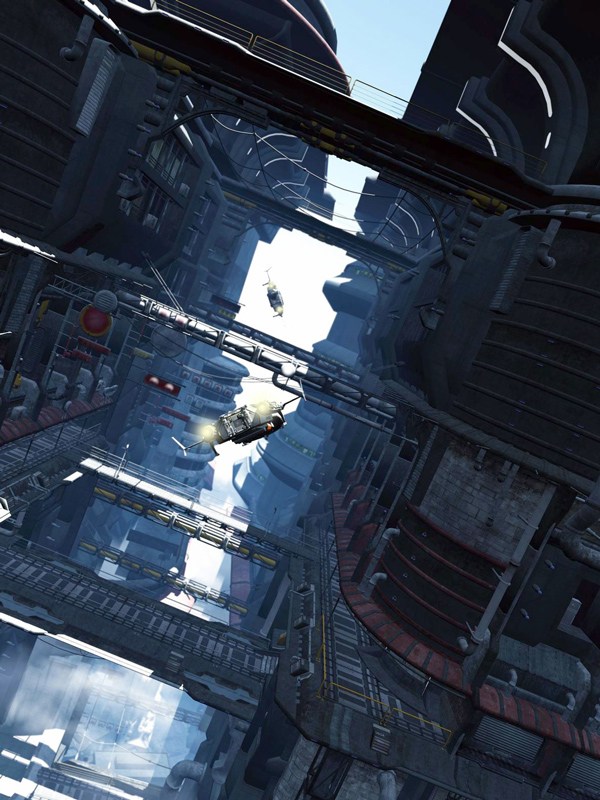 Create extraordinary personas from soldiers and spies with high-powered gadgets, to engineers wielding specialized rigs and robotics. Though there is no magic, gifted adepts known as “Espers” channel their cosmic energies through powerful devices, producing spectacular feats of gravity control, psychic ability, and the power to shape the very fabric of space-time.

And that’s only the beginning! Esper Genesis has a unique, adaptable rules system for starship combat. Strap in and blast through the stars in a ship of your own or as part of an ace crew in your party-owned and operated vessel. We’ve also developed an extended list of new weapons, armor, gear, and enhancements, all tailored to provide you with a full scale sci-fi experience.

The purpose of this project is simple: to provide a fun, engaging, and fluid sci-fi setting without removing the spirit of what makes 5th Edition amazing. Instead of the usual approach of how to “turn 5th Edition into sci-fi”, we decided to ask: “How do we put a world of sci-fi awesome into 5th Edition?” Instead of deconstructing the 5E rules to build around our system, Esper Genesis adapts directly into the simplicity of the 5E ruleset.

So, If you’ve played 5E, you’ve already learned most of what you need to play Esper Genesis. The system is designed to grow beyond itself and can effortlessly evolve and integrate along with all of 5th Edition as it expands.

All of this will also lead into our upcoming sandbox conversion system to adapt Esper Genesis into any modern/sci-fi genre. Expanding into Cyberpunk, Mecha Combat, Steampunk, and Sci-Horror are just a few examples of our expanded universe of endless possibilities.

On the one hand, this certainly sounds original, and like it could be exciting–but (and it’s a pretty serious but) I’m not sure how well suited to science fiction the 5th Edition rules are. They do a fantastic job of creating D&D (they’re easily my favorite), but I am not certain how quickly that’s ready to translate over to a sci-fi setting. People have tried with the d20 system before to varying degrees of success. Dragon Star is my favorite of them, and that works so well explicitly because it’s literally D&D in Space.

So it remains to be seen how well this translation goes…you can get a sample of what thee rules will be like by downloading their free adventure. And the three designers seem to know their business… so check it out.

Check out the Free Adventure