Dive into the drowned world of Ulaya where survivors of a drowned continent battle for power and wealth.

The game takes place in a sci-fi world of jungles and swamps and fallen civilizations with plenty of reasons to fight to try and carve a future out of the ruins of a glorious, golden past. And today they’re bringing you a look at the setting of the Drowned Earth, where the seas have risen (hence the name). The game has already secured its funding, so now it’s just a matter of seeing which stretch goals are hit–some of the backer rewards are pretty spectacular. Take a look…

via The Drowned Earth

All over Ulaya are the ruins of a once mighty, and technologically advanced civilisation, and the material wealth of this civilisation is the most obvious cause of conflict in the world, and what many games will be fought over.

The Pre-Fall Civilisation as it is known, was destroyed by an unknown event at an undisclosed period in the past. Judging by the state of the ruins however, we can be certain that it was more than a few hundred years ago, but not as long as a thousand years. This “Event” caused huge global warming, rising sea levels and a drastic change to the environmental conditions of Ulaya.

Despite the time past, occasionally people searching the ruins might find a piece of working technology, or at least, something which could be studied, repaired or put to use in some fashion. However, the ruins are dangerous places. Giant predators, species from the Mesozoic epoch, roam the jungles of Ulaya like guardians of the ancient secrets of the past. 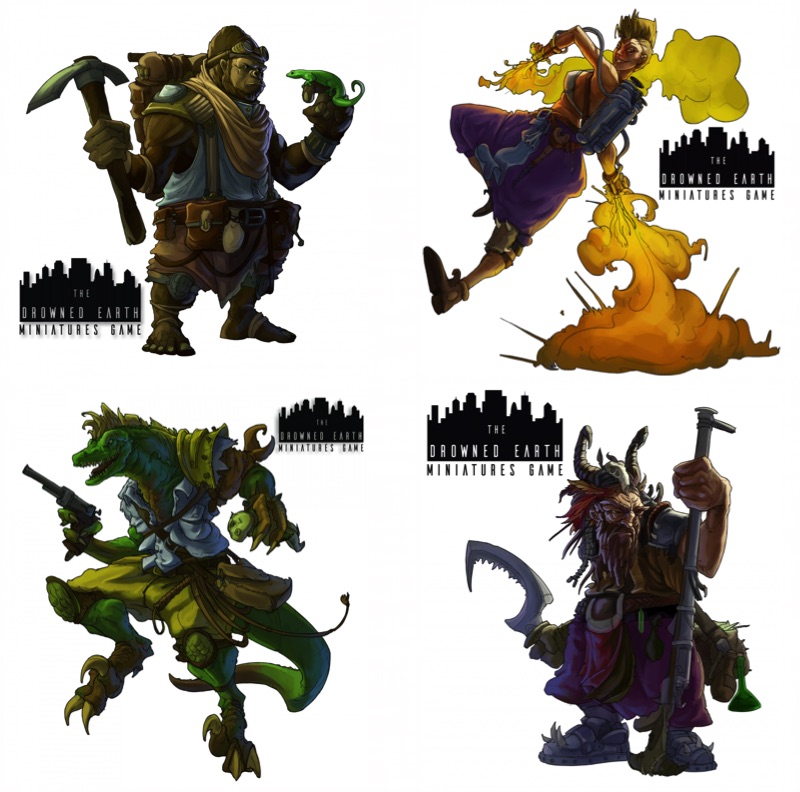 Drowned Earth is scenario focused skirimish game that only requires 5 models per side to play. It uses D5s and D10s for movement, combat, and scatter. You can try the game out before you buy in… 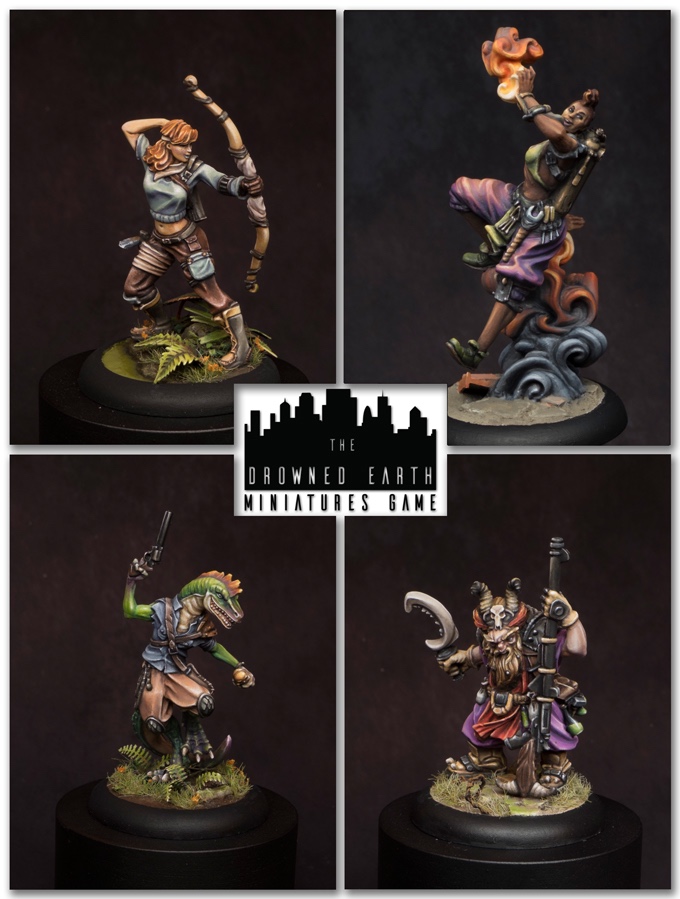 This kickstarter is fully funded and stretch goals are starting to unlock!