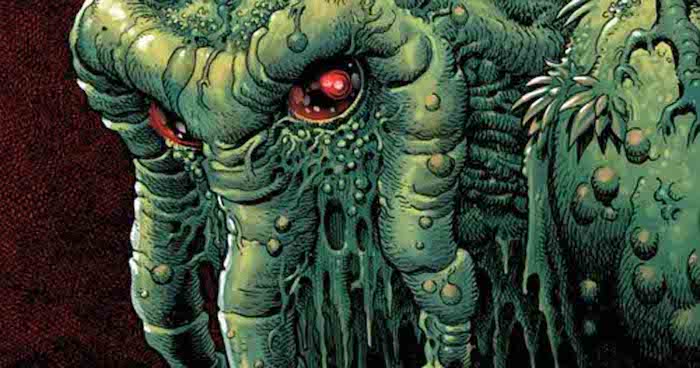 Ant-Man is a Tiny Size 80-point piece, with 5 clicks of life. He carries the Avengers, Defenders, Heroes for Hire, and Scientist keywords. Ant-Man also has Improved Movement – Ignores Characters. As a Tiny Size character, Ant-Man of course modifies his defensive value by +1 against ranged combat attacks. He also allows for any larger adjacent character to carry him, meaning he’s a portable powerhouse that can be a force for your force!

As a biochemical researcher with Project: Gladiator trying to recreate the Super Soldier Serum, Dr. Ted Sallis uncovered a plot by AIM agents to steal his work.  He destroyed his notes and took off into the swamp but wrecked his car where a mix of chemicals from his serum and mystical energies from the Nexus of Realities transformed him into the infernal Man-Thing, a lumbering plant like creature with barely any human intellect remaining and an acidic touch that burns anyone experiencing fear.

Klaw is a 110-point piece, with 6 clicks of life, as well as a range of 6 squares with one target. He can be played on both Masters of Evil and Scientist themed teams. He excels at dishing out damage and avoiding attacks, and his power set can cause absolute chaos for your opponent, and nowhere is that more evident than with his trait. His trait is called Hard Light Focused Vibranium Conduit, and it is the single most devastating power on Klaw’s dial. This power allows Klaw to be given a free action and choose a standard attack power, allowing Klaw to use that power this turn. He’s a completely turnkey character, allowing you situational control of your board.