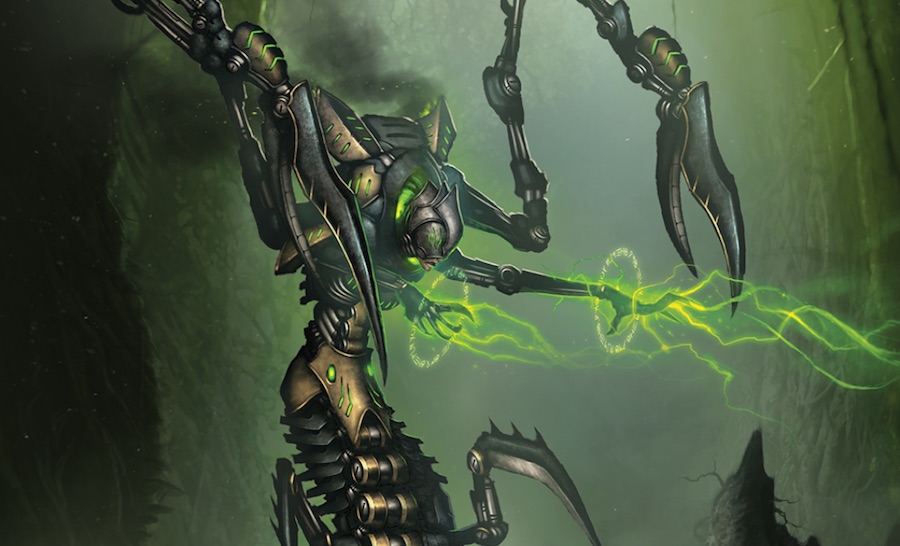 Cryx’s newest caster is the second verion of Mortenebra.  Come check her clinical and nasty way of war.

This is Mortenebra 2 with a whole new spin on how she delivers infernal powered Cryx jacks to the enemy.  She is still a jack caster , similar to her first incarnation,  and uses a whole new bag of tricks to get the most of these machines.   She has 27 jack points and is Focus 7. She can ignore enemy spell buffs and hits the enemy really hard when it counts.  If this is something you are looking for, Mortenebra Numen of Necrogenesis might be the Cryx caster for you! 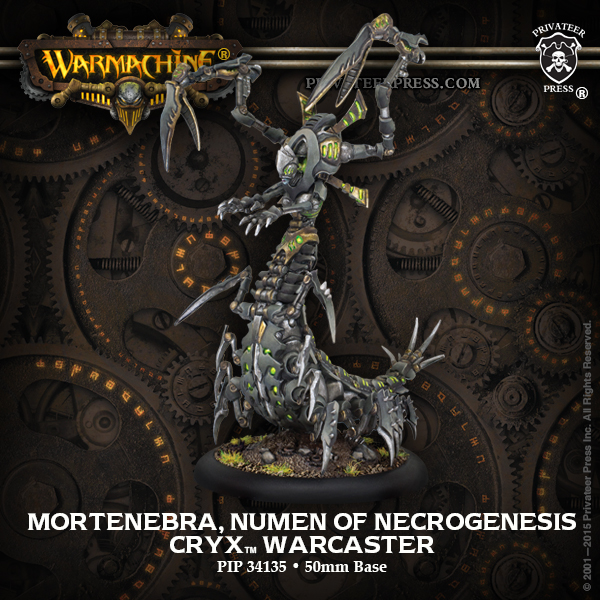 Mort lost her buddy Skarlock in this iteration but, she can now take the Combine or a normal Skarlock buddy.  She has ok defensive stats with DEF14 and ARM17 and 19 boxes.  She will still mainly depend on jacks to destroy her enemies.

Mortenebra is armed with 2 RNG2 POW14 claws so she can back a decent punch if she has to get down and dirty.

Field Marshal Salvage: If your Seether only has a couple boxes left , this could bring it back to fully functional so it can keep on living.

Steady: Being immune to knockdown is always a great ability.

This is a really nasty feat but, it does have a limited range of command. Mort is SPD6 and her command is only 9 so it has about a 15″ to 18″ threat max.  However, only the jack needs to in range not the enemy which means the 4″ reach models or a colossal can be really far away and still benefit from it.  Also, the jack giving flank does not need to be in as well.

Mort wants jacks for her feat but, Spellpiercer helps ranged models as well. She probably wants some cheap hard hitting jacks to get in position for flanking with the real stuff.  With some shield guards and a little support you can cause a lot of headaches for the enemy. Check out this list below:

I like Mortenebra a lot.  Probably more  then I should.  I like the idea of a evil Convergence of Cyriss machine mother.

I give Mortenebra  an A- but I am not being impartial haha.

~What do you think of the new cCyx caster BoLS?  Do you like the model or how she works?  Please share in the comments below.