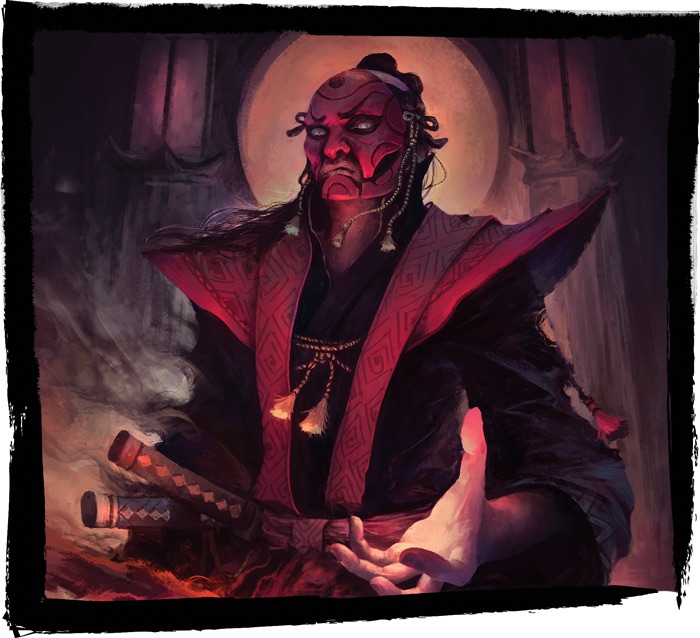 The flow of battle can change in seconds. When vying for glory, your wits must be as sharp as your swords.

That’s right friends, today we’re back with a look at how conflicts play out in Legend of the Five Rings (coming soon from Fantasy Flight Games). Last week, we talked about the Conflict, Fate, and Regrouping Phases. And as was mentioned then, conflicts are where all the plans, schemes, pieces of equipment and characters clash head on in a battle for glory.

Just a brief recap of how the Conflict phase works: players take turns declaring attacks. These can be either military or political attacks (and some Clans will be better suited than others to carrying these out), but only one of each type is allowed to be declared by the players–meaning you’ll have a maximum of four conflicts total per turn.

The attacking player declares a conflict, picks a province to attack, and sets the elemental ring of the conflict (which gives special benefits to the attacking player if they win), but as we mentioned last week, only the winning player gets anything, so if you’re going to attack you’d better be prepared.

So here’s a quick breakdown of what an actual conflict looks like.

As mentioned above, players take turn declaring attacks on an opposing player’s provinces. If you recall from the article on the Dynasty and Draw phases, each player has four provinces which are laid out facedown. When three of these provinces have been broken (see below), their stronghold is vulnerable to attack–breaking the Stronghold is how you win the game. 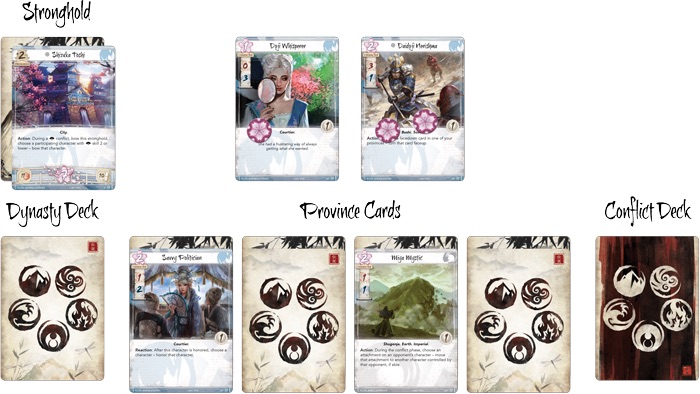 So these provincial attacks are the means by which your victory can be attained. But before a conflict is even declared, there is an “action window.” A moment when either player can play out conflict cards and abilities to prepare for the attack. Players might activate a hero’s abilities, for instance. 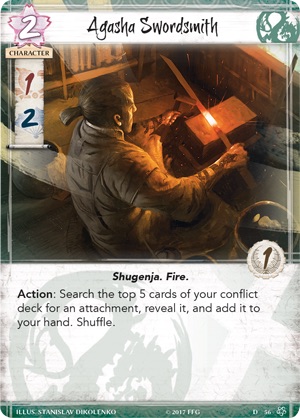 Once the action window has been closed and the attack declared, the targeted province is revealed–and each province will have its own accompanying effects. They list an example card that changes the element type of the conflict (which synergizes with one of the sample character cards). But even then, the fight is far from over. After the province is revealed, the attack begins in earnest. 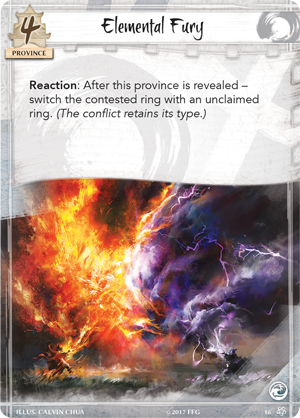 Characters are sent to attack and defend the province, represented in game by moving any characters that are readied to the province in question so that they may attack or defend as needed. This is done all at once, and the total relevant skill total of the characters are compared, with victory going to the player with the highest number. In order to “break” a province, the attacking player must beat the opponent’s opposing score by a total number that is equal to or greater than the province’s rating.

For instance, an attacked province has a rating of 3. It is defended by a trio of bushi with a total military rating of 9. The attacking player will need to muster a total of 12 if they wish to break the province. 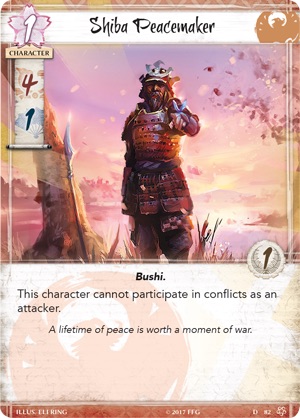 Conflict, of course, is much trickier than that. The tide of battle can turn in moments as players play out cards from their hand of conflict cards, or activate the abilities of characters. In the example of play they list, the battle is joined unexpectedly by a courtier, which in turn shames one of the characters–but legendary swords are given out to help balance the flow of the fight. 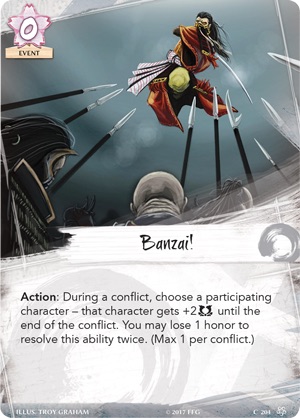 Conflicts are risky–but rewarding, in L5R. The truest test of a Warrior’s mettle, whether military might or diplomatic deviousness.

Read More about Conflicts in L5R

And remember that no matter the Clan, Mantis will always prevail.