40K: Eighth Edition has Arrived – Get your T-Shirt and Free Battle Primer

Eighth Edition has landed. Time to start arguing about how it’s the best/worst edition ever. Here’s some free rules to start you off.

Eighth Edition’s out for real! Games Workshop is celebrating the launch with a big old party. Well, they’re celebrating by releasing a free Battle Primer so that everyone who wants to can get started, as well as by offering up a swanky t-shirt.

The Battle Primer is a nice packet of information–and it does exactly what it says on the tin. It comes with all eight pages of the core rules, but goes beyond just the basics. In addition to the basic rules (which, we’ve mentioned previously, are pretty streamlined and accessible), you’ll also get a sample turn of play, complete with diagrams and step-by-step walkthroughs of some of the most common situations in the game (as well as a couple of weird rules interactions). And on top of that, you get a sample mission so you have the framework you need to crush your enemy as he sits across the table from you, looking smug because he bought a t-shirt. 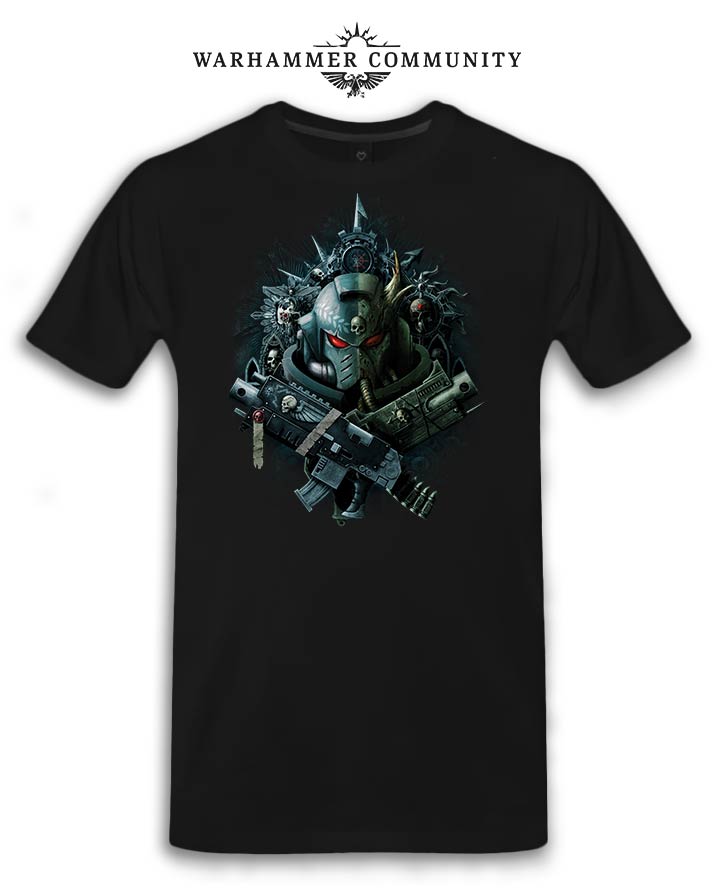 Of course, once you’ve read the rules, you should check our series on rules you might have missed. There are some interesting rules interactions out there. And especially considering how fast the game is, you might need to have a handy list of questions and answers ready in case you need to settle a dispute on the tabletop.

Good news! GW has got you covered once again. In addition to the Battle Primer, they’ve also posted up their designers commentary, so you can get a look at the thought process behind some of the rules, as well as get a look at some interesting, corner-case rules analysis. It’s a little more like a FAQ, so if you need some cold hard facts to back up your arguments, it’s the place to turn.

The Battle Primer is designed to be a foundation for the game, available to all players. While you’ll need the rulebook for the advanced rules and three ways to play, the Battle Primer contains the Core rules of the new edition, as well as an example of a game turn. There’s even a scenario for you to play! Download the Battle Primer in your language below. Future releases will contain rules in the box, so you’ll be able to get stuck in as soon as possible.

If you have questions about the rules in the new edition, you’ll want to read the Designers’ Commentary. We’ve had all sorts of queries about the rules and our team have written a document designed to explain the core principles behind the game, from coherency to characters, to dice rolls themselves. Whatever your level of experience, it’ll be sure to be a valuable resource in any of your games.

Check out the Battle Primer and Designer’s Commentary here

Want to see more 40K? Check out our Twitch stream and see some gameplay in action.