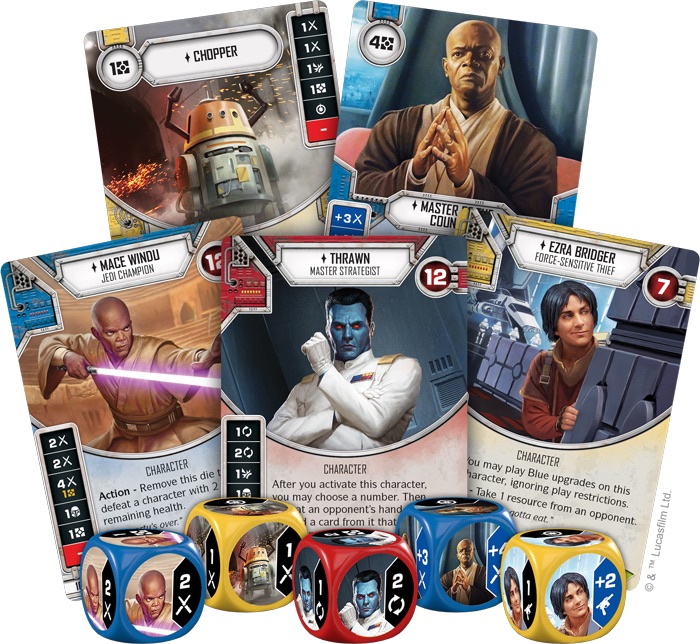 The next expansion set for Star Wars Destiny has been announced – Empire at War is coming your way! 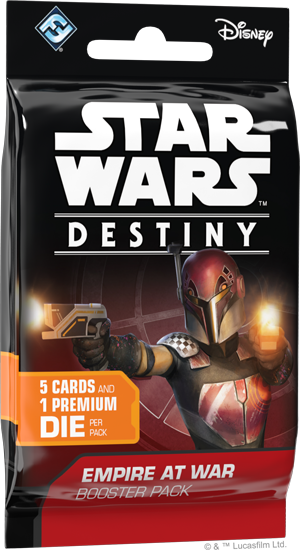 “Fantasy Flight Games is proud to announce Empire at War, the third set of booster packs for Star Wars: Destiny™!

Empire at War emulates the chaos found in the Star Wars galaxy during its darkest times with themes that disrupt your opponent’s board and decimate their best laid plans. These 160 brand-new cards will focus on taking core concepts of Star Wars: Destiny and throwing them into disarray.”

You can read the full announcement HERE. For now, let’s just take a look at the cards: 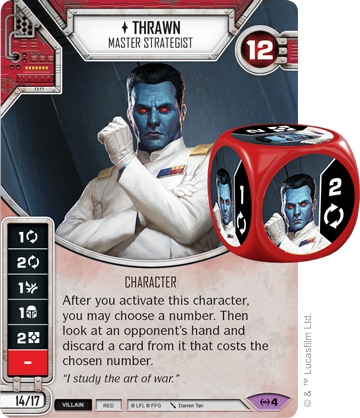 Fan favorite Thrawn is coming! And his ability is down right MEAN. His die isn’t particularly offensive, but getting to look at your opponent’s hand and forcing them to discard is just rude. He’s also a red hero and there are lots of cards that would work on doing the damage. He would make for a rock-solid support character. 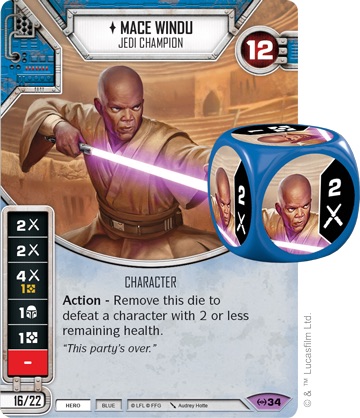 Mace Windu is coming to punch your face in. First off, his melee damage is pretty consistent. Three of the six sides are doing melee damage which makes him a threat that has to be dealt with. On top of that, he’s the best at removing characters from the game with a finishing blow. It doesn’t matter how many shields you have, when you get to 2 heath, Mace can finish you off. 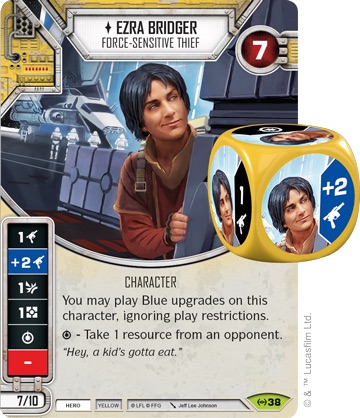 Ezra Bridger is from Star Wars: Rebels and has a pretty cool unique ability. He’s force sensitive so he can equip blue upgrades – that opens up some interesting combos with the way Yellow upgrades and Blue upgrades can both be used by Ezra. But keep in mind, according to the basic deck construction rules, in order to have Blue cards in your deck, you do need a Blue character. So pairing up Ezra with another Heroic Force user will allow him to hopefully mature into a late game combo character with Yellow and Blue upgrades. I’ll let you figure out the possibilities for that one… 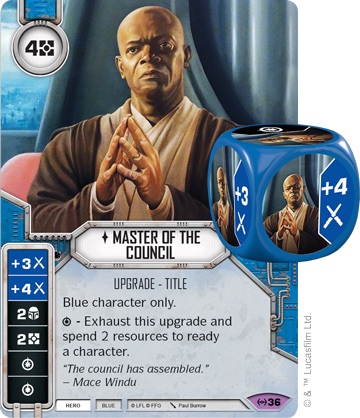 Master of the Council is a natural fit for Mace Windu. If you are able to get this card in play on Mace, I would almost feel bad for your opponent. Almost. The bonus Melee damage is brutal, but this also allows the character to generate shields, resources or ready another character for 2 resources. 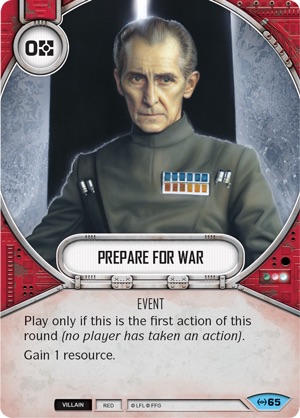 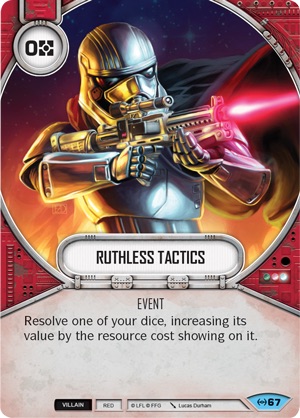 Ruthless Tactics is exactly what it sounds like. There are a number of Red dice that could benefit from some extra punch. Now, most of those are only going to be an extra point or two but that could be enough to tip the scales. 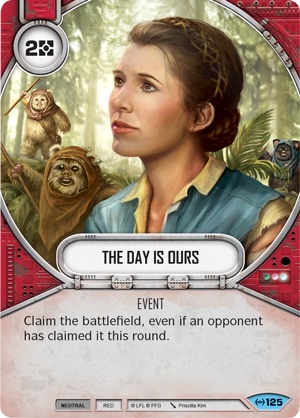 The Day is Ours is a sneaky little card! Claiming a Battleground allows you to use the ability and this card allows you to take an already claimed battleground. Most of the effects are pretty useful so that could come in handy. 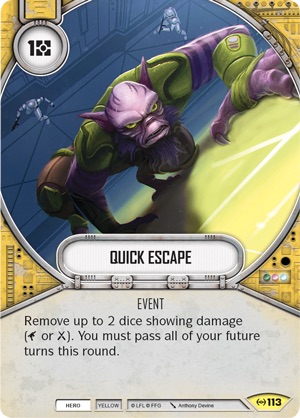 Quick Escape is a great card to play when you need the turn to end or if you just want to avoid getting attacked by up to 2 dice. It’s perfect for ducking out on a bad round or preventing your opponent from getting a killing blow.

That’s all for this announcement’s teasers. We’ll be keeping an eye on Fantasy Flight Games for more teasers from this set.