Get a preview of this month’s upcoming new releases. Primaris, Plague Marines and more.

8th Edition is coming in hot. The coming weeks will see the release of a few new models. The Primaris train continues to build up steam with some new units inbound. We have a little more information now on those Primaris Reivers that were mere rumor yesterday. Check out the new models and a first look at first strike below. 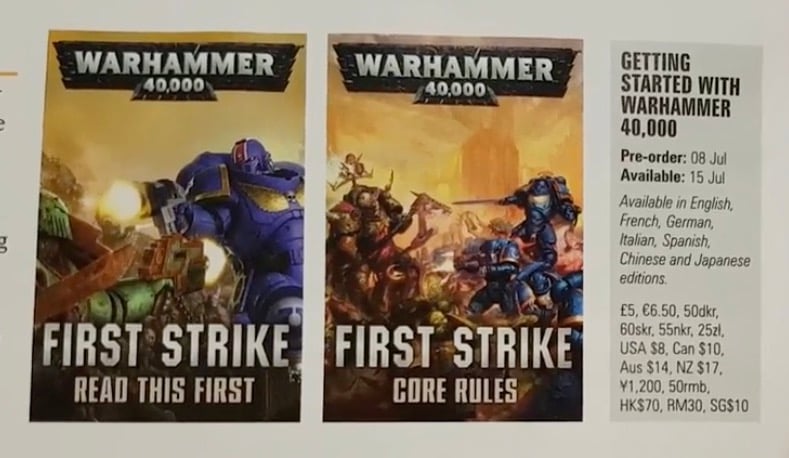 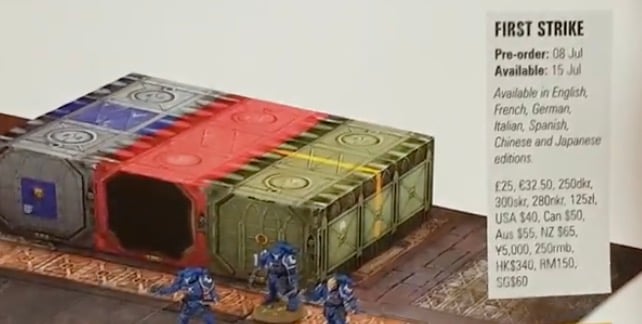 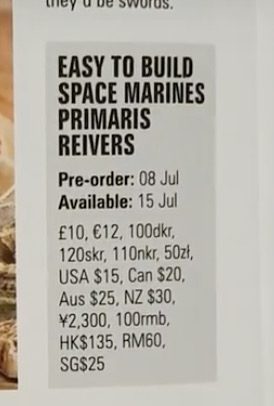 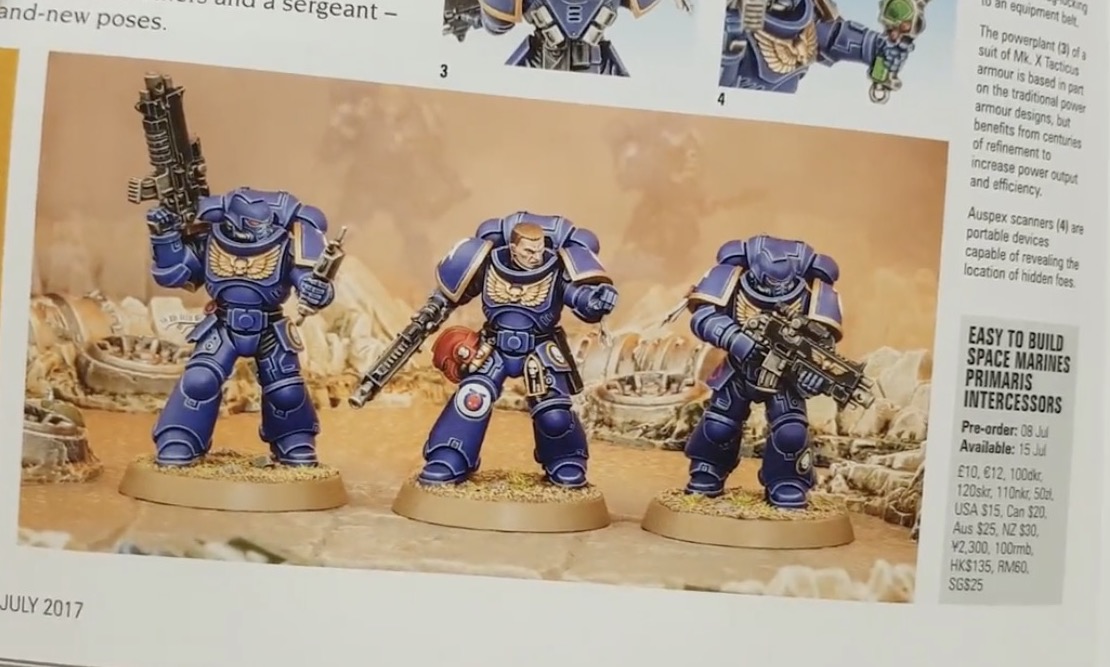 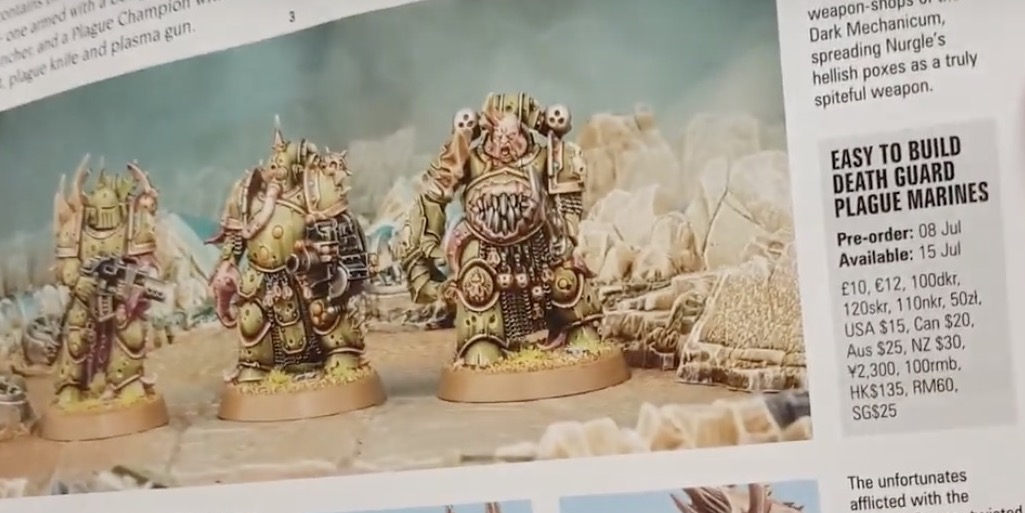 Except for the Reivers, these easy-to-build models look like their “normal-to-build” counterparts from the starter boxes. The Reivers look cool–like some new type of scout Primaris, I’d wager. They’ve got combat knives (you can tell their knives because they’re only as big as their thighs) and pistols, and with those skull masks they practically scream, “we’re sneaking up on you so we can murder you to death.”

Now how anything that massive manages to be stealthy is beyond me–but I guess we’ll see once the models come out.

First Strike is a new starter set, a little more streamlined than the Dark Imperium, but it looks like it comes with some new sculpts, which is pretty cool. Or you can grab Getting Started with Warhammer for $8 which is just a guide to getting started and a Primaris Marine that you can assemble and paint with the tips they give you in the book.

All in all, looks like we’re going to keep seeing more Primaris coming down the pipeline–they’re the new hotness, so, we’ll see what else they get. We’ve seen Primaris Apothecaries and a Primaris Librarian, now all we need is a Primaris Techmarine and a Primaris Chaplain and we’ll have the full set. 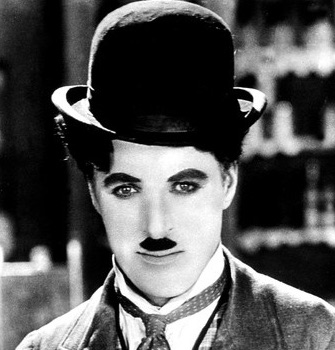 …no no ChaplAin we said…

And be sure and stay tuned for announcement of a new Hard-to-Build line of models that come pre-treated with superglue but only in places where it makes sense to grab them.