Those maniacs! They blew it up! Well. They made a board game about Planet of the Apes, anyway.

WYSIWYG Games will be bringing you into the future (although you might think it’s another world) next year, when the Planet of the Apes takes over your tabletop. With the 50th Anniversary of the classic Planet of the Apes film around the corner, we’ll be seeing this board game hit Kickstarter alongside the festivities. It’s an exciting time, with the promise of crazy three dimensional game boards and strategy and the opportunity to tell the other players to get their stinkin’ paws off of you. Or that they’re just so ugly. Or any of the other classic lines from the franchise (because if there’s one thing you’re quoting day in and day out, it’s Escape from the Planet of the Apes).

Planet of the Apes Board Game

Developed by Hervé Sagnier, creator of Z First Impact, Planet of the Apes: The Miniatures Board Game is an action packed game of combat and strategy for 1-4 players.

Players will command teams of apes or humans battling across innovative, three-dimensional game boards as they battle for the future of the planet. e game will include dozens of nely detailed plastic board game miniatures, multiple game boards, and numerous high quality components. More information will be released over the coming months.

The designers have been showing off new model designs and prototypes over on their Facebook. Including a render of the star of the show… 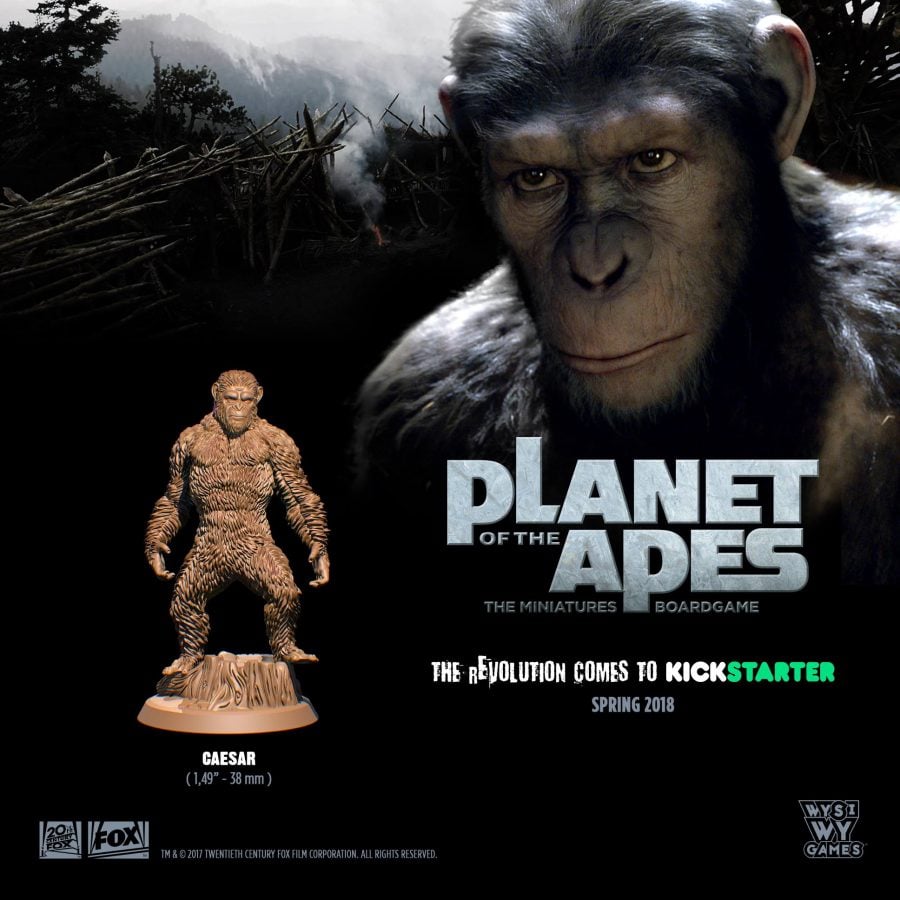 This game takes advantage of its characters’ ability to climb – the playable surface goes vertical in the form of giant trees.

No word on whether or not these three dimensional game boards will come with their own Statue of Liberty (or if you’ll be able to blow it up), but I imagine we’ll see at least some part of it.

The real question is, will this game honor the musical?