Wyrd: Adeodatos Commander of Cult of the Burning Man 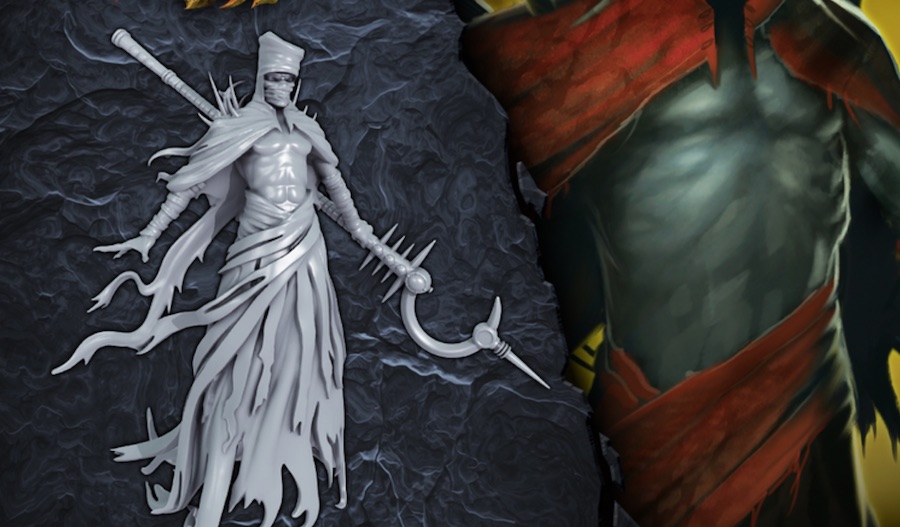 Adeodatos is the first follower of the Burning Man, and perhaps the one who channels his energies with the most clarity. Born as Ephraim Wade, he had a vision of the future – a future of fire. Ephraim spent some time preaching his strange prophecies to the people of London, and as his foretellings grew in significance, he drew the attention of the King’s Empire.

The Empire government arrested Ephraim and turned him over to its Extraordinary Cases Bureau, but that did nothing to dull the fire that was within him. As the Burning Man appeared over London, the Extraordinary Cases Bureau realized that Ephraim’s prophecies had come true and released him from his cell. As soon as he stepped outside and into the glow of the Burning Man’s light, the transformation wracked Ephraim’s body. He shed his previous existence and became Adeodatos.

Adeodatos is now the chief cleric of the Cult of the Burning Man. His control over the magical energies that pour through him is immense, and his mastery over dimensional rifts is unparalleled. This has made him a figure of awe and reverence among the Cult. 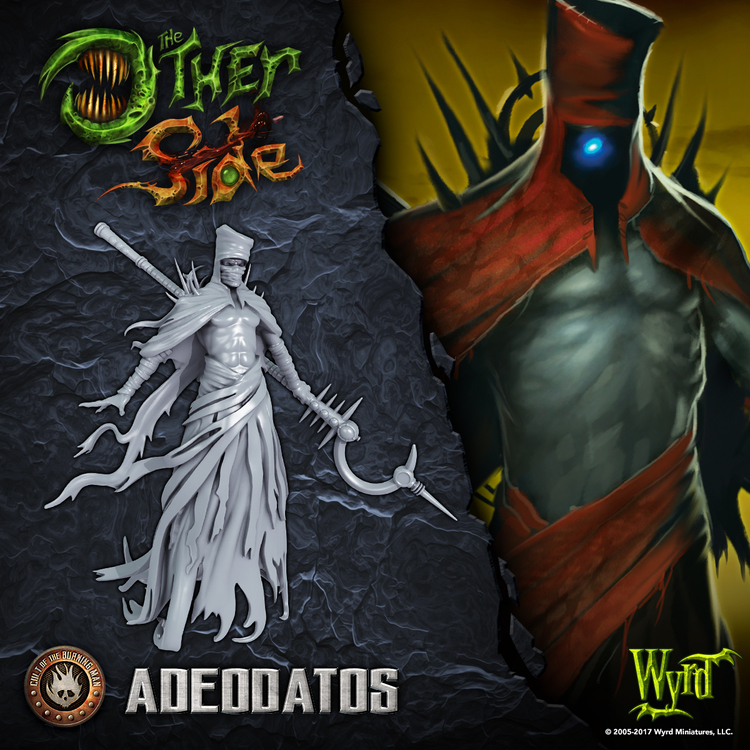 Adeodatos is definitely a backfield Commander who prefers to use Magical ranged attacks and Portal manipulation to deal damage and support the Cult’s forces. Finding the right balance between support and offense can be tricky, but doing so will turn Adeodatos into a true terror on the battlefield.

Find out more on Wyrd’s forums!