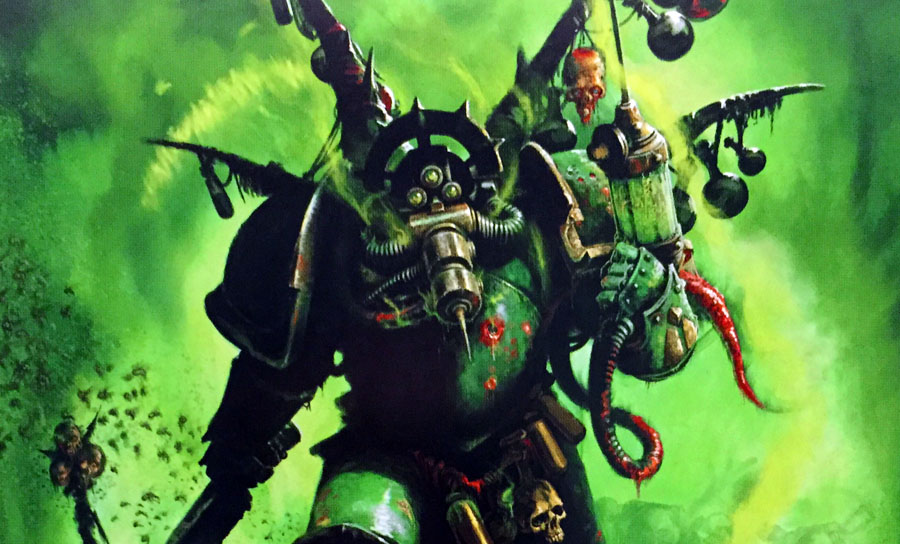 The Death Guard RULE grenades in 40K. Meet the man who makes it all possible.

Today we are talking to talk about the miniature and the rules combo that will get everyone quaking in their boots, from Imperial guard Conscripts all the way up to Knights.

Today we are talking about the undisputed MASTER OF GRENADES – the Biologus Putrifier.

So what are we talking about, and why is this guy so important? On first glance, the Putrifier doesn’t look so hot. 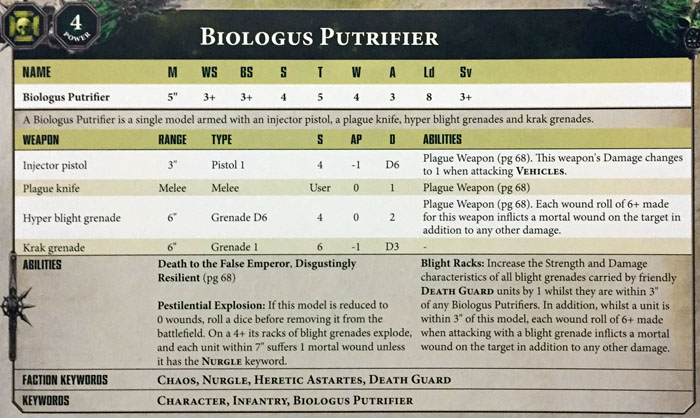 Stat-wise – he’s nothing to write home about.  He’s a standard 4W Elite support character, like the Tallyman, or a Marine LT. Why you are really taking him is his Blight Racks special rule. This makes the Blight Grenades of any Death guard units within 3″ +1S, +1D. His own weapons aren’t particularly dangerous, aside from his Hyper Blight Grenade which he apparently likes to hand out to his buddies. Then note that the Grenade attacks by his buddies also get a bonus Mortal Wound on a to-wound roll of 6. Neat, but still nothing to write home about.

First we are going to place him right behind, of bubble wrapped by a large squad of Plague Marines. Let’s say 20 of them. 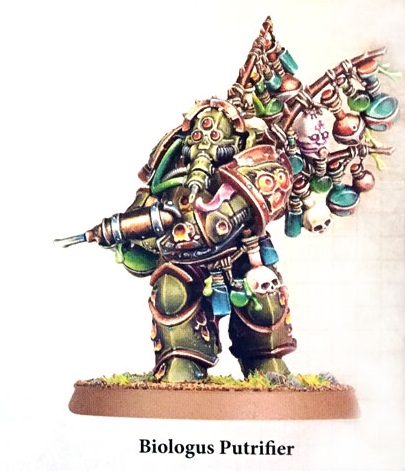 These guys are going to do whatever it takes to get within 6″ of a target. This is easier than you think in 8th by advancing early game, then moving up, while rapid firing, then finally getting in grenade range. Also remember to keep this squad under the Cloud of Flies stratagem early game to keep them alive.

Now you got them within 6″ of the badguys – you will spend 2 command points on these two stratagems: 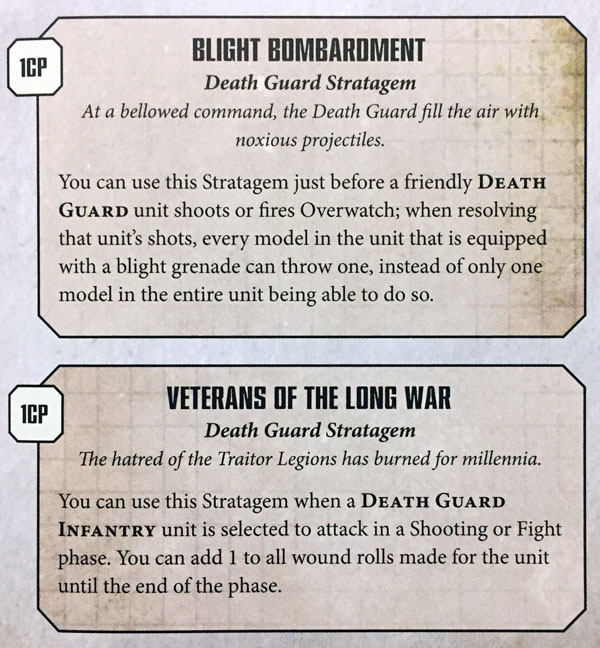 Now let’s think about what this does:

THIS ATTACK IS CATASTROPHIC!

We have seen it go off in a couple of our TWITCH Death Guard games with beat up, whittled down Plague Marine squads – and it was still amazing.  In one game only 7 marines throwing grenades with the full combo took down a fully intact Redemptor Dread in one shooting phase.  In another, a giant squad of Termagants under Venomthrope protection was almost wiped out.  This attack in extreme cases can take down an intact Imperial Knight.

So be ready for it and expect it. Grenades have generally been ignored by most armies in the game, but watch out, because the Death Guard are a whole different animal and the Biologus Putrifier is a nasty piece of business. Just as Grandfather Nurgle demands.

~What do you guys think of the guy?