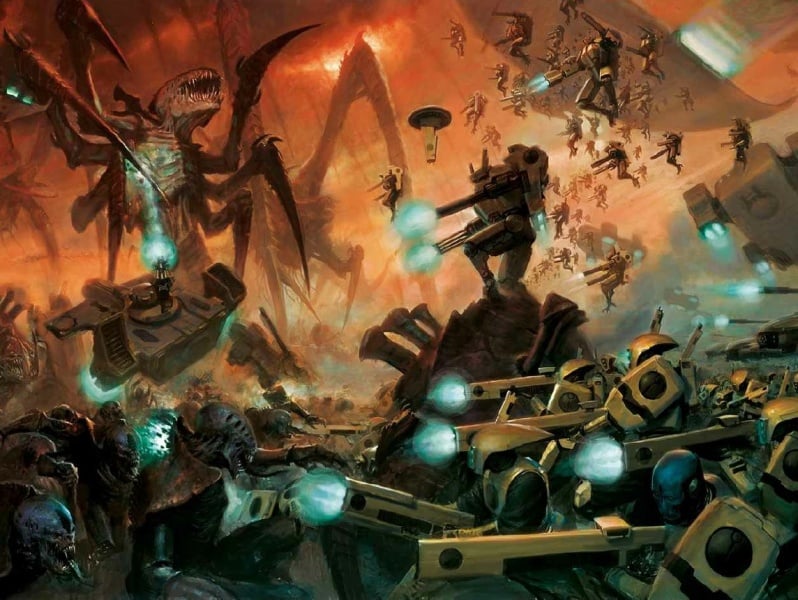 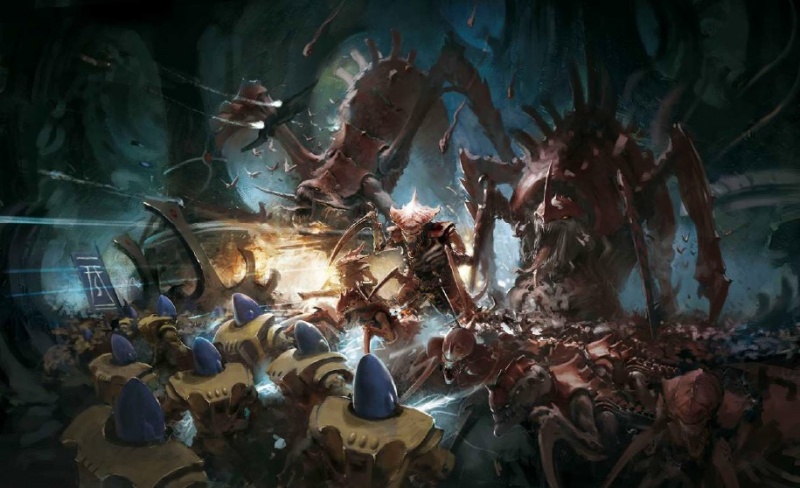 The Tyranids are coming in November and we’ve already got our lists of Hive Fleets ready!

Photographic evidence dropped that the Tyranids are coming in November. As a Tyranid player I can’t wait to see what GW has in store for us. Based on the format of the current codexes we have a pretty good idea how this is going to shake out, too.

That has pretty much been the same format and list of new things for each and every codex. I’m very curious how each and every one of those sections is going to shake out – but I’m most excited about the Sub-Faction rules. It’s going to be Hive Fleets…it the only logical option.

I’m guessing that each Hive Fleet with come with their own “Hive Fleet Rules” exactly like Chapter Traits, Doctrines, Dogmas, etc. What each of those Hive Fleets will do…I don’t know (although I’m crossing my fingers we get one that causes a -1 to hit outside of 12″).

That said, I have a list of Hive Fleets that I want to see, and a few that are pretty much locked-in. 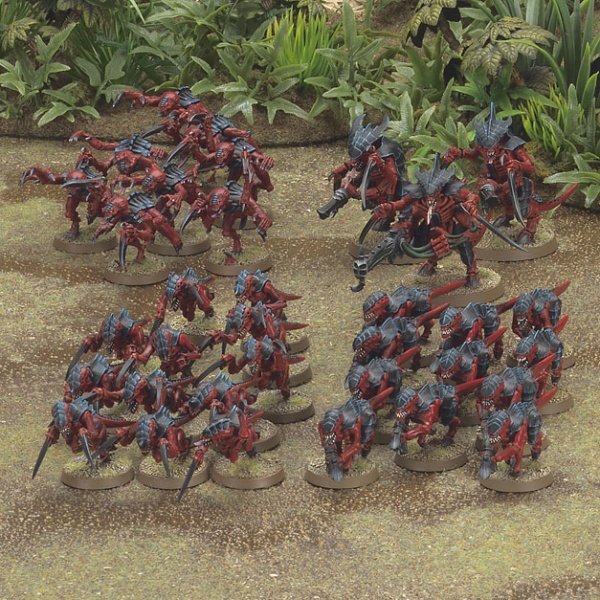 This one is a gimme. Hive Fleet Behemoth was the very first  Tyranid Hive Fleet. It’s basically the “Ultramarines” of the Tyranids. I’m betting they will have the most generically useful trait/options. 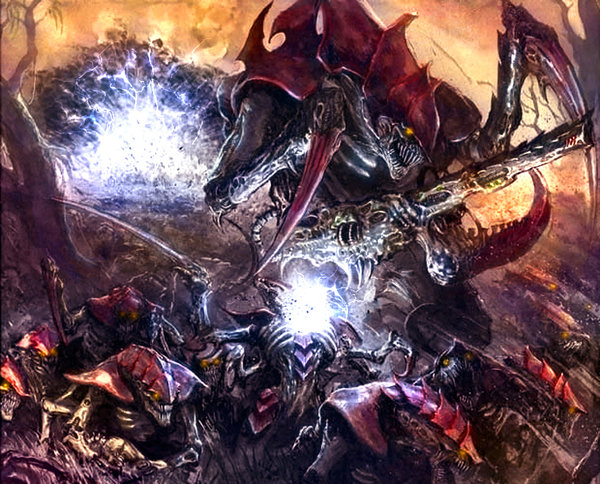 Kraken was the second major TyranidHive Fleet to invade the galaxy. It was responsible for the Second Tyrannic War, occurring in 993.M41.

Number 2 on our list is Kraken. It was the second major invasion force and it fits. Kraken was also the more successful of the two invasions due to the fact that it’s tendrils spread out far and wide vs Behemoths rush directly at Macragge. Remains of Kraken and splinter fleets are still causing trouble on the Galactic East. 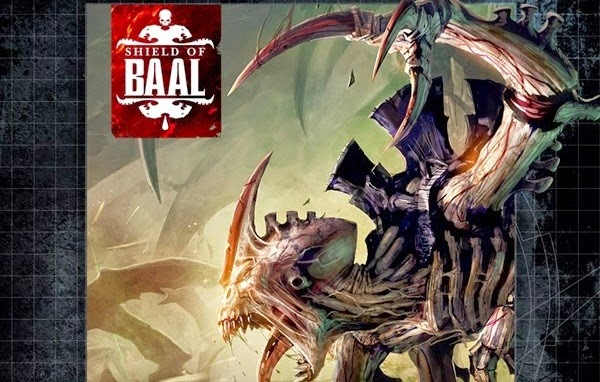 Hive Fleet Leviathan is the largest and greatest TyranidHive Fleet to invade the Galaxy. It attacked in 997.M41 from the galactic south. Unlike the majority of previous Hive Fleets that attacked from the Eastern Fringe, Leviathan instead skirted under the galactic rim of the galaxy and then pushed upwards through the galactic plane, spreading its forces across a broad front that covered the Ultima Segmentum, Segmentum Tempestus and even into the Segmentum Solar.

Leviathan is third on our list and poised to cause the most damage out of all the other Fleets. It’s massive. And it’s also attacking from the southern galactic plane. Also, unlike the other fleets, it’s able to strike almost directly at the heart of the galaxy. This is the one Fleet that could cause a real problem for Holy Terra. If it managed to get a tendril over the Solar System, who knows what the impact would be on the astronomicon… 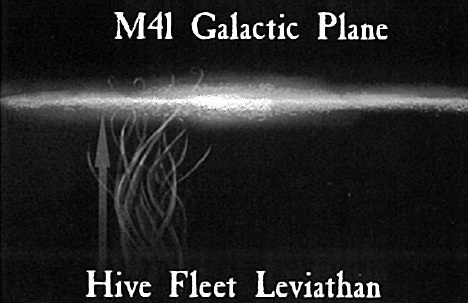 Alright – those three were pretty much set from the time we figured out the format of GW’s codexes. Now – it would be interesting if there were more than 5 Hive Fleets – Emperor knows there are a ton of splinter fleets floating around out there. That said, we’re only going to list a couple more – these are the large ones that we feel have a good shot at getting actual rules in the book. 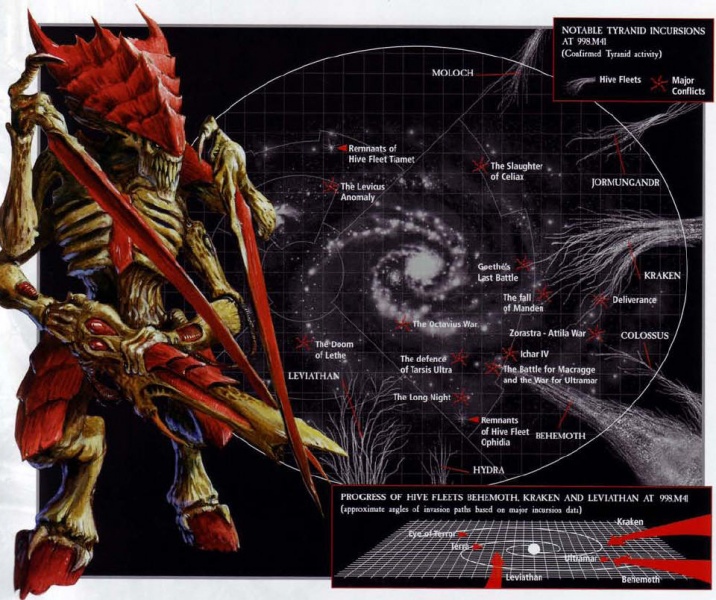 Hive Fleet Jormungandr is a small Tyranid Hive Fleet that entered the Imperium from the North East of the Ultima Segmentum. It was destroyed by Admiral Vortigern Hanroth at the Battle of the Black Nebula in late 995.M41.

Despite the fact that this fleet was “destroyed” it’s threat has never fully gone away. In fact, when Hive Fleet Leviathan kicked off the Third Tyrannic War, many of the dormant strains woke up and caused problems for the Imperium. It would be interesting to see how that could be reflected in their rules on the tabletop.

Hive Fleet Gorgon was a TyranidHive Fleet which invaded the Tau Empire in 899.M41. It was relatively small compared to other Hive Fleets, but it was exceptional for its ability to quickly adapt on a biological level to new circumstances of battle. In fact, Gorgon manifested more bioform varieties than any other Hive Fleet. This rapid pace of adaptation may have been unique to Gorgon, or it may have been a response to conflict with the Tau, a race who are also highly flexible and adaptable but on a technological level. Gorgon was destroyed in 903.M41 by the combined forces of the Tau and the Imperial Guard.

Gorgon is noted for it’s ability to rapidly adapt. I think that’s one thing that the Tyranids on the tabletop do a poor job of reflecting. I’d like to see Gorgon change that perception. 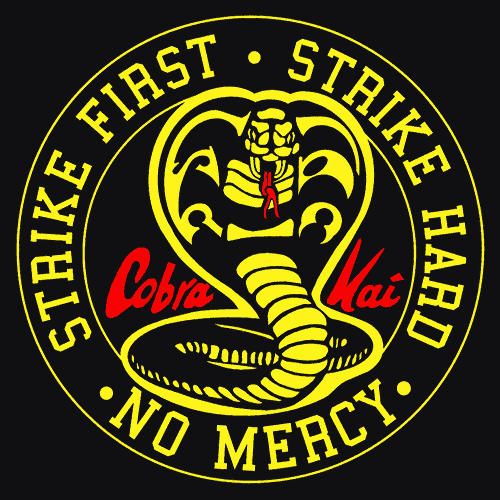 This is the one fleet that could sweep the legs out from under the Imperium.

What Hive Fleet are you hoping to see in the up coming Codex: Tyranids? What aspects of their lore would you like to see reflected in their rules?