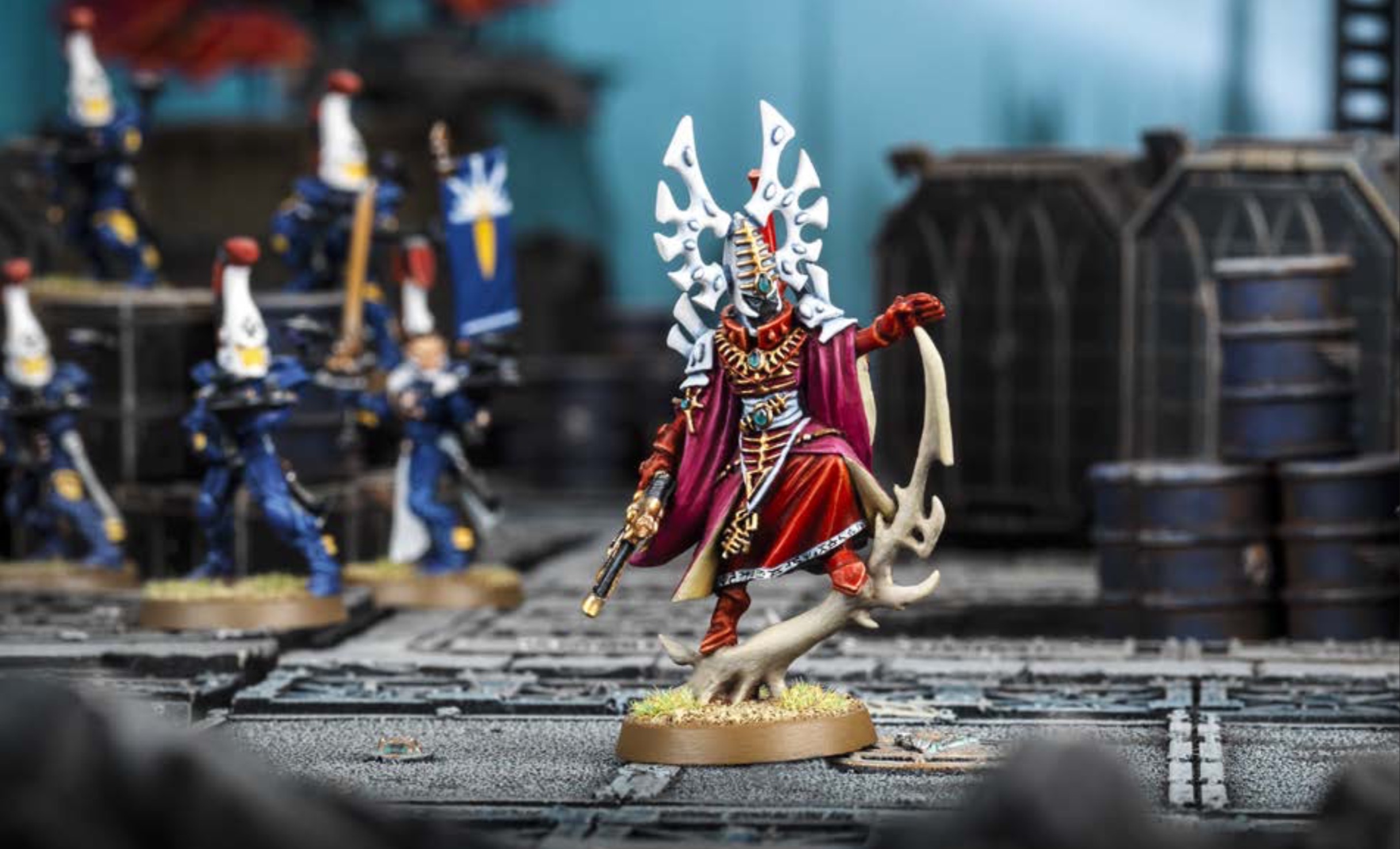 The Eldar’s new unit is here, and we just want to sing its praises. And also bones.

As we’ve previously talked about, the only thing scarier than a skeleton is a skeleton with a ghost jammed inside of it–and so, with American Hallowe’en around the corner (you can tell it’s close because Canadian Halloween was about a month or so ago) it seems somehow fitting that GW should release the rules for a model that is responsible for singing to the magical ghost skeletons of the Eldar.

Seriously though, this model is pretty sweet. It offers some much needed support for your Wraith constructs and vehicles, keeping them in the fight well past the point that you’d need them. Or, if you don’t need to fix your vehicles because you’re playing Alaitoc and have managed to make your vehicles -2 to hit on top of everything else, you can still Smite with these guys. Eldar psychics: cheating your way to victory since 1987. 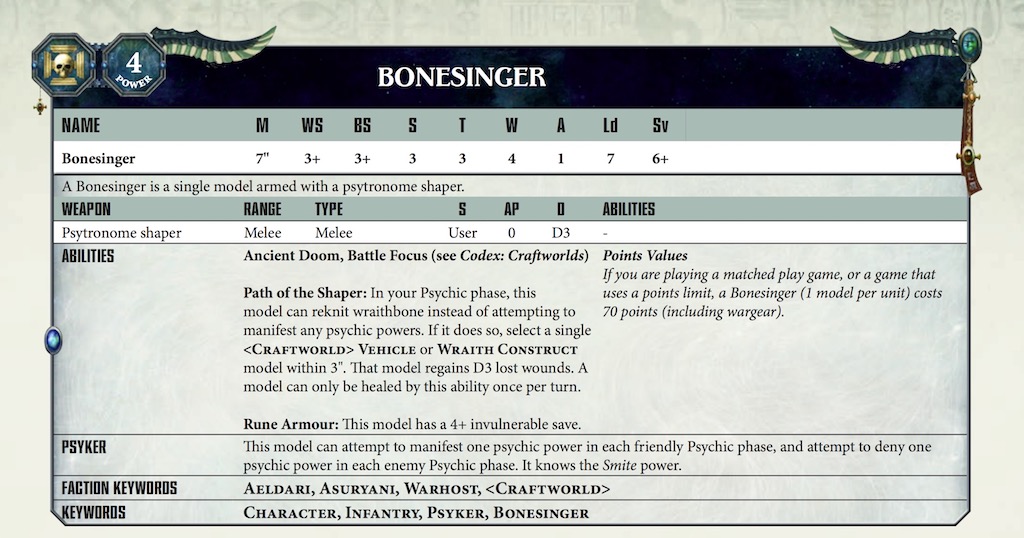 The Bonesinger is back! First seen as a direct-only model, this miniature has long been one of the rarest and most coveted in the Aeldari range. It’s not hard to see why. Wraithbone is one of the most unusual and interesting aspects of the Craftworlds lore, and Bonesingers have existed in the background of Warhammer 40,000 for a long time, and were even represented in the Dawn of War series as the builder unit of the Aeldari. It’s also just a great looking miniature.

The re-release of the Bonesinger was the perfect opportunity to flesh out this fascinating figure with a datasheet of their own. For the first time ever, you’ll be able to represent Bonesingers on the tabletop, meaning it’s not just a great piece for collectors, but for gaming, too.

With a 4+ invulnerable save, the protection of being a character, and weighing in at 70 points, this is a great elite choice to offer up support for your jetbikes, Fire Prisms, Falcons, and/or Wraithknights. Okay, so mostly they’re there to help keep your Wraithknights going because you have a problem. At any rate, this is an awesome model, it basically gives you a psychic Techmarine for Eldar units.

Bonesinger–the elf, the elf with the wraithbone touch–a psyker’s touch.