Traveling in the Imperium is risky enough. Imagine though, trying to travel across the Immaterium while the cradle of humanity is threatened by forces that would wipe them out:

For the primarchs who must confront the Ruinstorm, this reshaped reality is, on the one hand, yet another attack. It is something that they must defeat in one way or another. It is also a warning. If they fail, if Chaos should reign supreme, this is what the galaxy would become. The primarchs are indisputably powerful. They are superhuman. They are capable of the most extraordinary feats. But they are still human. It is their mistakes, their blindness, their weak spots that helped create the catastrophe in the first place.

Sanguinius, Guilliman and the Lion have just been through a lot that both united and divided them, and now they are united and divided again. Though they have a common purpose, they also have their secrets and their private curses. Guilliman was the prime mover behind the Imperium Secundus, and he has not forgiven himself for this heretical act. Sanguinius hasn’t forgiven himself either. He sees his sin as the greatest because he consented to become the false Emperor. And the Lion is a man of secrets. He keeps them for what he believes to be good reasons. But good reasons have already led more than one primarch to damnation. And then, of course, there’s Curze. Even as a prisoner, it should be a delight for him, insofar as anything can be, to see the torment his brothers are undergoing. 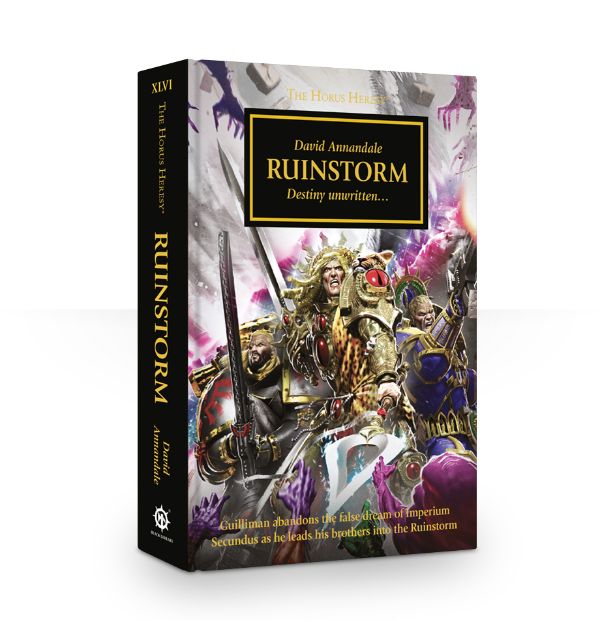