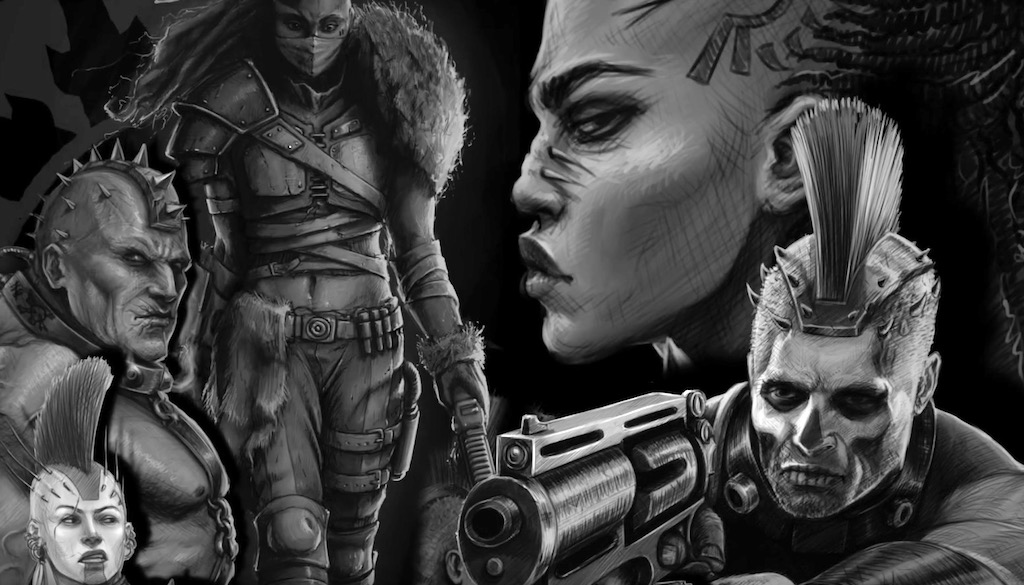 Necromunda Underhive, or Necromundahive as I believe it is more formally known, is here at last. The boxes arrived at the BoLS office, so we greedily dove into the world of barricades and bulkheads. And now that I’ve typed that out, I realize that’s the name of the RPG that exists in-universe which gangers, cultists, and just regular Imperial Citizens (are there any? I don’t think there are, I think everyone is basically a soldier, a space marine, heretical traitor, traitorous heretic, criminal, or member of the arbites) play to entertain themselves while they await their fates at the hands/claws/close combat weapons and combi-pistols of some random threat to humanity/the Imperium/existence as we know it.

Today, though, we enter a world populated by the characters who play Barricades and Bulkheads. Today we take a look inside the Underhive. As you can tell, we’re pretty excited about this. And there’s a lot to be excited about. The game looks gorgeous, the rules look fun and fairly straightforward but with enough depth and bite to keep you coming back for more. The models are incredible–and if you want to make some truly stand-out cultists or a legion of Imperial Misfits, then you should definitely pick up a box of the gangers.

There’s a lot to dig into though. In the boxed set, you get terrain, you get a modular board, you get miniatures enough to start playing–it’s got everything you need to get started, once you’re able to put together your minis. That will take some doing though. The minis are some of the more complex ones out there. I predict that I will end up with at least one entire Escher model’s worth of hair glued to my fingers at some point. They have multipart headpieces, even Goliath’s models have slots for mohawks and separate face pieces that slide into the heads.

It’s a hobbyist’s dream and an amateur’s sisyphean boulder. The game is a blast though. It comes with enough to get you started, though if you really want to play Necromunda as she is meant to be played, you’ll want to pick up the Gang War gaming supplement. It’s got all the campaign rules you remember, and I feel like that’s the way it’s best enjoyed.

Deep below the nightmarish, polluted hive cities of Necromunda, in the twisted, dark tunnels of the Underhives, rival gangs fight to the bitter end for personal power, survival and the honour of their Houses. 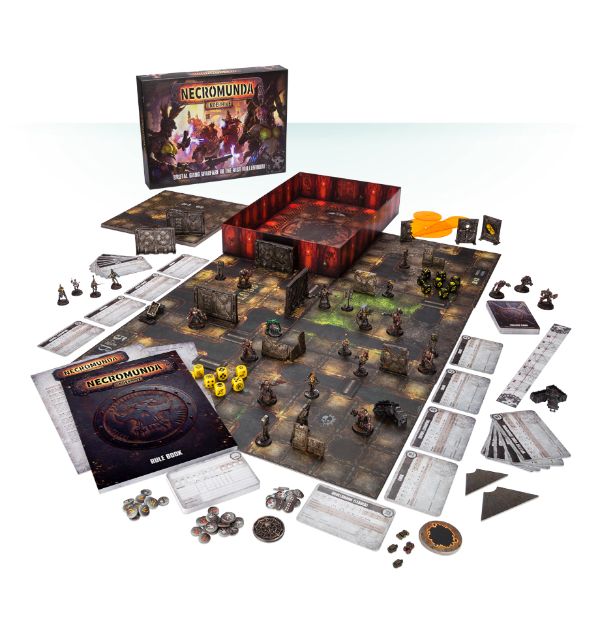 Designed for 2 players, this is a game of tactics, skill and absolute ruthlessness, set on the iconic hive world of Necromunda. Players choose 1 of the 2 included gangs in the box, and fight brutal skirmishes on the game board using everything at their disposal – ducking behind barricades to survive withering hails of gunfire before popping up and shooting back, placing and overriding traps, using the decrepit, crumbling corridors of the Underhives to unleash precise strikes before scurrying back into the dark. Survival in the Underhives is a difficult and desperate business, where violence is often the only option.