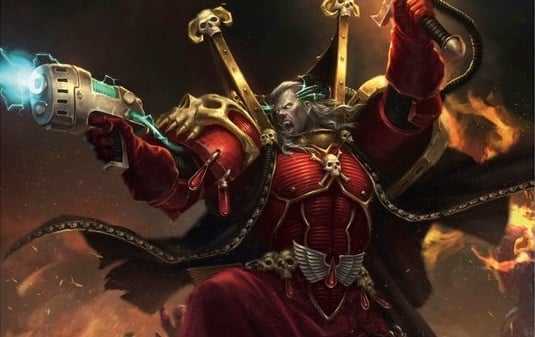 The Blood Angels are getting a full compliment of Psychic Powers – come take a look at their new ways to wage war in your MIND!

Sanguinius, the Primarch of the Blood Angels, was a noted Psyker and that trait was passed on to a great many of his genetic offspring. Today we are going to look at the three “new” Psychic Powers the Blood Angels are getting access to with their new codex. (We say “new” because if you’ve played Blood Angels in previous editions you’ll recognize some of the names.) We’re showing it off all week long on our Twitch Channel (starting at 2pm CST today – catch the previous game HERE), so come on over and check it out in action. But for now – Let’s get PSYCHIC! 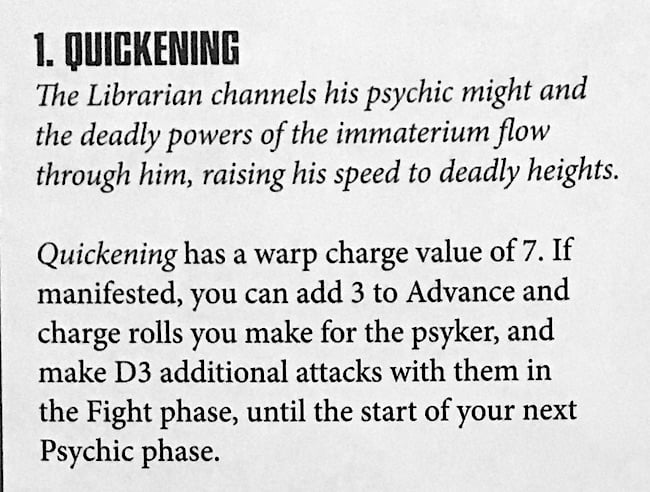 We teased Quickening in yesterday’s Stratagem Top 5 List. This combos particularly well with Red Rampage to really take your Blood Angel Psychic Characters from “mean” to “down right SCARY!” Use this on Mephiston and you’ve got a chance to do up to 10 attacks! And when he’s swinging the Sanguine Sword, those are Strength 10…ouch! There are also Librarian Dreadnoughts to contend with as well. That’s a pretty terrifying hunk of metal screaming at you… 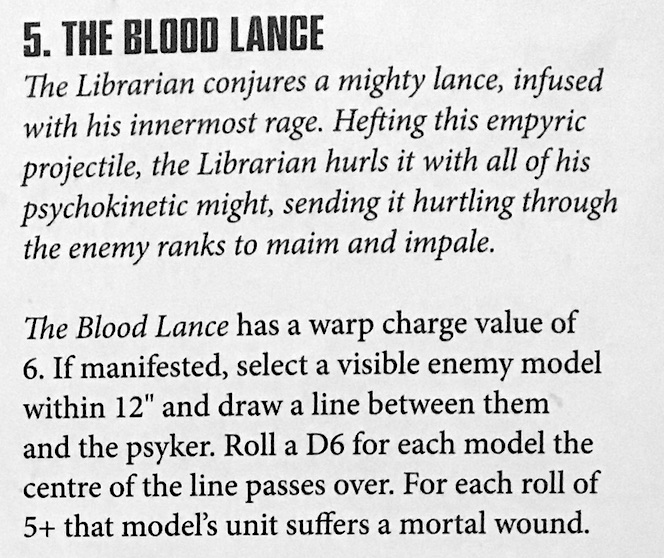 The Blood Lance is back and it’s still a straight line of DOOM. Functioning similar to a blood-laser beam, it has the potential to really nail a unit with a lot of mortal wounds. The downside is that it’s only a wound on a 5+.  If you can line up a good shot with it, Blood Lance could really do a number on those tightly packed units – or you could laser beam a flyer or something equally tough to hit. Just try to peg a few more targets when you’re drawing that 12″ line. 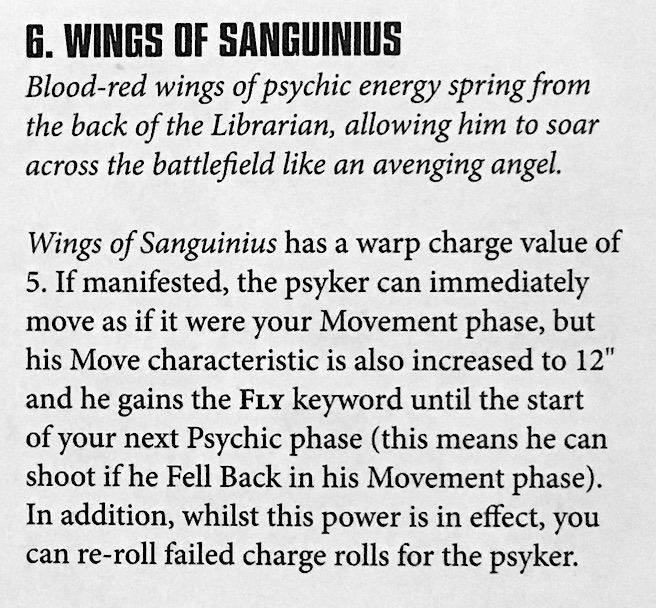 Hey, how about a free 12″ move during the Psychic Phase and then follow that up with a re-roll for failed charges? Sounds pretty good, right? It only has a casting value of 5, too! This is a fantastic power to get those Librarian Dreads into combat. I have a feeling this could be a pretty popular option for a lot of those killy Close-Combat Psykers like Mephiston.

The other three Psychic Powers are not all exact copies of their Index versions. One of them (Unleash Rage) is basically the same – the other two have been tweaked quite a bit. Shield of Sanguinius dropped from a 4+ Invulnerable to a 5+. And Blood Boil got a pretty big overhaul. It can still generate 3 mortal wounds total, it just got a big drop in range (6″ now) and the way the Toughness stat is used is different.

If you’re keeping track at home, that’s 3 “Buffing” powers, 2 “Direct Damage” powers, and 1 “Defensive” power. It’s not a bad mix when you add Smite in the mix. Hopefully that will give BA players enough to work with during their Psychic Phase. If not, there is always the FIGHT phase!

What do you think of the “new” Blood Angel’s Psychic Powers? Do you have a favorite?