Black Library brings us a story of Witch Hunters and Chaos Cults in the Mortal Realms.

Today’s story is something of a witch hunt, in which witch takers find themselves going up against witches which witch at them mightily with their magics. 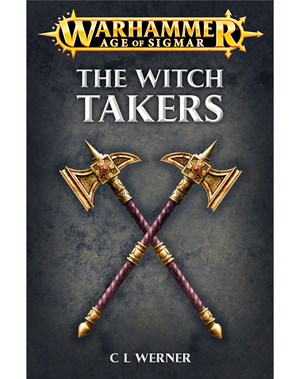 Tracking the stolen contents of a Chaos warrior’s tomb, a pair of Sigmarite witch hunters are drawn into a deadly conflict that leads to bloodshed and damnation.

READ IT BECAUSE
It’s a look at the witch hunters of Azyr in the Mortal Realms, and at the ways in which the Dark Gods spread their influence over the innocent and peaceful.

THE STORY
Amidst the metal sands of the blazing deserts of Droost, a pair of witch hunters from the Order of Azyr discover the looted tomb of a champion of the Dark Gods – a tomb that is missing an ancient and dangerous artefact. As the pair set out to find who took the relic and see it destroyed, they find a trail of devastation and carnage – and daemonic trickery. Led to a peaceful oasis in the heart of the desert, the witch takers are drawn into a deadly conflict that will lead to untold bloodshed and damnation…

Witch hunters? Those ones. Over there.