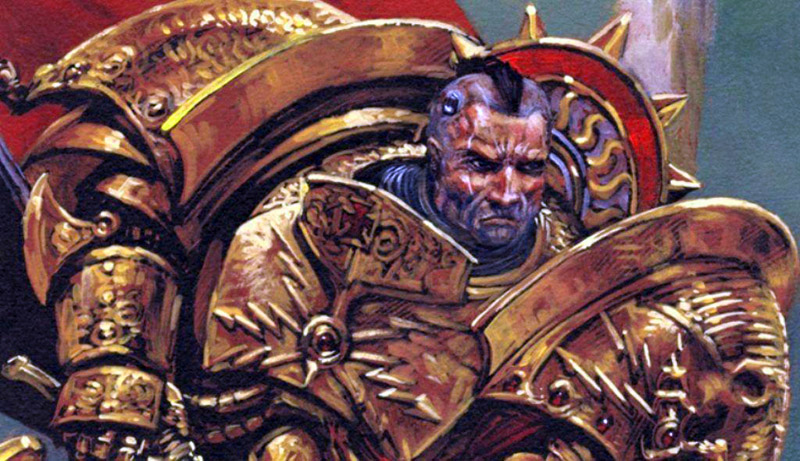 Today loremasters, learn of the First of the Ten Thousand, the Emperor’s Spear – Constantin Valdor, the first Chief Custodian of the Emperor of Mankind.

Constantin Valdor (‘Emperor’s Spear’), the First of the Ten Thousand, was the Chief Custodian to the Emperor of Mankind as Captain-General of the Adeptus Custodes at the time of the Unification Wars, Great Crusade, and the Horus Heresy.

Constantin Valdor was the first of the Emperor of Mankind‘s Custodians, stoic and observant. He served during the Unification Wars at the Battle of Maulland Sen. A handful of years later, he assassinated Koja Zu, the Minister of the Anuatan Steppes, and claimed her son, Ra Endymion, for the Legio Custodes.

A warrior of superlative skill, it was said that Valdor could match even a Primarch in single combat. 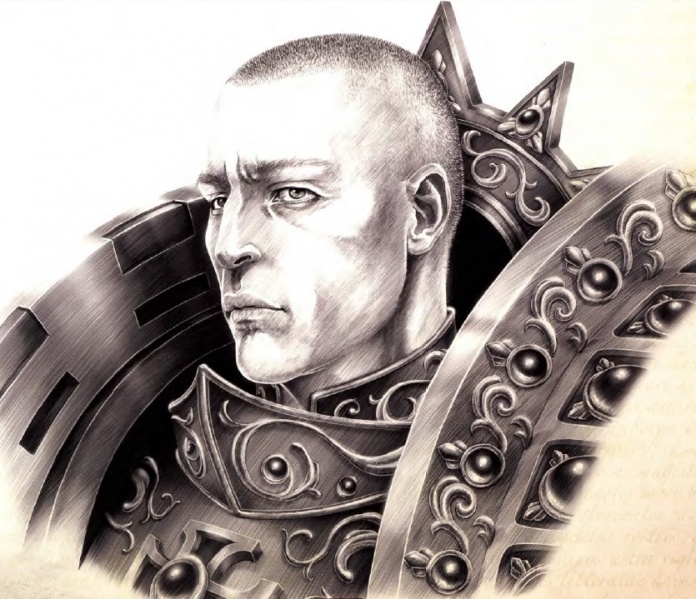 Just prior to the Horus Heresy, Valdor was charged by the Emperor to accompany Leman Russ of the Space Wolves in bringing Magnus the Red to account for breaking promises made during the Council of Nikaea at which the Emperor strictly forbade the use of sorcery and psychic powers.

Valdor, with a contingent of elite Custodian Guard, fought alongside Russ and the Space Wolves on Prospero. He and his forces were responsible for killing at least three of the greatest psykers of the Thousand Sons and routing a force much more numerous than their own, however little else is known after this. According to one account, he was also responsible for saving Bjorn when his arm was corrupted by the sorcerous powers of a Thousand Sons psyker. Valdor sliced Bjorn’s arm off to prevent the corruption from overrunning his body. The other states that Bjorn’s arm was cut off by a Skjald of the Space Wolves, Kasper Hawser. 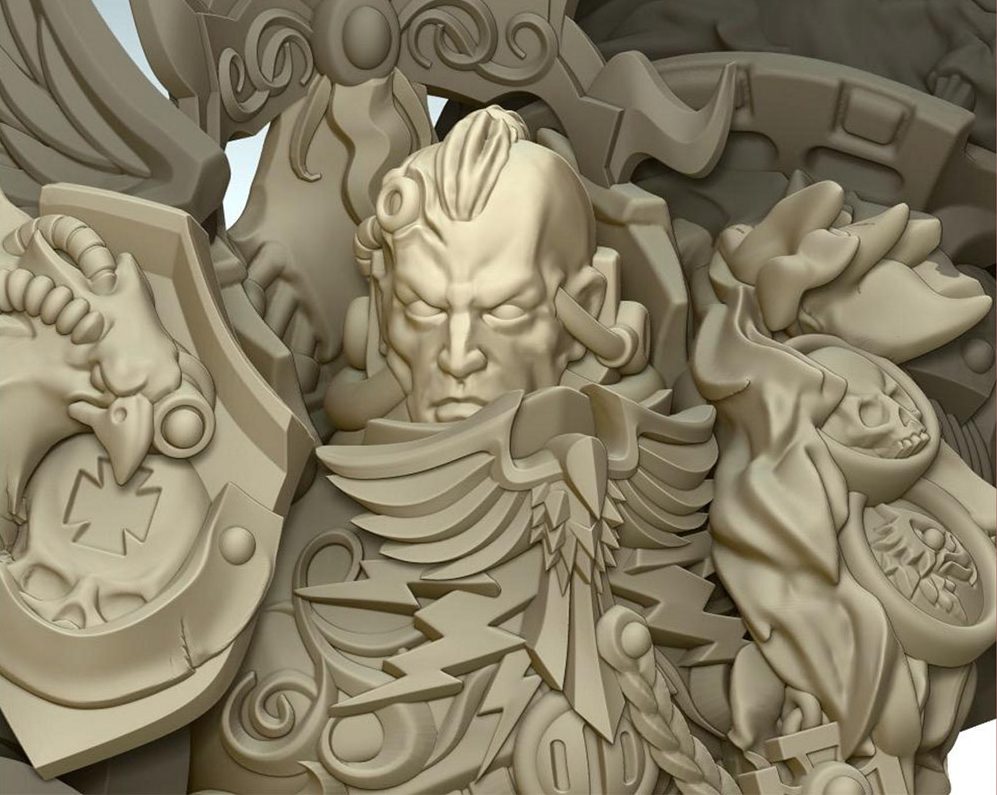 When Amon Tauromachian returned from his extended Blood Game, Valdor informed his fellow Custodian of how Horus Lupercal had declared rebellion against the Emperor. When Tauromachian asked how this could happen, Valdor, speaking as someone who knew the Warmaster, rejected theories that it was pride or resentment, instead voicing his belief that something had driven Horus and his closest advisers mad. Valdor then assigned Tauromachian with the task of investigating Pherom Sichar, Lord of Hy Brasil, for evidence of treason.

After Horus declared his rebellion, Valdor then oversaw the mission and deployment of the first ever execution team. Invited by the Master of Assassins, one of the High Lords of Terra whose secret identity was Malcador The Sigillite Valdor oversaw the council of Assassins. Each clade- Venenum, Eversor, Culexus, Vanus, Callidus, and led by Vindicare selected a single alpha-dan operative for the mission. The target was Horus Lupercal. Rogal Dorn learned of such events and challenged Valdor claiming that Horus being alive was a boon because he was predictable, and killing the head of the rebellion would not stop it, someone more predictable would simply take over. Valdor argued that the actions of the Officio Assassinorum were not necessarily cowardly, but expedient. Valdor says to Dorn that they all want the same thing; to preserve the Emperor. Dorn however claims that Valdor’s role is to safeguard the life of the Emperor, whilst Dorn himself, and all the Astartes role is to safeguard the Imperium. The mission to kill Horus failed. Dorn and Valdor continued to argue, Dorn citing that to preserve the Imperium we must have a moral code, Valdor citing that to match Horus’ evil we must not stop at underhanded tactics. The Emperor settled the argument with the final statement “No more shadows. No more veils”

Later as the majority of the Custodian Guard was occupied by the War Within the Webway, Valdor assumed a vital position on the loyalist War Council alongside Malcador, Rogal Dorn, and Kane. 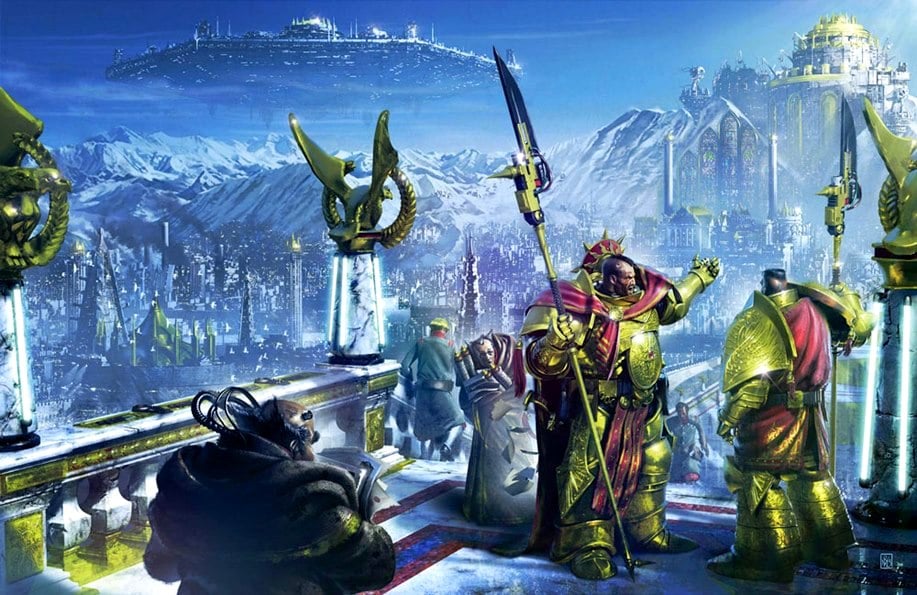 Valdor went into battle equipped with a expertly crafted Guardian Spear known as the Apollonian Spear and an ornate suit of Custodian Armour.