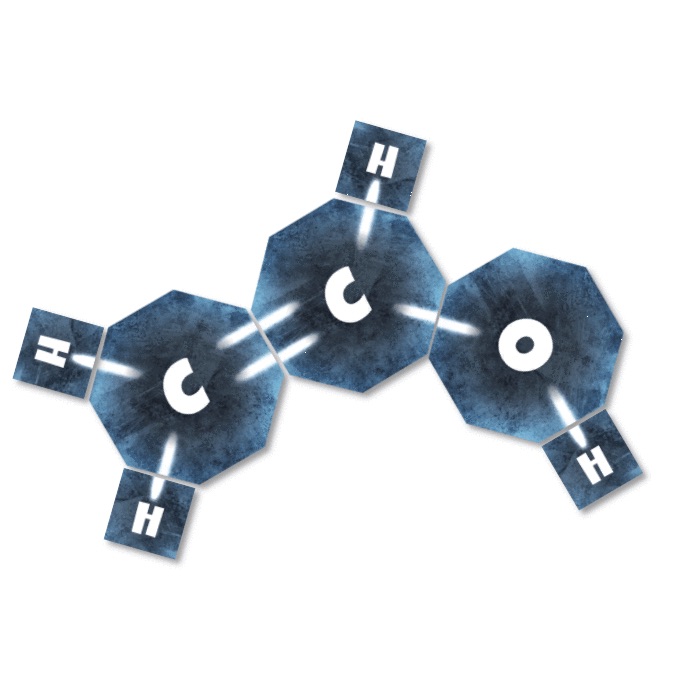 Covalence is a great game for bringing a group together. Because if you want to do some team building, Covalence is a game with bonding at it’s core. No wait come back, it’s also a really good game. I promise there’s maybe only like two or three more at best–at best.

Okay cool. So if you’ve watched the video you’ve seen, this is another one of those asymmetrical cooperative games like Dixit or Mysterium, where one player is trying to get the other players to accomplish a certain task, but they only have a limited means of communicating with them. Personally this is one of my favorite modes of playing. It really makes you think about the other people–so I was only like 72% joking when I said bonding is at the core of the game. 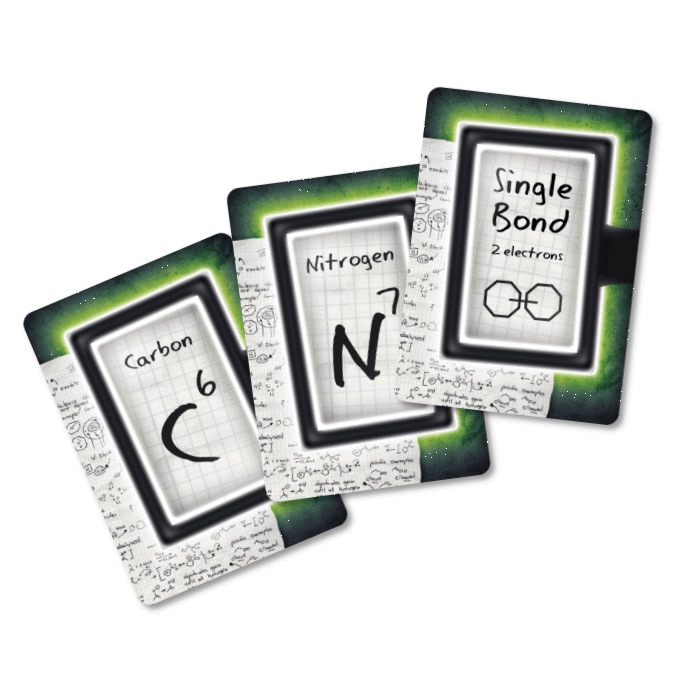 Games like this are a great way of both examining your relation to others and how you think about stuff. What sorts of clues do you glom onto? When trying to convince someone to pick up that extra hyrdrogen how do you do it? 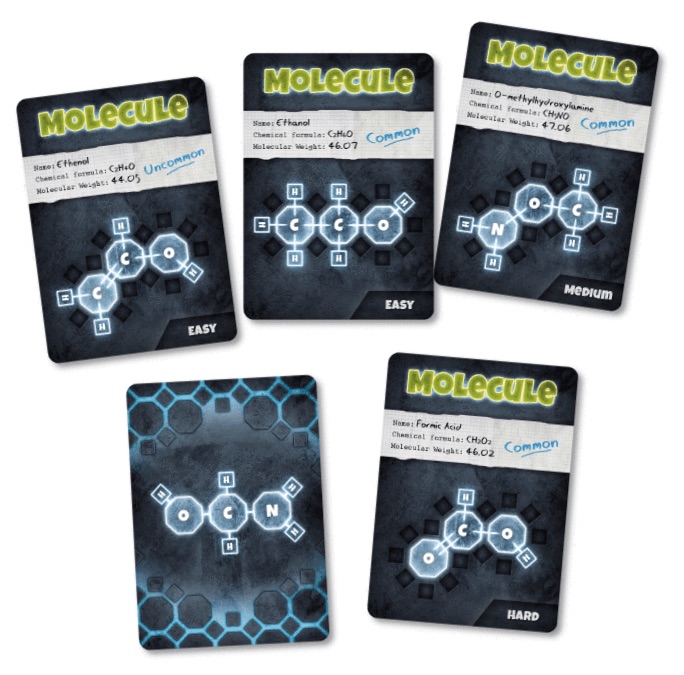 Covalence is a blast to play. You can see how excited we were to get our hands on it in the video above. If you’re looking for a challenge, but one that’s fun to play with a nice group of friends, especially friends who think that learning is FUN-damental–then Covalence is a great schoice. Learning games and party games rarely mix, but this one manages to capture that lightning in a bottle. 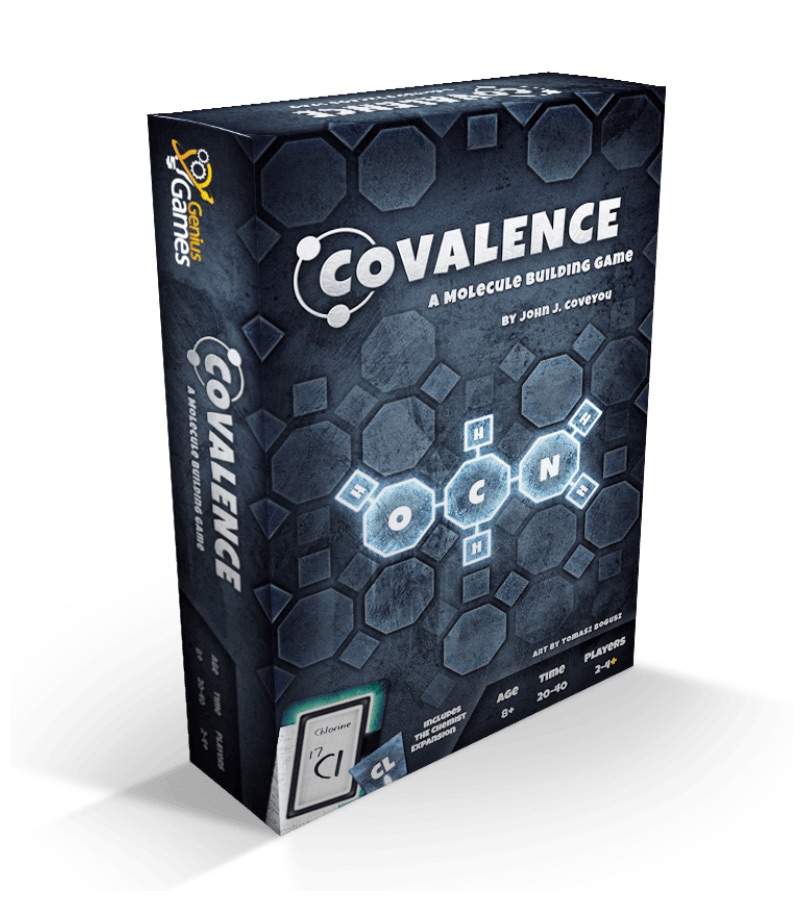 Covalence is a chemistry-themed cooperative card game where players work together to accurately build a number of secret organic molecules. One player has knowledge of a set of Secret Molecules. All other players must deduce what these secret molecules are, based upon clues given to them. Players must cooperatively construct their molecules before the clues run out!

Of course sometimes the game might get no reaction, because you ask your friends if they want to play and when you check to see how they answered, they argon.