RUN RUN RUN – Codex T’au is out and about over the last few hours. Take a look at these strategems.

Several images of the upcoming Codex T’au are doing the rounds online, originating on the 40KTau Reddit by a user who says he “may or may not have the codex” and dropped several images of it.

Here are the Strategems to get you started: 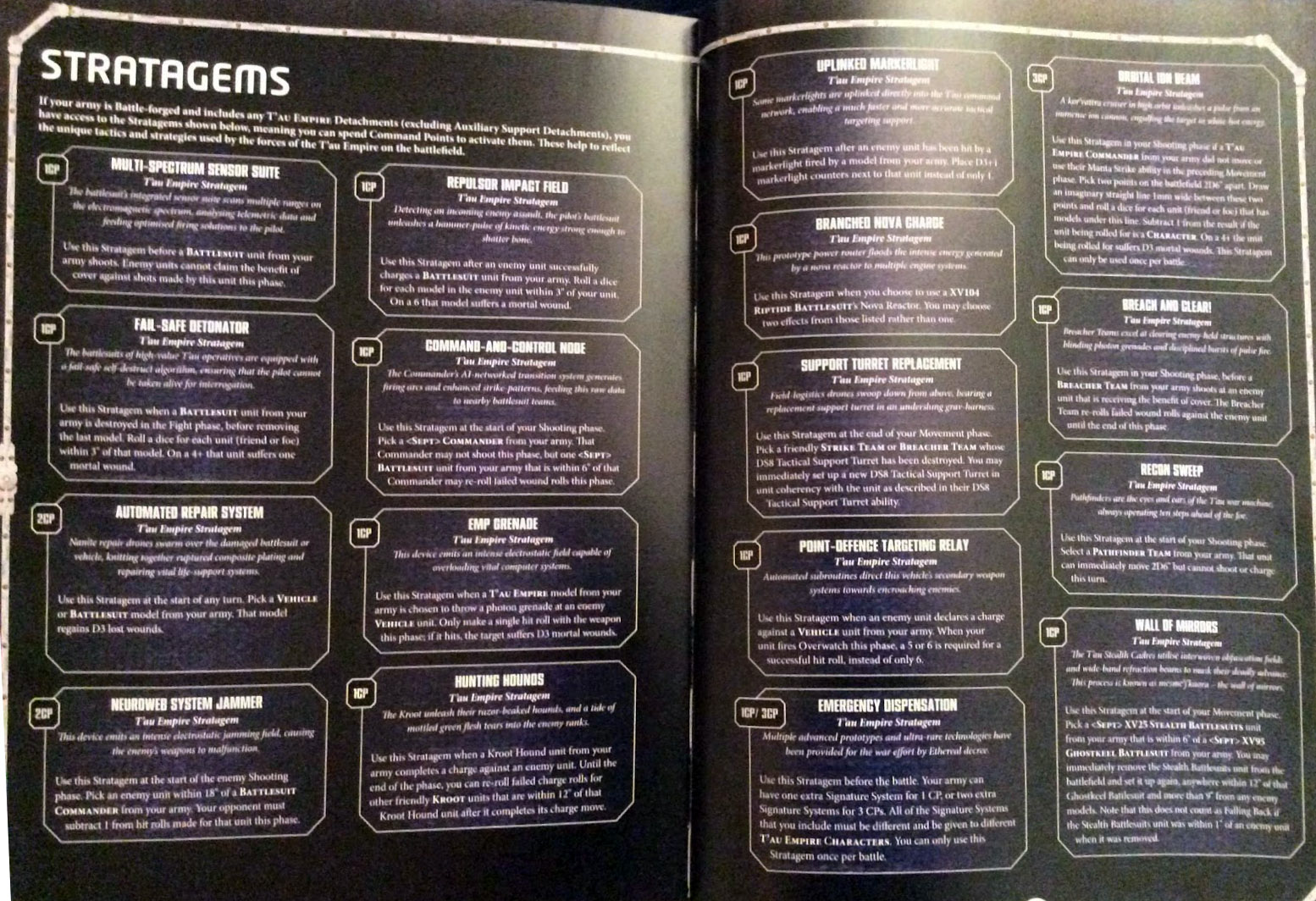 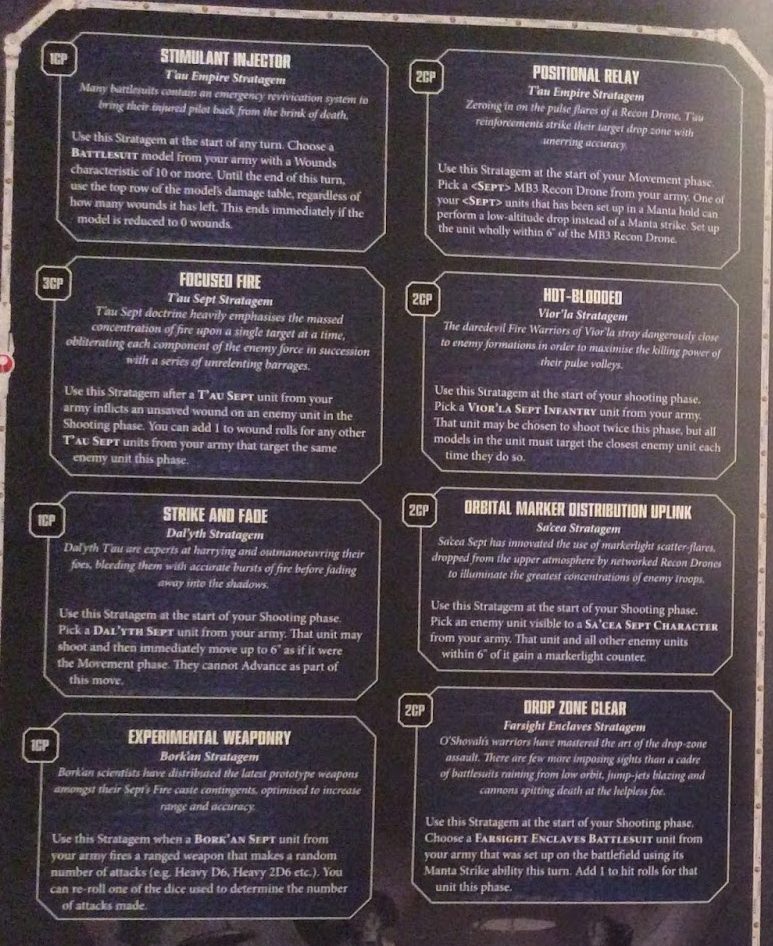 These have been transcribed by Kirby over at 3++ for those who don’t want to squint for a bit:

Fail-safe Detonator (1CP) – use when Battlesuit unit from your army is destroyed in fight phase, roll a dice for each unit within 3” and on a 4+ it suffers a mortal wound.

Reupulsor Impact Field (1CP) – after opponent successfully charges a Battlesuit unit, roll a dice fro each model in the enemy unit within 3” of your unit and 6s deal mortal wounds

Command and Control Node (1CP) – Commander cannot shoot but Battlesuit unit in your army within 6” can re-roll wounds.

EMP Grenade (1CP) – when throwing a photon grenade, only make a single hit roll and if it hits, deal D3 mortal wounds against an enemy vehicle.

Branched Nova Charge (1CP) – Riptide can use two effects rather than one when NOVA charging.

Support Turret Replacement (1CP) – If a Turret has been destroyed for a Fire Warrior team, it can be replaced.

Orbital Ion Beam (3CP) – Commander has not moved or Manta Striked in the preceding movement phase. Pick two points on the battlefield 2D6” apart and draw a line between them. Each unit suffers D3 mortal wounds on a 4+ (characters 5+).

Stimulant Injector (1CP) – start of any turn, a battlesuit model with wounds characteristic of 10+ can use the top row of the models’ damage table regardless of wounds remaining (unless it dies)

Focused Fire (3CP) – T’au Sept Stratagem; +1 to wound against a unit that has already been wounded this term by a T’au Sept unit.

Strike and Fade (1CP) – Dal’yth Stratagem; unit can shoot and then move up to 6” as if it it were the movement phase sans Advancing.

Positional Relay (2CP) – start of movement phase, pick a recon drone and a unit of the same sept that has been setup in a manta hold and can setup within 6” of the recon drone.

Orbital Marker Distribution Uplink (2CP) – Sa’cea stratagem; pick an enemy unit visible to a character; that unit and all units within 6” gain a markerlight counter.