One of the best changes in the FAQ is one that few folks have been focusing on – the way ‘Ignoring Wound’ abilities work now. Let’s chat about this change and why it’s a welcome addition.

We’ve been covering the FAQ all week and we’ve touched on the big stuff. But one thing I haven’t seen anyone really talking about is the tweak that was a made to how abilities that let you ‘Ignore Wounds’ work. The example that GW used was how the Warlord Trait Tenacious Survivor and Disgustingly Resilient would stack. Only with the new FAQ – they don’t anymore!

The first reason that GW mentions in their write-up is that with these abilities stacking, it made certain models “effectively unkillable” on the tabletop. That’s just not fun and I think I know who they were referring to…

There were other units – sure, but this was another one of those unintended consequences we keep hearing about with Games Design. The good news is that GW is willing to look at those situations and correct them and be open about it. They even say this was “far from how the rules were initially intended” – that’s not only admitting they made a mistake but they are taking ownership and fixing it. That’s a good thing in my book!

The next big reason is that, to be frank, it just slowed the game down. We do a LOT of dice rolling in Warhammer 40,000. Hit, wound, armor saves, and multiple ignore wound rolls might not sound like much – but once you start tossing in re-roll abilities, and other in-game effects those extra die rolls really start to add-up. We’re already having folks say they can’t finish a 2k game in a 3 hour limit – anything they can do to shave off a few minutes here and there is welcomed. It’s potentially hundreds of extra die rolls in a game. That’s not hyperbolic – that’s what was happening in some cases! Why do you think the Pox-Blossom was so darn effective?! 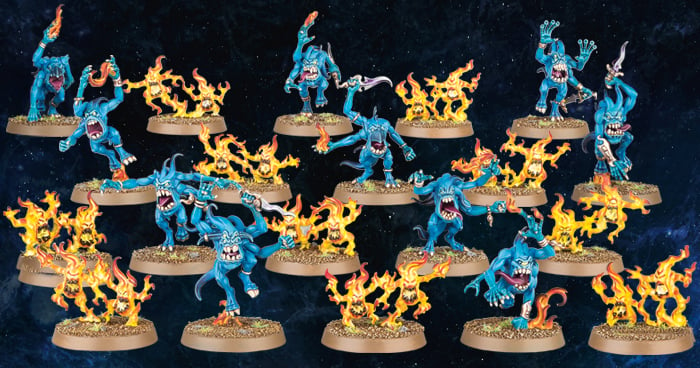 It’s cause of the Horrors, right?!

At the end of the day, this change might not be the most flashy change or the most impactful on the meta – but I think it’s going to help the game move quicker. Plus it brings those abilities inline and gives them a hard limit. I’m perfectly fine with this change.

What do you think of this change from the FAQ? Are you cool with it or do you feel like it was unwarranted? Let us know in the comments below!