Come take a look at what’s next for Necromunda, or Nextcromunda if you will. Get a glimpse of House Cawdor, the new “pets” and bounty hunters all brought to you via Warhammer Fest.

There’s a ton of stuff coming out at Warhammer Fest this weekend, and right now we’re here to take a look at some of the new miniatures and images for Necromunda. There’s a lot to parse through so let’s get to it:

As we saw yesterday, House Cawdor is next: 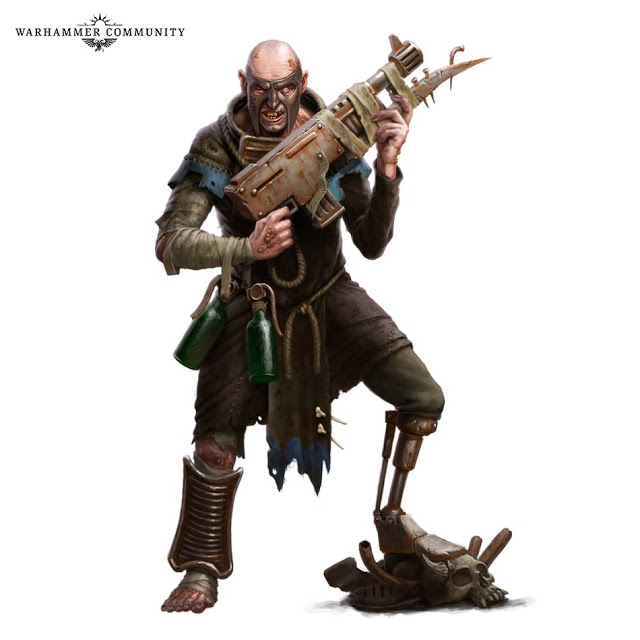 For those of you new to Necromunda, the Cawdor are a particularly fascinating gang. While other gangs are makers, builders, miners and producers, the Cawdor live at the other end of the system – waste disposal. In Necromunda, one man’s trash is another man’s deadly improvised weapon, and so the Cawdor have risen to a place of considerable prominence and power. They’re also one of Necromunda’s most numerous factions, drawing thousands to their cause through fanatical, unwavering faith in the Emperor. We’re looking forward to checking these guys out in full later down the line…

But they aren’t the only thing, Gang War 3 is introducing new Bounty Hunters and Beasts, come see them on display: 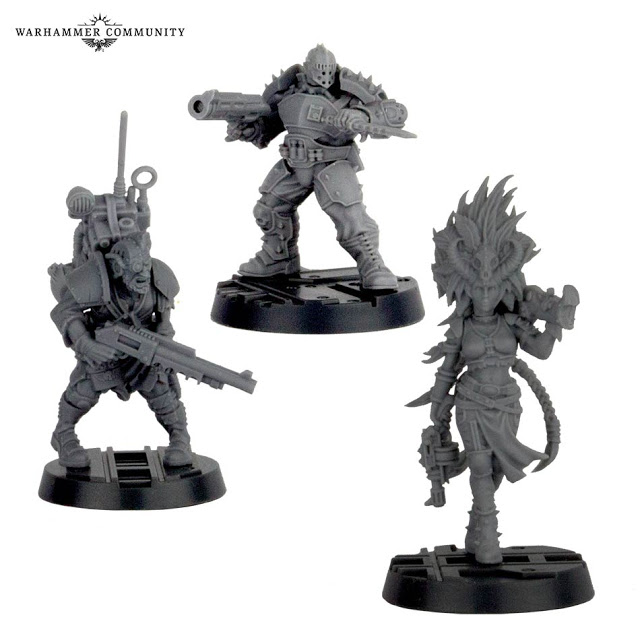 And some more shots in the wild of the new Bounty Hunters, courtsey of Garro: 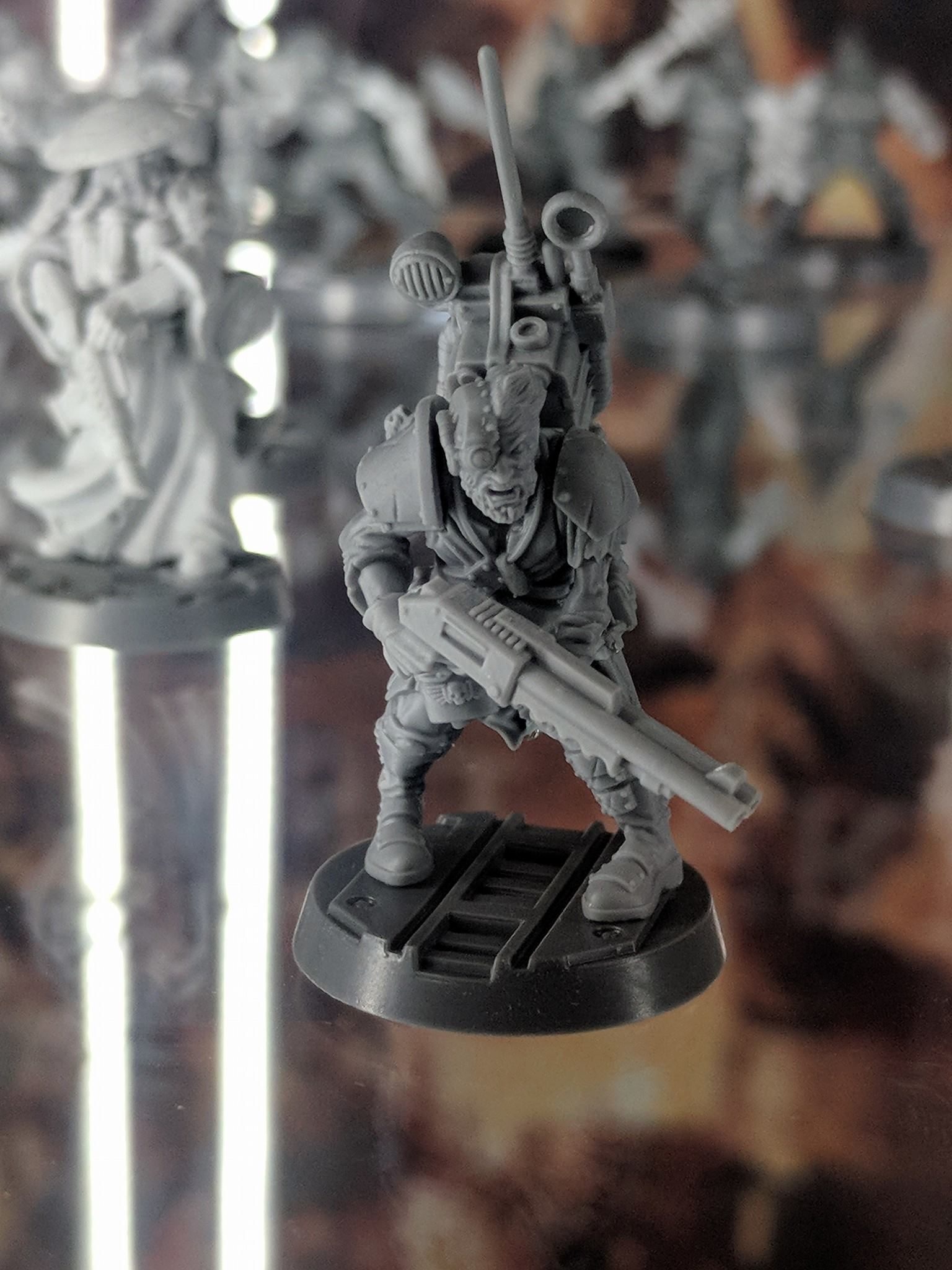 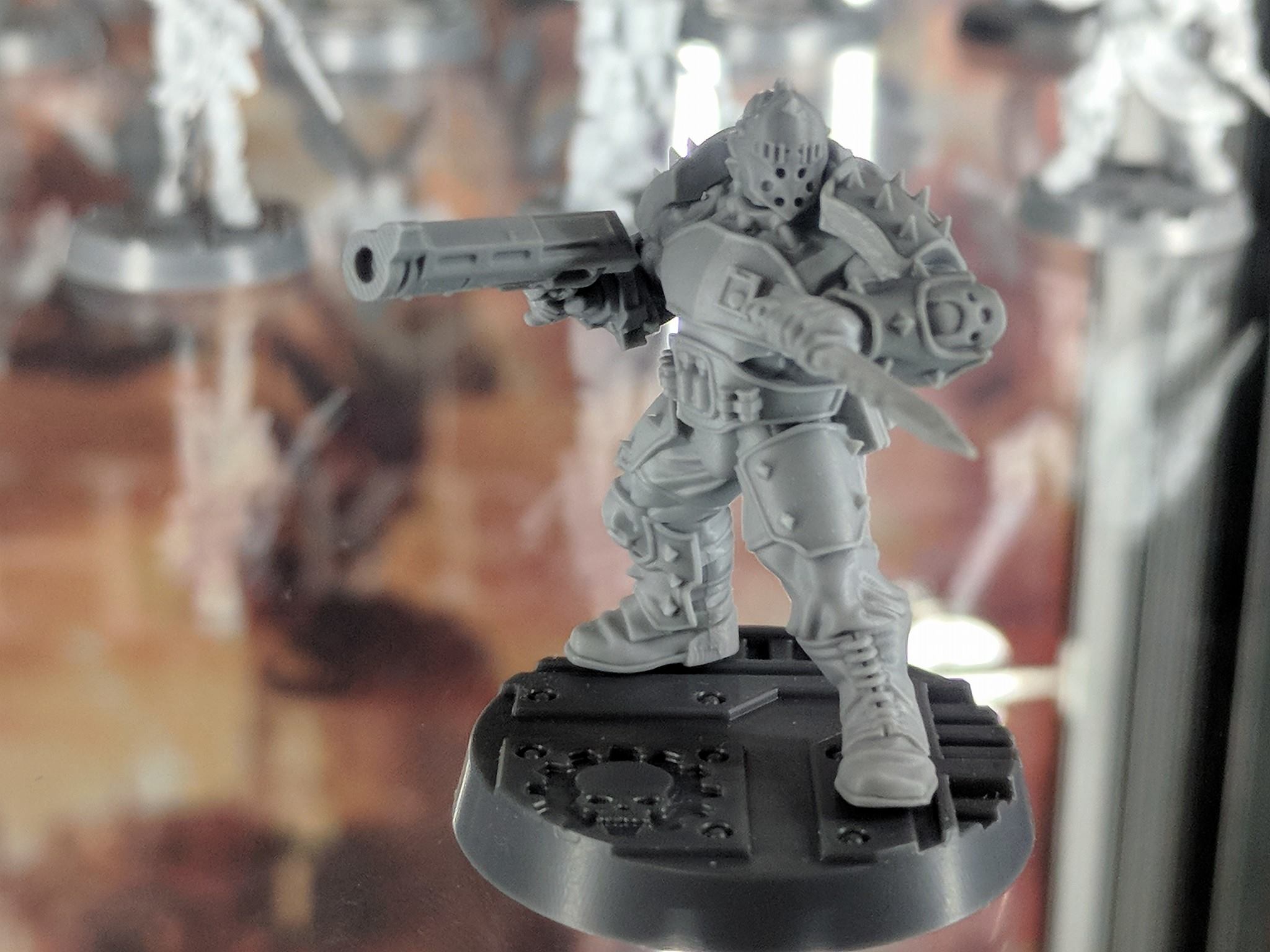 So get ready for more…