Pathfinder: Adventure In the City In The Lion’s Eye 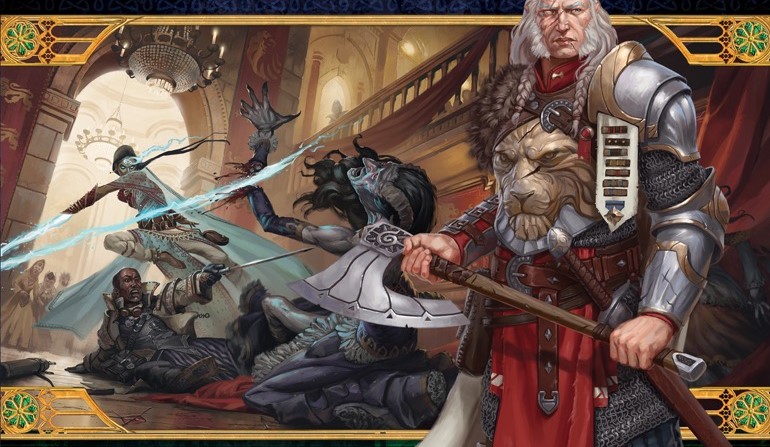 The War for the Crown shifts ots focus onto the other candidate for the throne–and boy does it. The fate of Taldor hangs precariously in the balance, with its civil war threatening to spill outwards beyond Taldan borders.

I’ve really been enjoying the espionage and intrigue of this Adventure Path–it all serves as a great guide for highlighting some good ways to pull those tricky concepts off. Players have their hands on the pulse of history in this one, and it’s pretty dang cool. 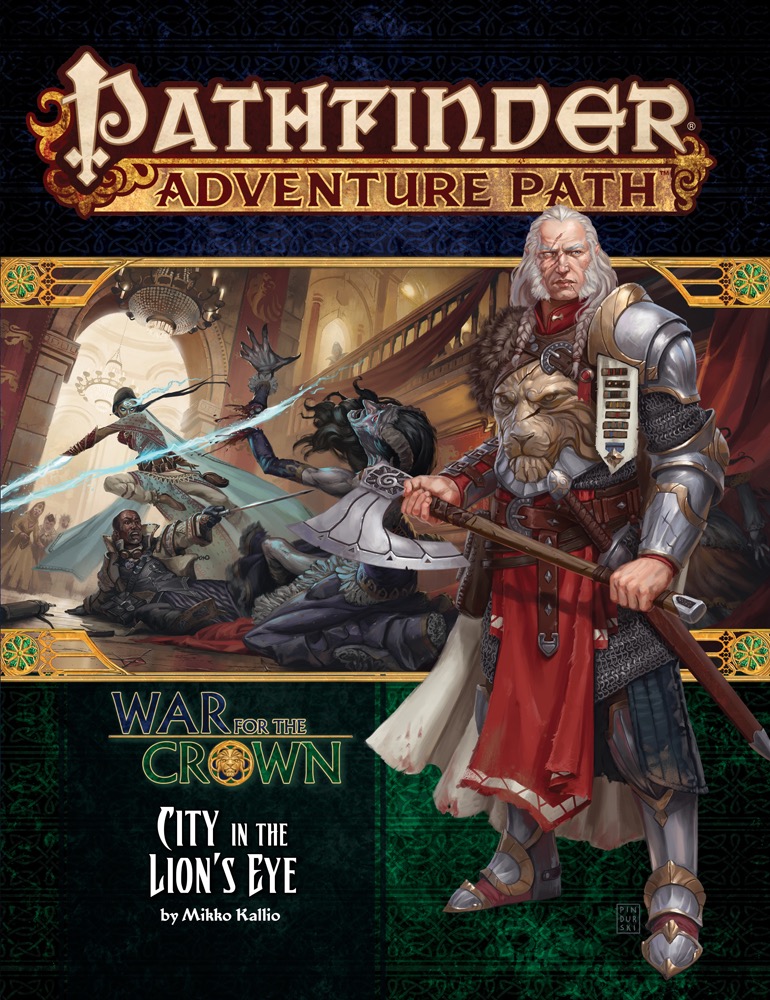 As the War for the Crown escalates, General Pythareus—Princess Eutropia’s rival for the throne—plots to plunge the nation into war, threatening to kill thousands of people to rally others to him. From the fortress-city of Zimar, he commands the overwhelming army of Taldor, as well as one of the most ruthless spymasters the world has ever known. Even with the resources of the legendary Lion Blades to aid them, can the PCs hope to outmaneuver conspiracy and prevent the War for the Crown from becoming a war between nations, or will Taldor again descend into a thousand years of violence?

Eye of the Lion of course being a hit ballad by a Bard who has gained a reputation as a lone Survivor.