The Y-Wing has bulked up a bit, Slave I has a new base, and the Fang Fighter is looking pretty slick as the new Wave I releases for X-Wing 2.0! Come take a look at the new models previewed at Fantasy Flight Games’ Worlds Event.

Fantasy Flight Games has announced Star Wars: X-Wing 2.0. We spoke with the Developers about the new version and highlighted a ton of changes. We also got in a game with the new ruleset and were pretty impressed with the improvements.

Today, we have a look at some of the other ships making landfall with the new release. The classic Y-Wing, Slave I and The Fang Fighter! 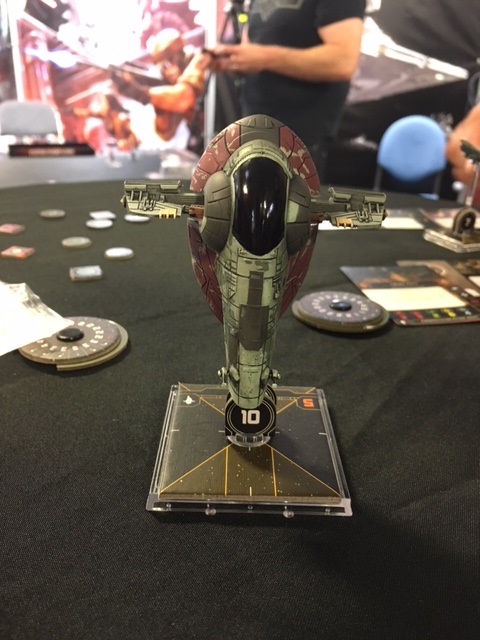 Slave I has an updated paint job as well as a new base. That’s right, it’s slimmed up and features the new MEDIUM sized base. There are a few other ships that the designers felt were too large for a small base, but too small for a large – which leads us to the brand new Medium Sized bases. They are exactly what you’d expect size ratio wise – they are 1.5x the size of a small base (large bases are 2x the size).

Also note the “extra” lines for the sides and front to delineate front half/back half. And the Bulls-eye arc as well. 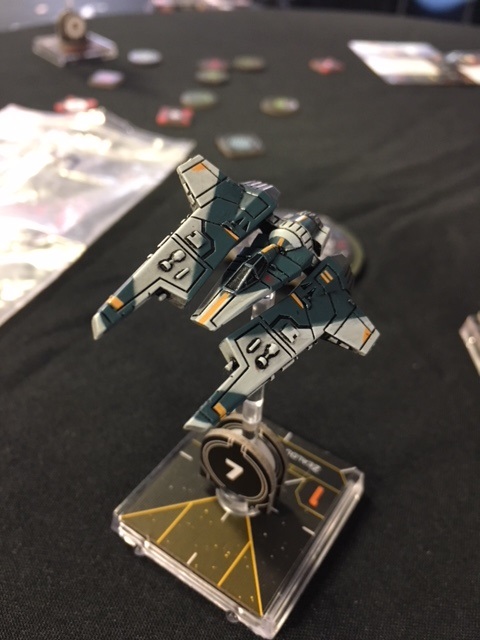 The Fang Fighter has a new paint job and is looking sleek and mean. It’s got some impressive line work and it sure looks like the ship’s cockpit/wings rotate off center. With the new mobile wings on the T-65, I wouldn’t be surprised if that was the case! 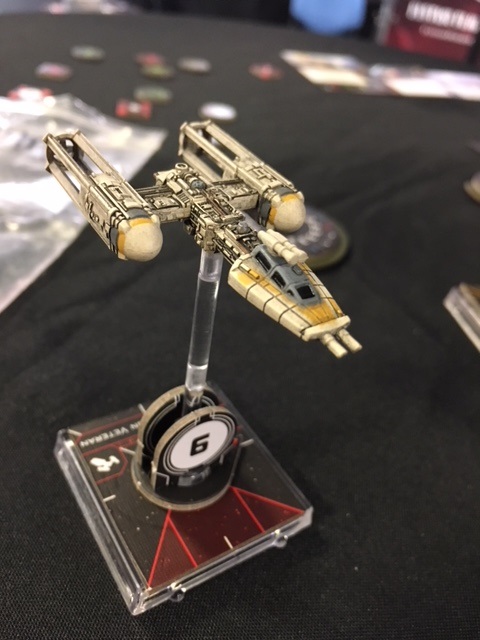 The Y-Wing has also had some refits with the new wave. The ship is physically larger and the turret has been added to the top. The paint job has been updated with the new model as well.

Star Wars: X-Wing 2.0 is coming out September 13th. 2018 – Mark your calendars and prepare for the jump to lightspeed!