It’s here. Kill Team is here. We have the box, and we are going to un that box, which I guess means we’re going to render it non-boxlike. And then will show you the grisly, plastic remains contained within this former box that once was Kill Team.

In a blow to boxes everywhere, the BoLS crew bravely defeats the Box containing the Kill Team game from Games Workshop. Like Foul Slaanesh brought low by the magics of Elven heroes, we have imprisoned this box, and have siphoned out what it had devoured. Come bear witness to the triumphant examination of the contents within. We have your Adeptus Mechanicus sprues, your sprues of Genestealers cult, and all that sweet sweet Sector Mechanicus terrain, plus an assorted array of tokens, cards, battlemats and sheets. All this and more, within:

What a box this was. And what spoils it contained. We’re seriously excited for Kill Team around the BoLS office, and now we have the chance to really dig in. One of the things that was immediately apparent is just how much terrain you get in the box. We have written odes to this terrain, which could be a little more obscure-y, but it gets a whole heck of a lot done, sprue by sprue. 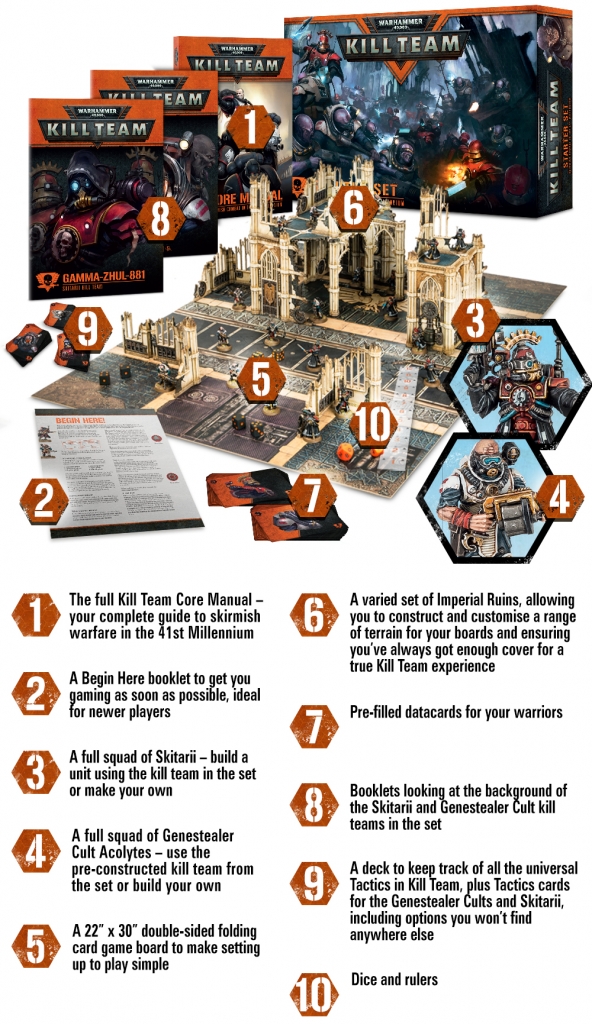 The Ad-Mech Kill Team and the Genestealer Cultists are also a nice touch–we’ve seen them before, but they’re models you’re not likely to have. I am personally pretty excited to get to play around with the Ad-Mech. They’re a faction I’ve been getting into since the release of their Codex last year. These brave little toasters are full of can-do programming, and trying their best to be human despite being mechanical monsters. I can relate. Similarly the Genestealer Cultists offer a lot of fun to players. Both of these factions are similarly matched, with WS and BS 4+, which is a real sweet spot to be, because Kill Team’s rules really shine when you need bonuses and penalties to hit–4+ is a great place to navigate those heady waters from. It’s a good place for beginners too. 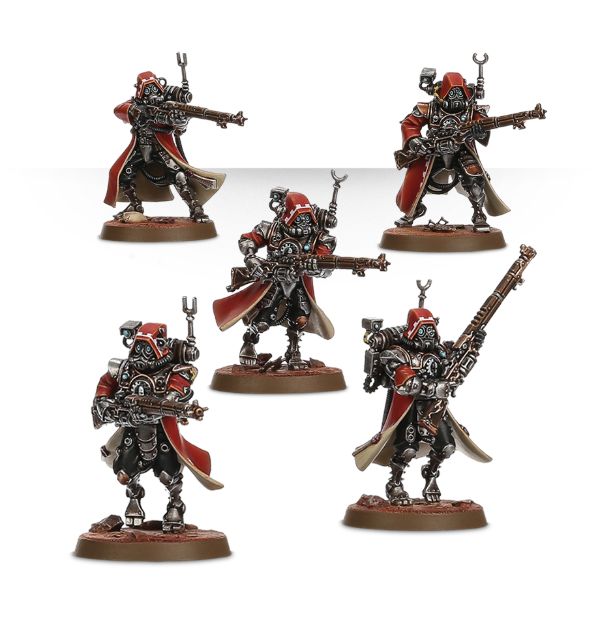 Even wargaming veterans will find the Core Rules to be a nice, tight system. Lots of cool synergies, the specialist system really lets you play around with customizing your Kill Team. There’s a lot of intersecting modifiers and systems that can offer a lot of depth though at the core the game is about positioning, obscurement, and being able to make the most out of your turn. 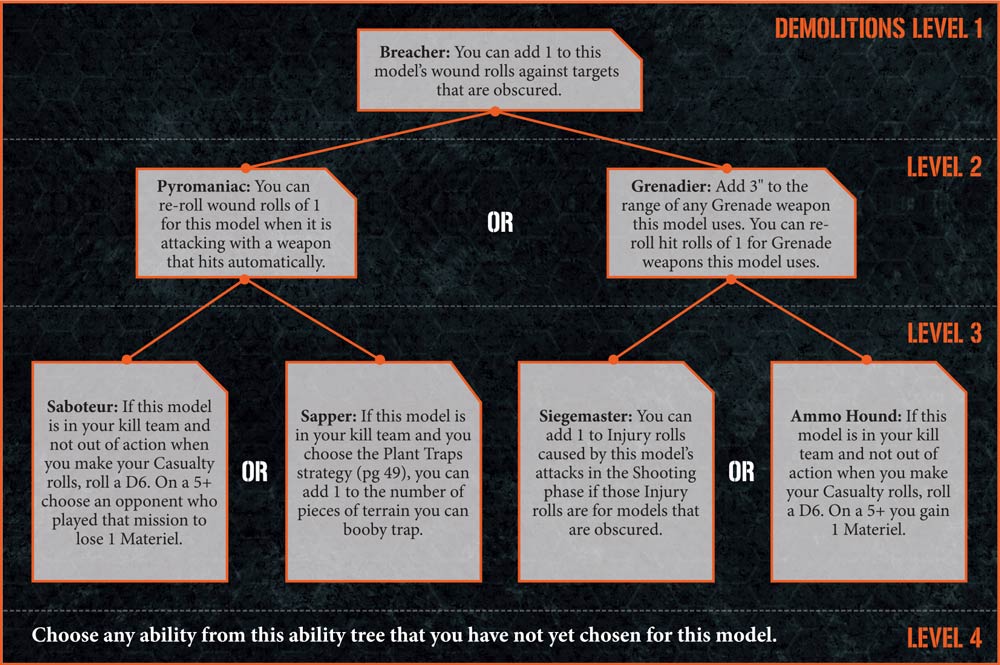 Oh. And the cards. The game keeps adding on another wrinkle just when you think you have it locked down–the tactics cards and terrain rules have the extra edge that can make any Kill Team (even a T’au team) a threat. If you’re interested in Kill Team, the box is a great way to get started. We’re real pleased with how the box has turned out, so get ready for launch weekend, and enjoy what you’ll find within. Including tactics cards you won’t get anywhere else.

Get ready for Kill Team