40K Loremaster: Christo Columbine – Half Navigator, Half Ultramarine – All CRAZY

It was the year 1988 and one man commanded the Ultramarines fleet – third eye, webbed feet, Eldar contraband and all.

Luckily I have a very old collection…. including White Dwarf 97 from January 1988.

Lets walk down memory lane my friends and look at some of the top ranking officers of that most holy of holies, the goody-two-shoes Ultramarines.  Read on my friends of their Master of the Fleet, a down on his luck navigator who did what he had to to survive before a ret-con hook whisked him off the 40k stage. 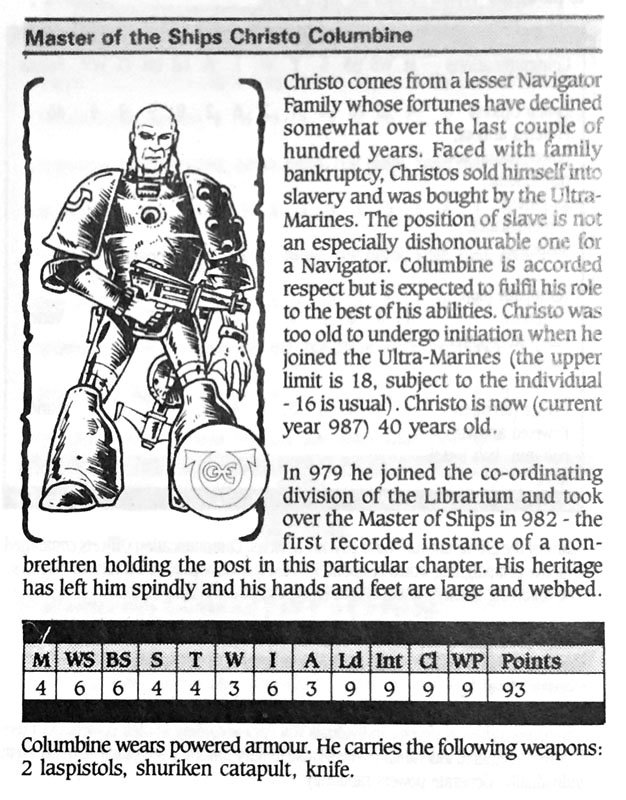 OK, we have a LOT to unpack here. Christo Columbine is a three eyed barrel of over the top crazy that has been brushed under the carpet of modern 40K.

I bet he named the Ultramarines battle barges: Niña, Pinta, and the Santa María 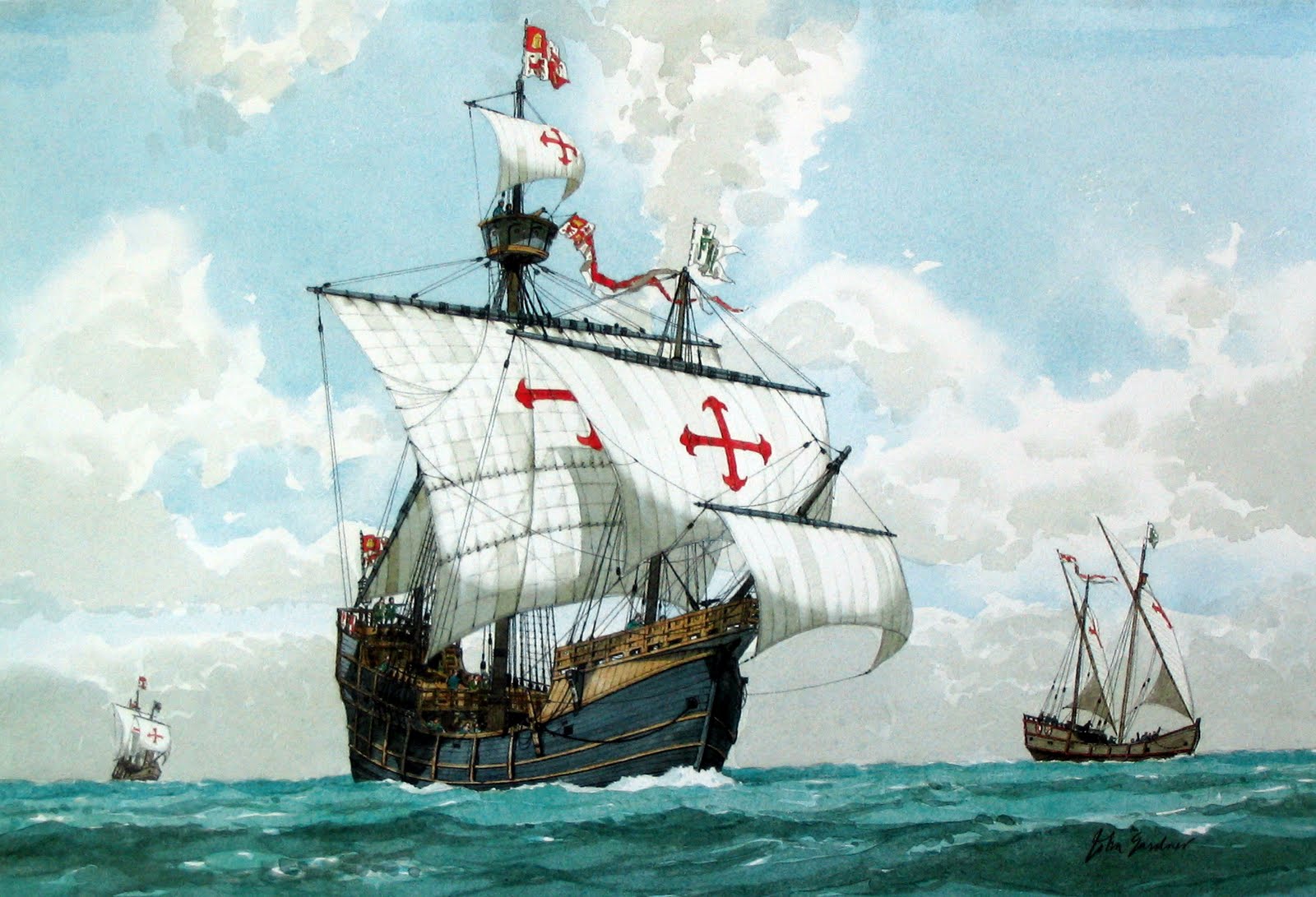 ~ I’ll leave you to work out how to best bring Christo back to the tabletop in style. I’m also really hoping to see some amazing conversions of these guys with modern 40K models!