Today folks, we have a look at the Battlefield Assets segment of Adeptus Titanicus, come take a look at the stratagems these teeny tiny little buildings have to offer your Titans.

Battlefield assets are terrain that fights back. Like most things in Adeptus Titanicus, they’ve taken some of the amazing kits that are already out there, run them by Rick Moranis and his shrink ray, and then packaged them up to include in the game. 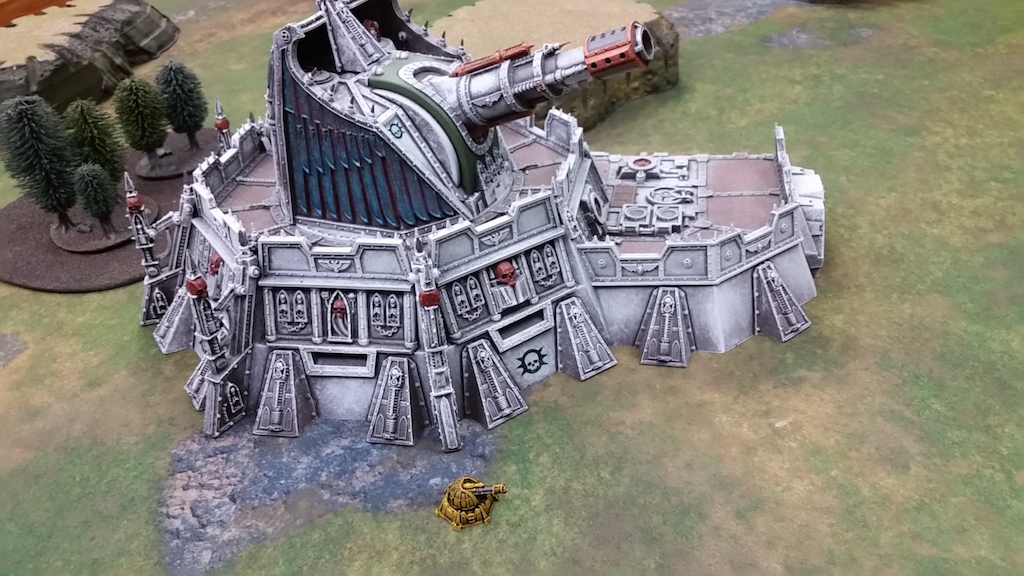 Everything the light touches is our kingdom…

While I cue up the rest of the Lion King soundtrack, let’s get down to brass tacks, well, plastic miniatures. And miniatures in the truest sense of the word. Battlefield Assets are all the terrain weapons/support structures you can find. In Adeptus Titanicus they support your legions by providing you access to various stratagems which you can use to attack your enemies (in the case of weapons), hinder them (some support structures), and hear the lamentations of their women (or at the very least, receive minor buffs).

You get access to all the stratagems that correspond to terrain you own/control that’s on the board, and enact them during the Enact Stratagems phase of the game. 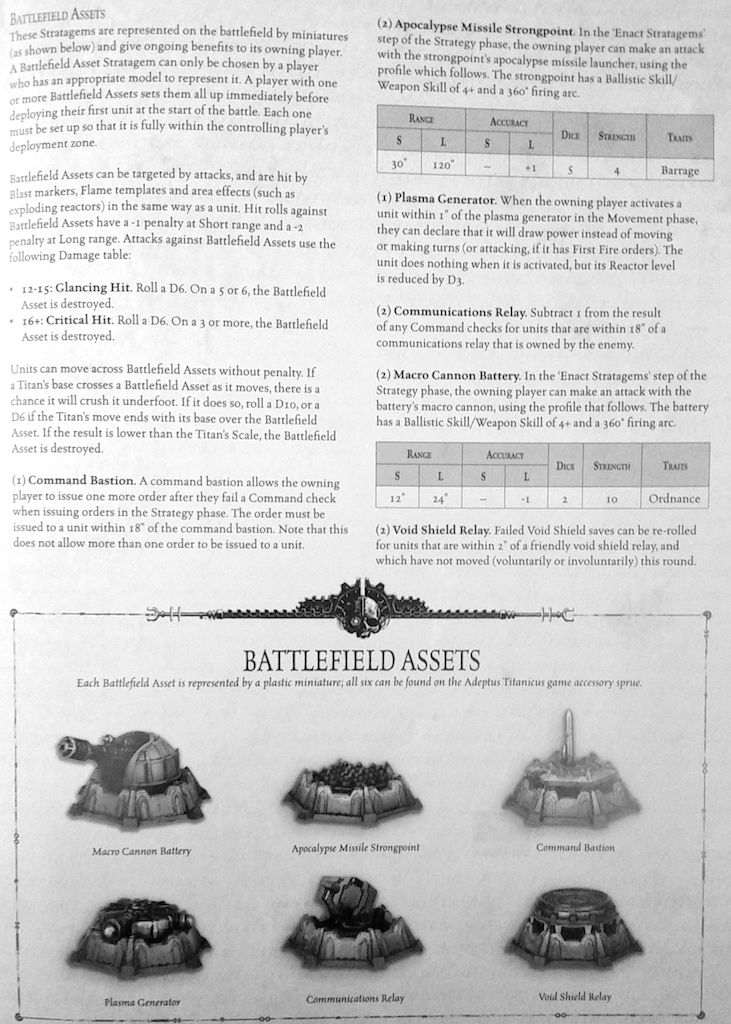 The best part is these are destructible, they can be targeted–so even if you don’t have a shot, you might be able to take out some support structure, that Void Shield Relay’s ability to reroll failed saves makes it a ripe target, especially if you have blast weapons that will catch enemies trying to stand within its protective bubble.

That’s one of the charming things about the game–you can just incidentally destroy terrain as part of the apocalyptic battles that are carried out across the face of worlds throughout the Imperium. They can be caught in blast weapons, flame templates, Titams can fall on them, and that’s all without even taking a moment to aim your mega weapons at them and shoot them. Still, for all that, they will mess you up. Those Macro Cannons are no joke.