Also the phrase Speedwaaagh!!! is everything I want in an Ork. Seeing that first picture of the Boomdakka Snazwagon, the one that brings to mind the high-octane thrill ride that is Mad Max: Fury Road aka the world’s most perfect movie–a movie both timely and timeless, a breath of practical effects fresh air in a world full of overwrought CGI, to say nothing of the incredible storytelling present within the movie (whether it’s the story that happens in the background like Nux getting another shoe, or the story that happens in the foreground, like Imperator Furiosa escaping from and then returning to life in the Wastes, changed, or the implied story that happens, this movie is perfect)–made us excited to see what a new Ork list might look like in this fast-paced new world full of Orks looking to race and scrap, in that order. 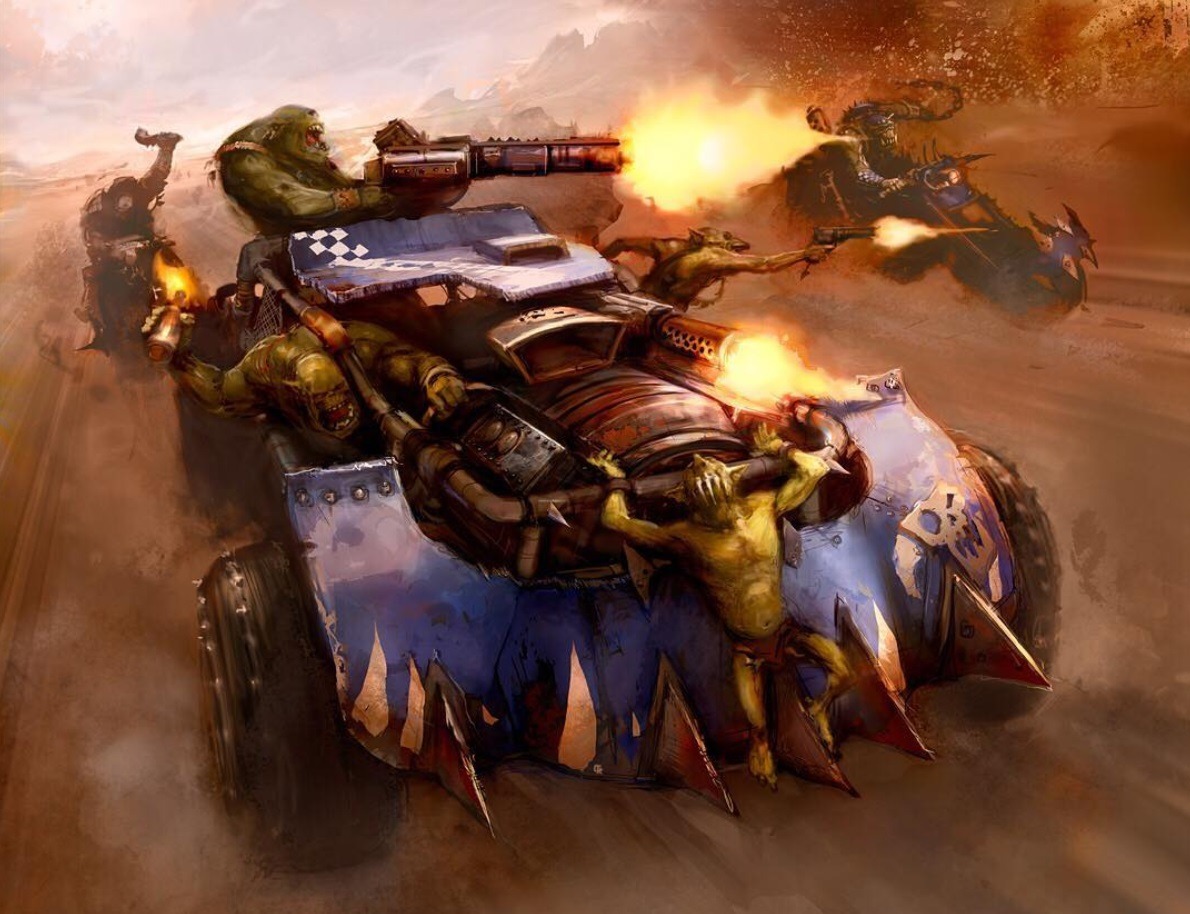 And it’s mostly because this could herald a new era for Orks. The new Codex will almost certainly change the way they’re being played. The Orks are getting some shiny new toys for the first time in a while–we have the Boomdakka Snazwagon, pictured above and below, because that Grotboi on the front is too good not to showcase. 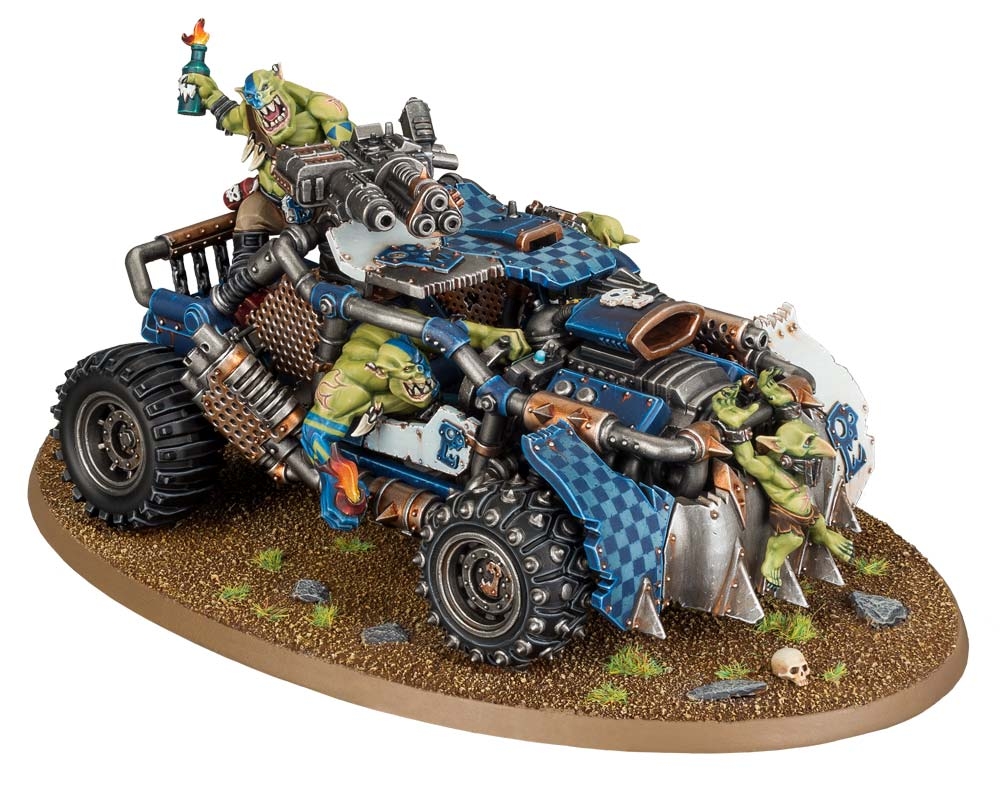 The Shokkjump Dragsta, which has a crazy Zzap Gun looking engine powering it. 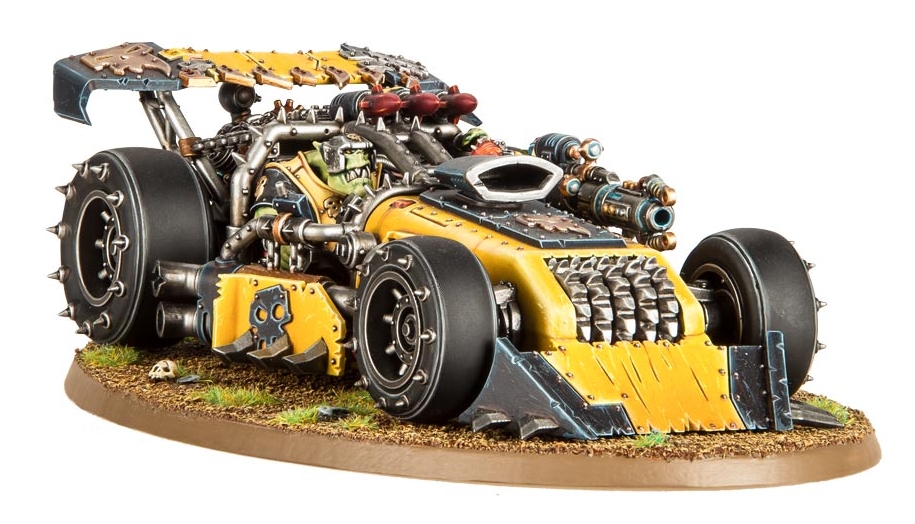 The Kustom Boosta-Blasta, which we all recognize as the new Ork Buggy, re-envisioned for the modern era.

And the Megatrakk Scrapjet, which shows that you don’t need wings to fly. 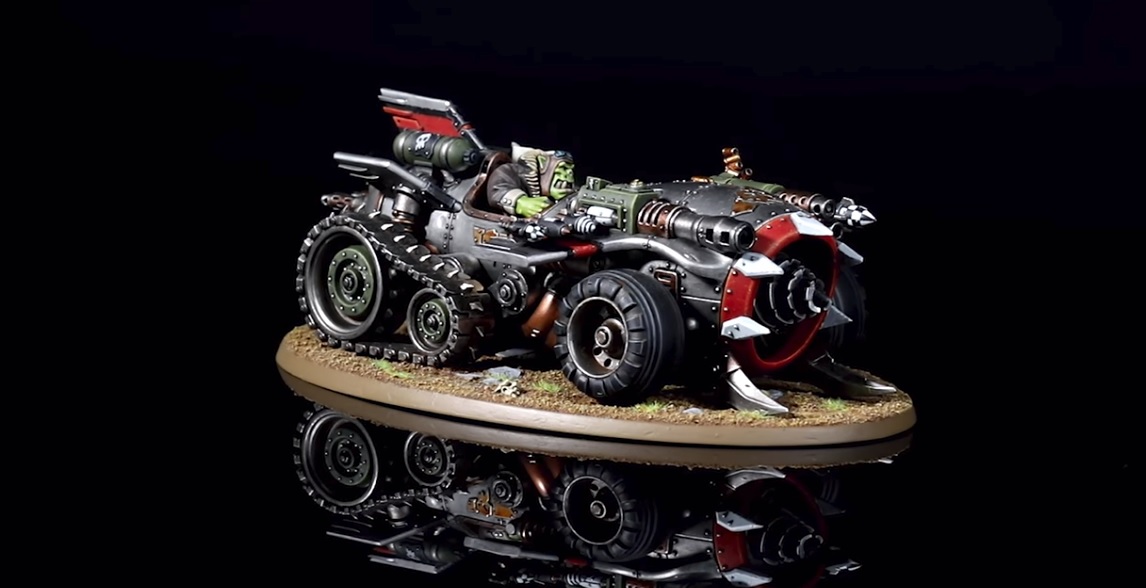 And there’s the new Ork Warboss on a Trike and the Mystery Ork Vehicle that has yet to be revealed (but my money is on it being revealed either at the beginning of the week, or on October 11th), added on top of this. This puts the Orks in command of a number of fast attack type vehicles, which gives them a whole new playstyle. At the very least it adds a ton of vehicles, and from the look of it, some very mobile firepower, which gives the Orks a degree of mobility they haven’t had since the 3rd Edition Codex: Armageddon, when Speed Freaks were originally introduced. 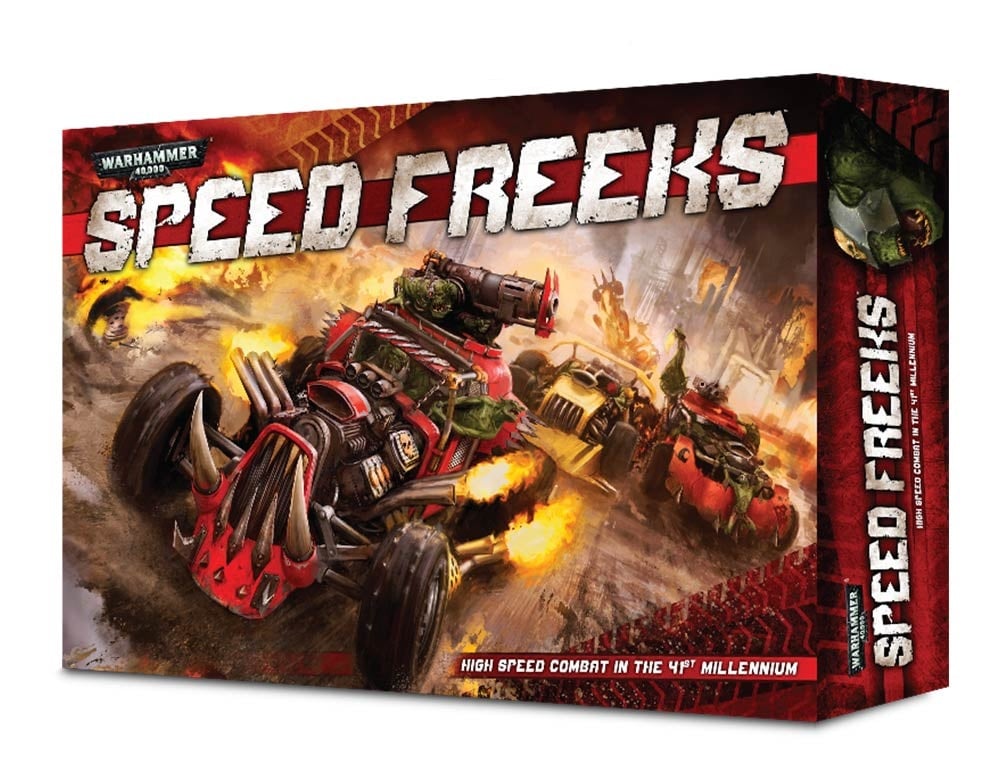 Even 4th Edition had its Nob Bikers–but this looks like something different entirely. It all depends on how these new buggy type kits actually play out. Whether these vehicles will be fast and light and easy to blow up, or if they’ll be scrappy up close–I’m personally hoping to see a sort of close range vehicle army. We have the folks who can do Hit and Run, and the folks who can do Hit–it’ll be interesting to see where the Orks fit in.

And what role these new buggies will play in it. One thing worth noting–all four of the vehicles showcased above seem to have some kind of close combat option. Whether it’s the massive drill on the front of the scrapjet, or the grinder on the dragsta, they seem to have some option that lends credence to these vehicles having a WS that’s less than 6. I wouldn’t be surprised to see these all equipped with a BS 5 WS 3 type profile, fitting with the Orks, maybe one that degrades as the vehicles take damage. They’re in that curious size range where it seems like they could go either way, but I’d bet on them having more than 10 wounds. At any rate, we’ll see how these changes play out in the coming weeks as it gets closer to Ork day, but for now…what do you think?

Do you think these vehicles will change the way Orks play? From appearance alone, what weapons would you give them? Let us know your thoughts in the comments!