Pathfinder: A Plague Of Runes – Rise Of The Runelords Pt. 3

The Runelords’ Rise is heralded by a hideous plague that transforms peasant and noble alike into hideous monsters. What other horrors await the frontier nation of Varisia as the Runelords awaken from the aeons-long slumber? Find out in Runeplague.

The frontier nation of Varisia might be all that stands between Golarion and the return of some of the world’s most powerful magic-users, long sealed away in ancient slumber, they are returning. And manifesting as a part of their power returning, are all sorts of dooms that seem to be concentrated in Varisia. Now this tiny nation is beset with a magical plague that transforms its victims into monsters. Deadly, and full of grim new monsters, and arcane secrets, Runeplague takes players deep into the eldritch past in order to save the future. 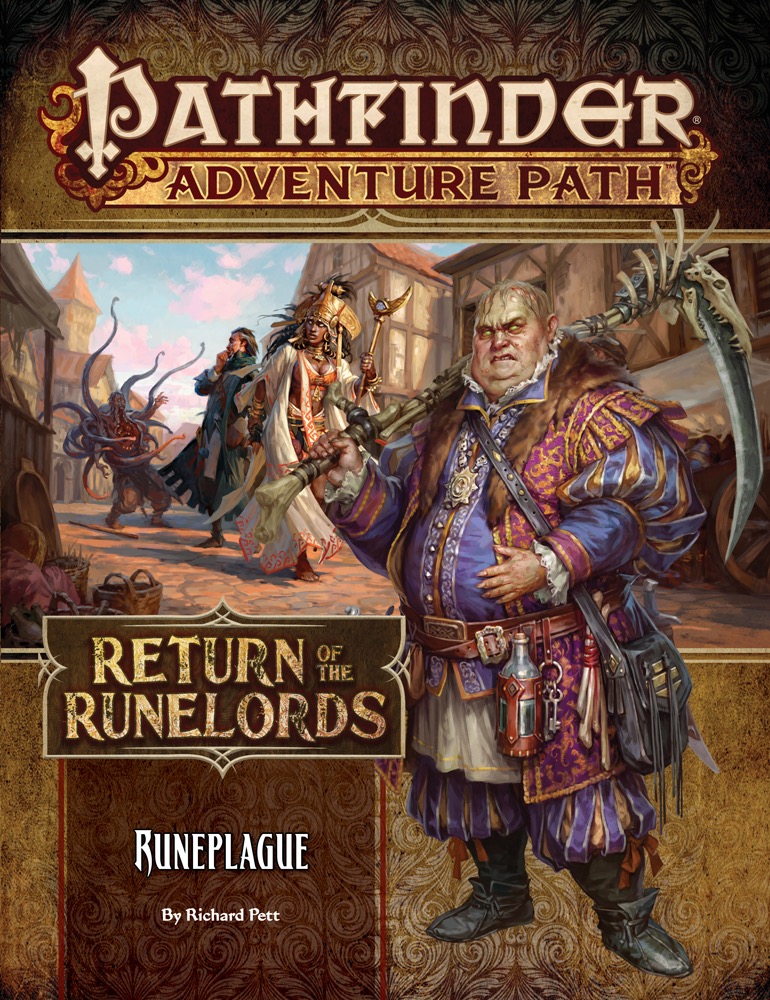 Varisia has long survived in the footprint of the ancient nation of Thassilon, but now the powerful runelords who once ruled that realm are waking from their centuries-long slumber, hurtling this frontier nation—and the entire world—toward great danger. The latest manifestation of peril facing Varisia’s newest group of heroes is a hideous plague that threatens to spill into the streets of Magnimar and spread to the other major cities of the region, transforming beggar and prince alike into slavering monsters. Which of the runelords might rise next, and are all of them equally dangerous? Could some of them even become the heroes’ allies? And what is causing a series of strange visions and otherworldly invaders to haunt and harry the heroes?