That Time an Ork Started a Genestealer Cult…

The Grimdark galaxy is a BIG place and anything can happen – AND GET RULES! While we await Orktober to really kick off let’s find out how Orks really can breed with other races.

Today we are going way back to 1991 and it’s FREEBOOTERZ Ork armylist supplement.  Even 27 years ago, those crazy designers at Nottingham were coming up with all kinds of craziness. 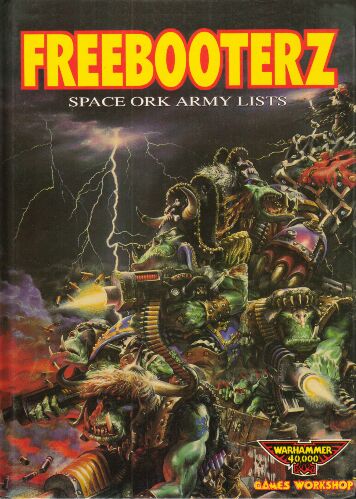 Just take a look at today’s offering from the days of yore. You will want to read this page – trust me! 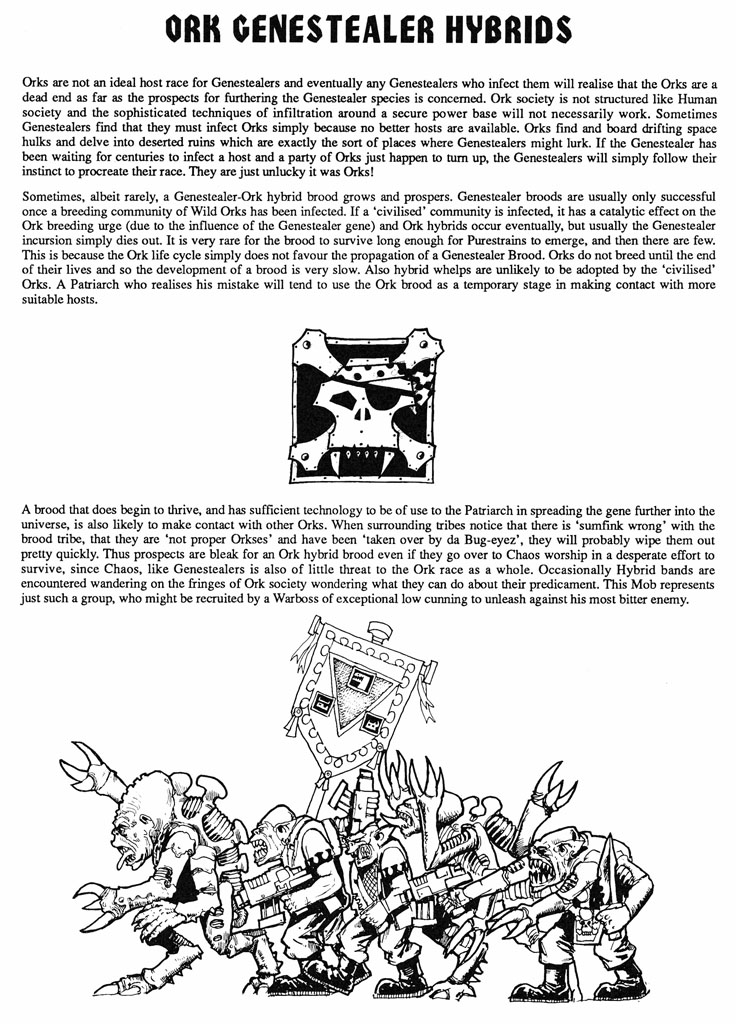 There is just SO MUCH AWESOME in that single page of fluff.   The concept of Orks being particularly bad hosts for Genestealer Cults due to thier biology and societal rules is great. I love the concept of a desperate and somewhat hapless Patriach realizing he’s made a terrible, terrible mistake infecting Orks. So he basically sells his Cult’s services to the highest bidder in the hopes of one day discovering some humans or pretty much ANY other living creature besides Orks to expand his coven.  Ork society is tough – even Tyranid biology usually won’t cut it.

But that’s not all – not by a longshot… 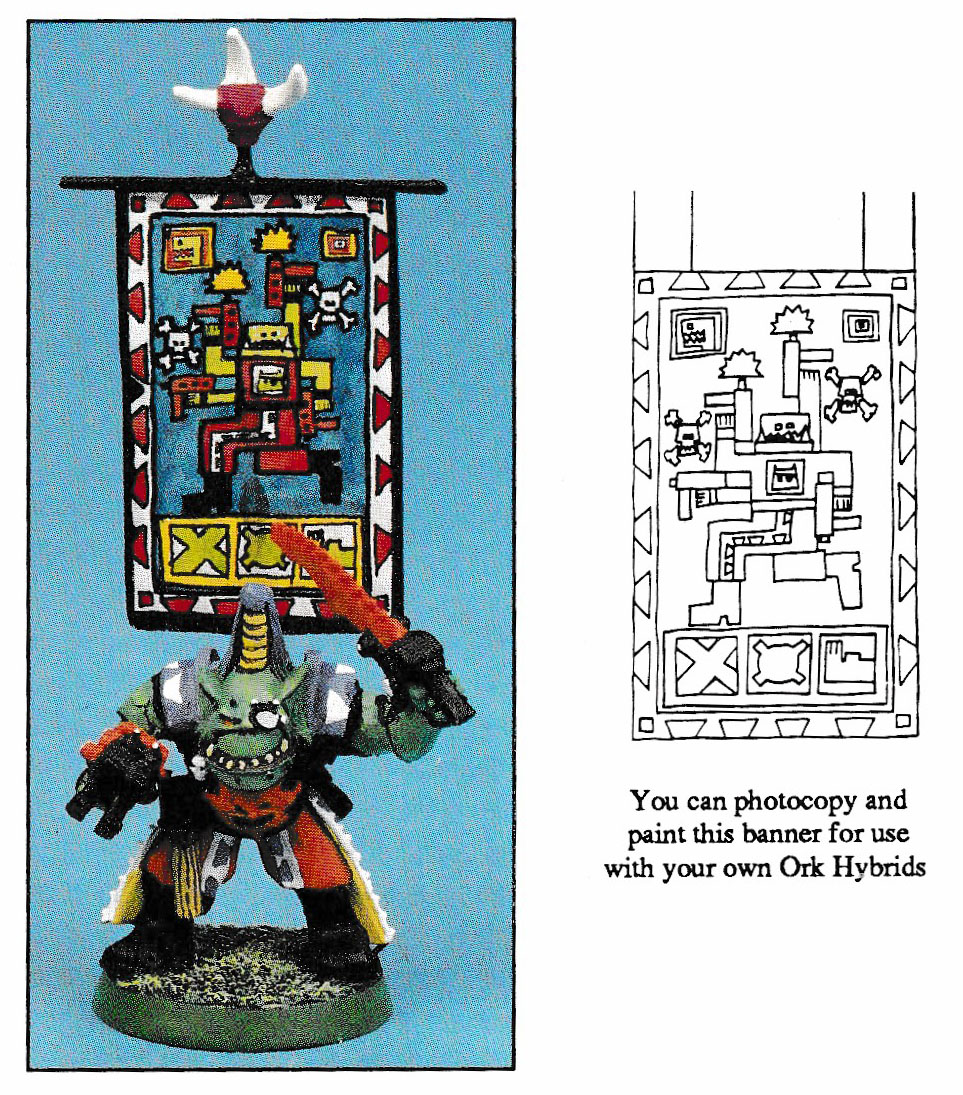 I want you all to behold what maybe the BEST Ork banner – EVER.  The 4-armed Genestealer Ork Cult glyph.  I REALLY REALLY hope some of you print that out, paint it up and use it on your own warband.

There are Rules Too… 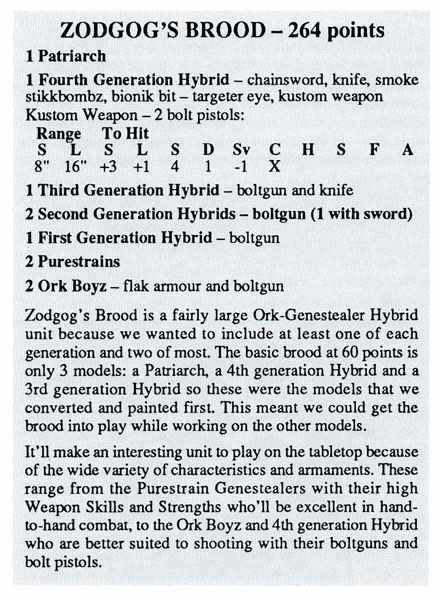 This is just the tip of the Ork Genestealer Cults info and you can expect much much more in ancient Rogue Trader Ork gaming archeology in the days ahead.  Really though I just HAD to get that banner out to the masses the second I laid eyes on it! It’s crazy that stuff this good is almost 30 years old.

~Hands up, who’s up for even one converted Ork Hybrid mob for your army?  Your friends will be jealous!