GW: The Year That Was 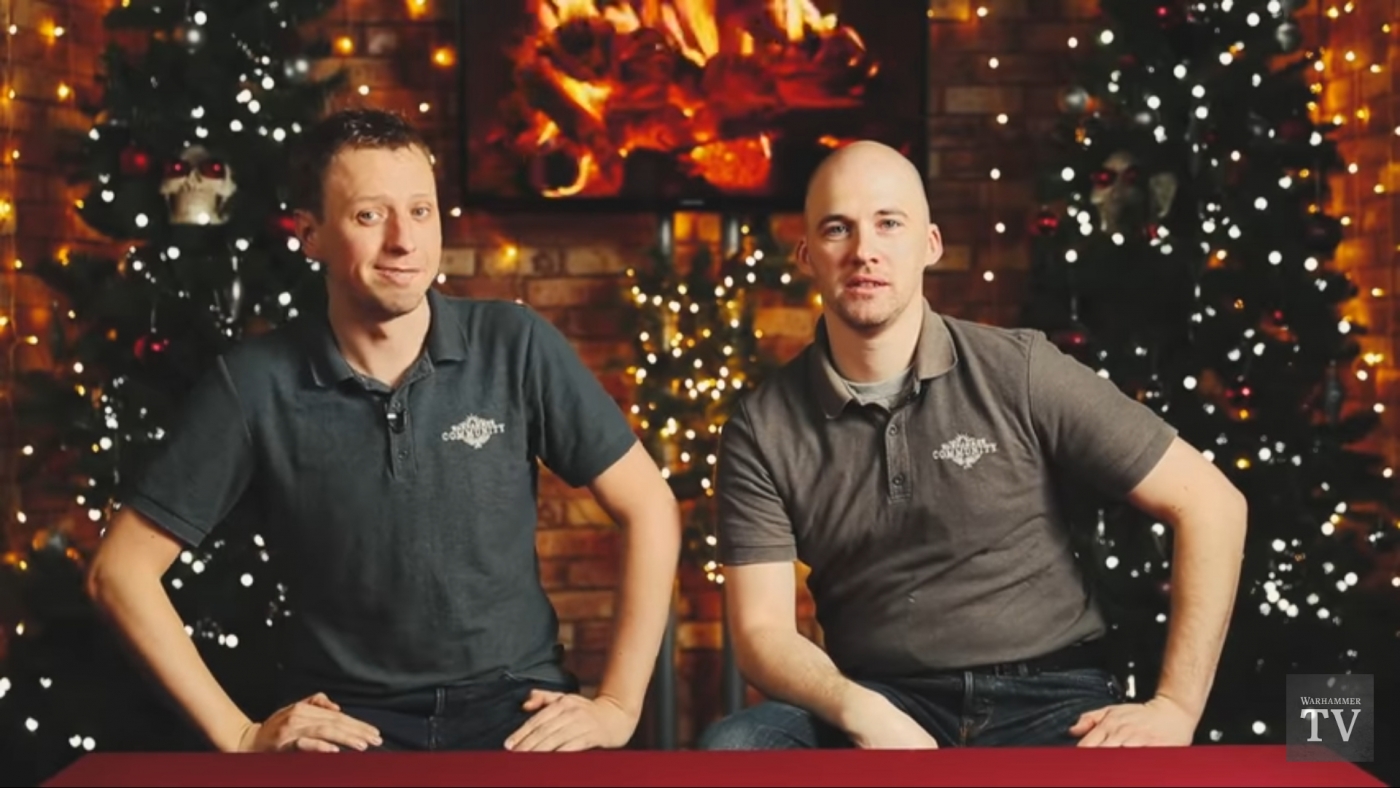 Come join Warhammer TV’s Duncan and Peachy (Peachy and Duncan) for a look at the year that was. Honestly, with everything going on in the world, it’s been a little refreshing to dance a chance to reflect and realize wait, that was THIS year?

So gather around the last flickering embers of 2018, and prepare for what comes next.

New Nurgle Minis, the Adeptus Custodes, Malign Portents and its four new heralds, and who could forget the Thousand Sons (I did), the Daughters of Khaine and Morathi, Idoneth Deepkin, T’au and Forgebane, Drukhari, Necromunda’s Gangs, Speed Freeks, Orks, Deathwatch (I could have sworn that– was at least afew ago), Harlequins, Age of Sigmar 2.0, Imperial Knights, new Stormcasts, Night Haunts, Endless Spells, Kill Team AND Rogue Trader AND Commanders AND all the new terrain, The Nightvault for Shadespire, Adeptus Titanicus AND all the Titans, Space Wolves, Vigilus Defiant, Blood Bowl’s new teams, Blackstone Fortress, the new Middle Earth, Men of Iron, Beastmen and their Books and Chapter Approved and Wrath and Rapture and the new Noise Marines–it’s exhausting.

And that’s just one year, who knows what the next year will hold in store?

GW didn’t start the fire, it was always burning since the world’s been turning.