40K Lore: The Adeptus Arbites Are Our Sworn Protectors

Loremasters and Loremaster-Initiates, we’ve heard that many of you are worried that Genestealer Cults could infiltrate societies throughout the Imperium–and while they can, the brave souls of the Adeptus Arbites are here to root out corruption before it takes hold.

The seeds of evil ever hunger for fertile soil–this is why it is up to each of us to recite the litanies against corruption and free thought, but when the devilry and cunning of the most fiendish and depraved servants of Chaos or Xenos come up against the average member of humanity, they may find your vigilance wavering–flesh is weak, after all.

Fortunately there are many institutions that nobly stand between weak-willed humans and unending corruption. For one, there’s an unflinching faith in the Omnissiah and the transformation of flesh into a more machine-like state of perfection, but such a transformation is only for the worthy. Similarly the Adeptus Astartes choose only the best and brightest for their ranks.

You might turn to the Ecclesiarchy or perhaps the women and men of the Imperial Guard to find a place of safety, a bastion of the Emperor’s Will–and the Commisar’s Bolt Pistol–to protect you from being overtaken by the gnawing corruption that would tear out the heart of the Imperium if given a chance. After all, we can be sure that the regiments of the Astra Militarum have never once been suborned by Genestealer Cultists. 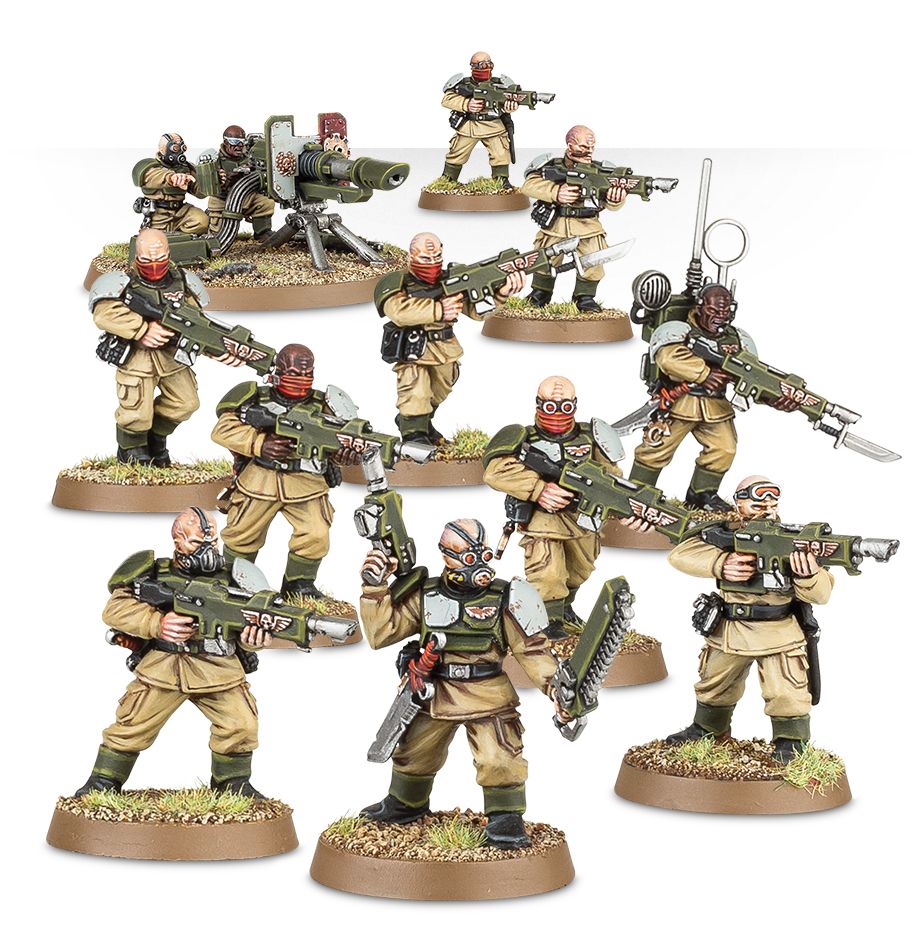 But if a life of discipline or devotion isn’t for you, perhaps because you’ve discovered the action-packed series about Bounty Hunters on Necromunda, or instead realize that the Ecclesiarchy is a diminished reflection of the Omnissiah, who we should be clear, is the Emperor so it’s not heresy, but you’re not adept enough to become anything more than a servitor–for those types, there are the Adeptus Arbites. Yes these women and men stand tall against criminals, they are the Lex Imperialis and without them, the Imperium would surely already be a smouldering ruins. 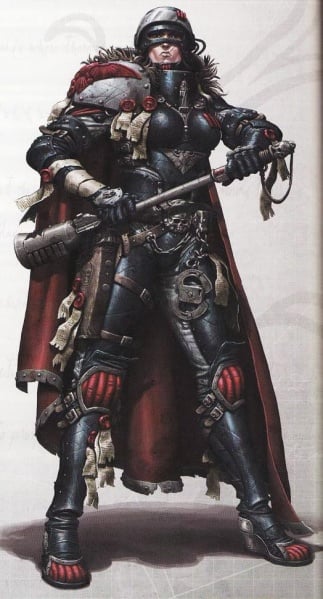 Dating back to the time of he Great Crusade, when compliant worlds had Lord Marshal‘s Offices installed to deal with ‘non-local’ matters, the Adeptus Arbites are a powerful tradition in Imperial History. Like the Adepta Sororitas, they too for a while fell under the sway of Goge Vandire, legendary renegade marshal and traitor.

But when Vandire was put to the sword, the Arbites once more turned to their customary duties, which are to enforce the Lex Imperialis, embodied within the great Book of Judgement. Their organisation represents the soldiers and police of the Adeptus Terra. Each of the Imperium’s worlds have their own government, laws, and their own local police forces to enforce those laws. The Arbites concern themselves only with the enforcement of the broader laws to which the entire Imperium is subject. The common duty of the Arbites is overseeing that the Governor of each world is regularly paying his planets Tithe. In the event of a rogue Governor or a major revolt which threatens Imperial rule, the Arbites will brutally intervene to restore order. As a result of their constant oversight the presence of Arbites are often a source of discontent for Governors, but something they must nonetheless tolerate. 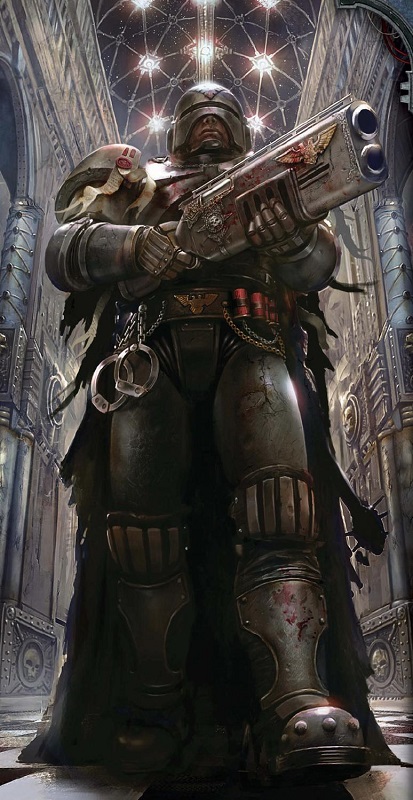 The Adeptus Arbites maintains a presence on almost every Imperial world, headquartered in fortified Precinct-Fortresses also known as Courthouses. The courthouses are equipped to be self-sufficient and to support a complete Arbites army. They consist of armouries, dungeons, barracks, firing ranges, scriptories, archives, warehouses, kitchens, gymnasia and garages. Courthouses are sometimes a world’s only connection with the rest of the Imperium. The women and men of the Adeptus Arbites are utterly devoted to their task and without mercy to those who break the Lex Imperialis. Arbites are usually recruited through the Schola Progenium, often those who have displayed great force of will and brute strength.

And it is this force of will and brute strength that protects the Imperium. Whether putting down insurrections of Genestealer Cultists before they can spread, putting down rebellious heretics espousing Chaos worship, or putting down traitorous governors who don’t want to pay their tithes, orp utting down rebellious Imperial Citizens who believe that the practices of the Adeptus Arbites are unjust, brutal, and to be condemned against common decency, the Adeptus Arbites can be counted on to uphold all that humanity stands for.

So take heart loremasters–surely none of you would have any reason to fear the Adeptus Arbites?