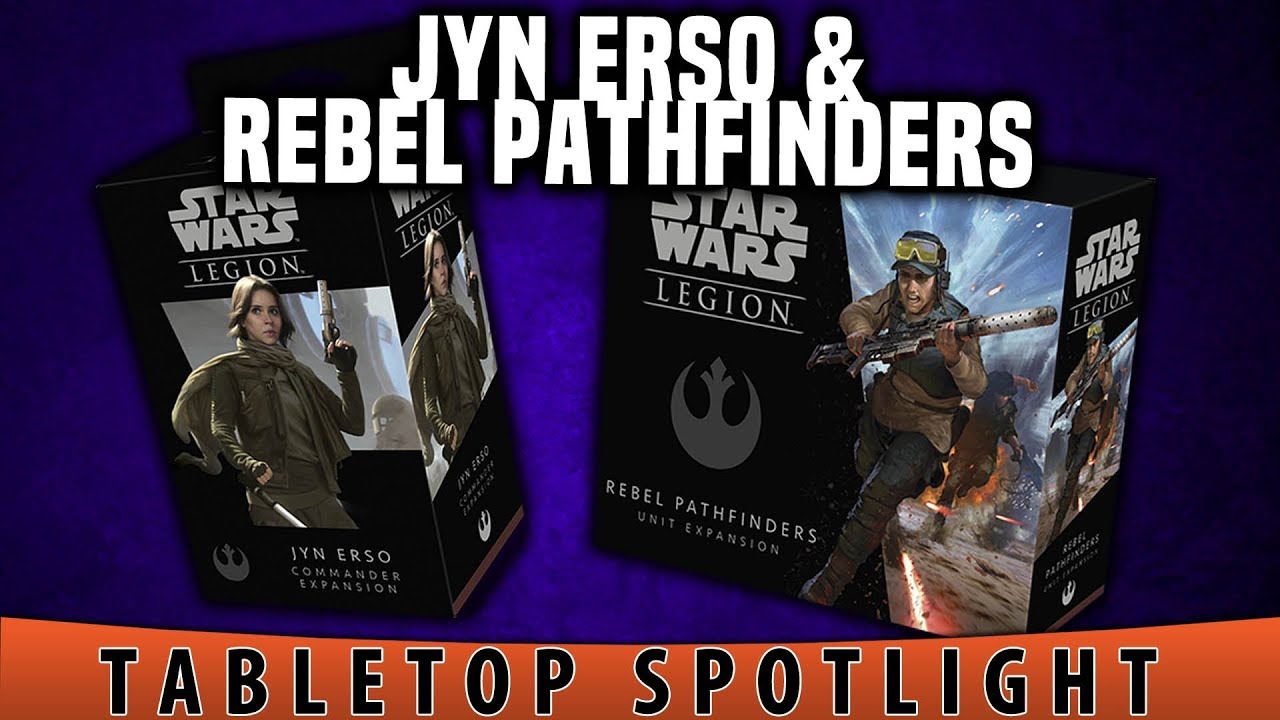 The Rebel Pathfinders come with a total of six unique miniatures, four of which are armed with A-300 rifles while Bistan and Pao will take on the heavy weapons role.

Jyn Erso comes with 3 new command cards and obviously the associated unit card, but also 4 new upgrade cards which can be applied to Jyn Erso herself or any of your other units. 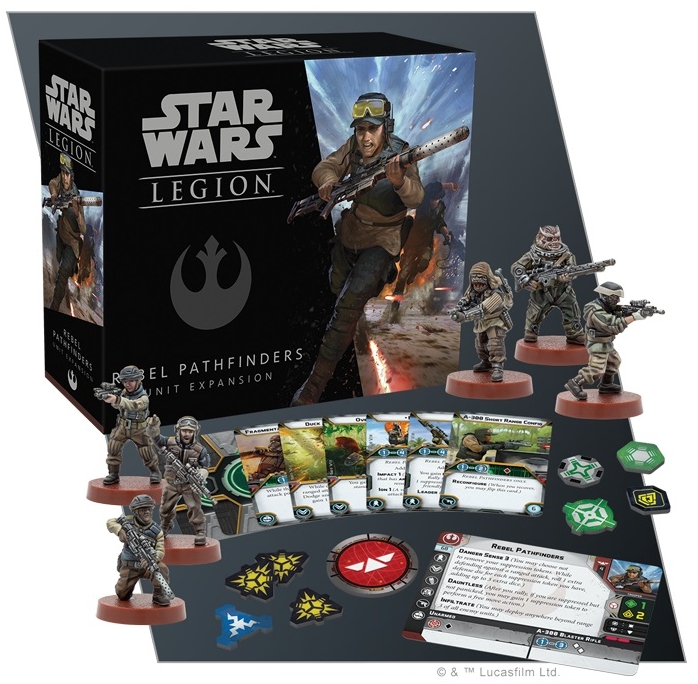 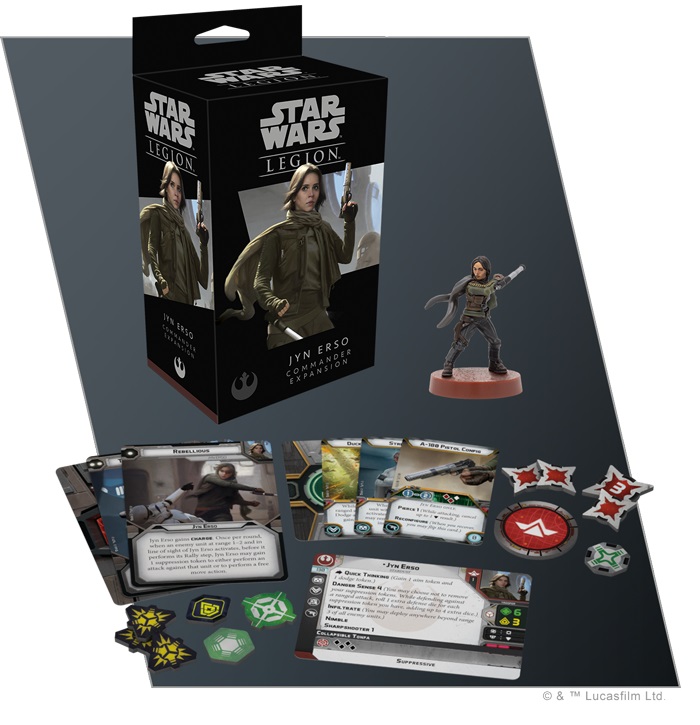