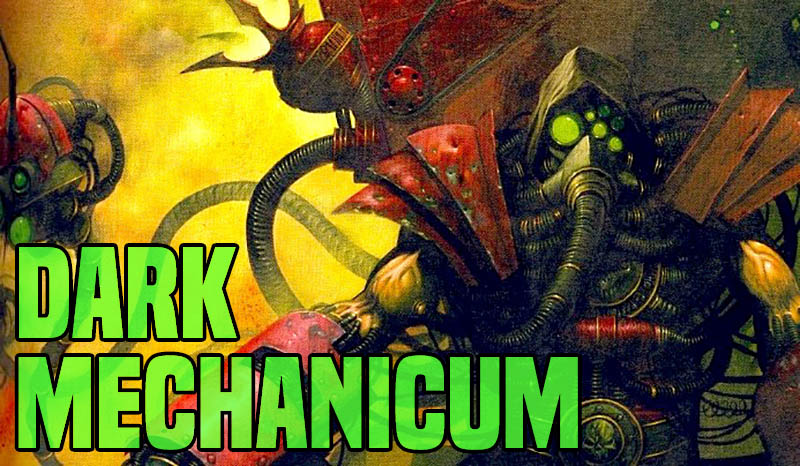 It is a woeful time indeed, Loremasters, when the perfection of machines becomes corrupted by the weakness of the flesh. And yet that is the topic of our lecture today.

Gather ’round, Loremasters and Loremaster-initiates. Today we discuss how readily the flesh falls–even the Adeptus Mechanicus, who wisely shun the flesh (which is weak), are human enough to be subject to the corrupting forces that pull at the psyche. And when they fall, we run into the evil forces known as the Dark Mechanicum. Referred to by themselves as the New Mechanicum, the Dark Mechanicum is a Chaos-affiliated sect of the Adeptus Mechanicus. Its origins trace back to those who pledged loyalty to Warmaster Horus at the end of the Great Crusade. The Dark Mechanicum serves as a dark “mirror” to their counterparts within the Imperium. 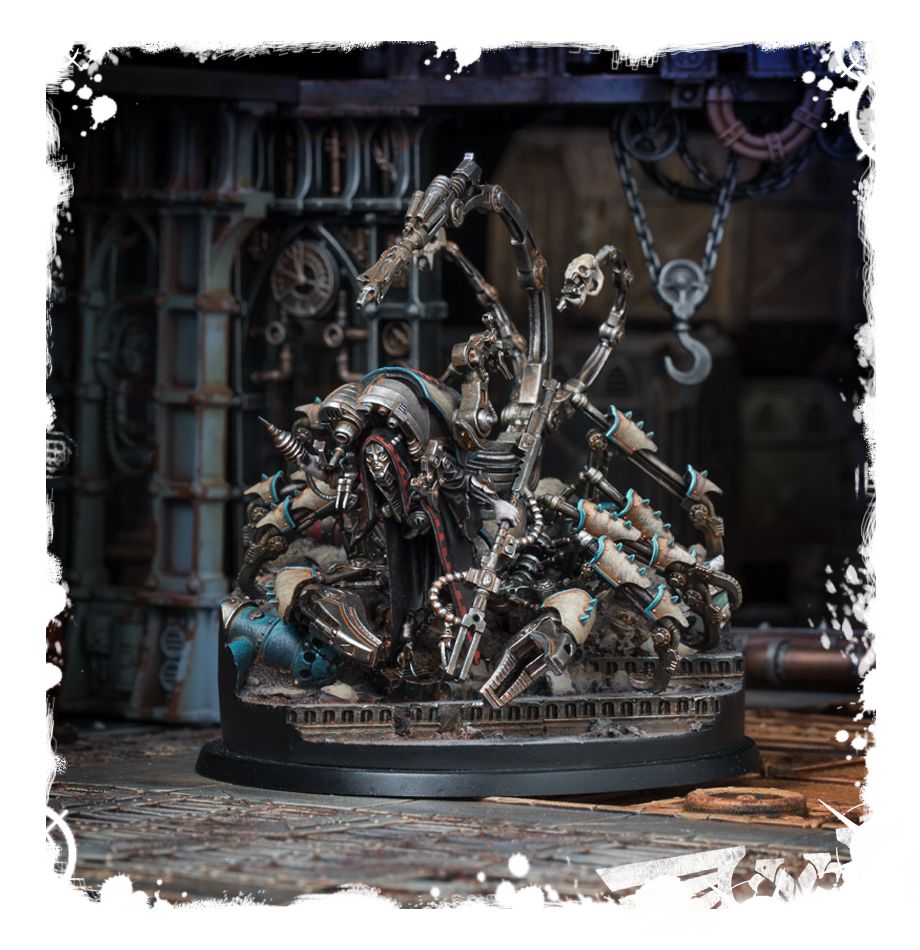 And here it is that we digress into truly heretical territory. Be careful, Loremasters and Loremaster-Initiates… knowledge is dangerous, and the technologies invented by the Dark Mechanicum are some of the most virulent and vile. Here is but a small sampling of what their dark knowledge has wrought:

Scrapcode – A type of Warp-infested computer virus capable of infecting all forms of machinery.

Scrapcode can be seen as the machine equivalent of the Dark Tongue, seemingly nonsensical at first but possessing an anarchic power that cripples a Machine Spirit and perverts a piece of technology to the cause of Chaos. It is said that even Knights and Titans have succumbed to this ravening, self-replicating scourge. Warpsmiths often oversee the implementation of Scrapcode, who turn have learned this art from the teachings of the Daemon Primarchs Mortarion and Perturabo.

Scrap Code Generators – Highly dangerous devices to possess as they are mechanisms of tech-heresy of the highest kind. By being coupled with sanctified Imperial machine spirits, they are able to inflict electronic virus-patterns into the datacurrents. They function by disrupting the currents and inducing electronic seizures leaving the shattered remnants of the machine spirit being reformated into a more pliable as well as useful configuration. This leaves the machine spirit with new functions and new loyalties. 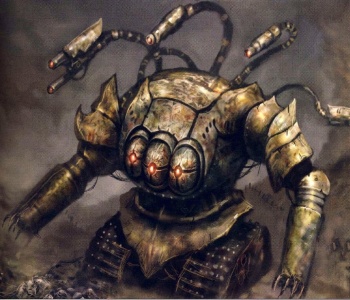 The Kaban Machine – Built in mockery of the Mechanicus’ hallowed Kastelan Robots, the Kaban Machine was a much different beast entirely. To begin with, it was an Artificial Intelligence. And it was massive: its bulk was as wide as it was tall and was equipped with a fearsome array of weapons with several being mounted on weapon-tentacles, some of which were recognisable whilst others were a complete mystery. The machines form of locomotion took the form of a heavy tracked unit allowing it to move about its environment. In addition to its armoured skin, it was also equipped with void shielding to protect it from harm.

Measuring ten meters tall, its form was roughly spherical in shape with two arms that were heavily weaponised that were located on opposite sides of one another. There were also high pauldrons that were designed to protect its sensory apparatuses behind which were a number of metallic arms that extended from its shoulders, shaped like massive Mechadendrites that were equipped with a variety of fearsome looking devices.

Helstalkers – Scuttling Daemon Engines that serve as steeds for Lord Discordants, who ride them into battle.

These nefarious Daemon Engines are able to parasitically devour the Motive Force of its mechanical prey be it Imperial or Xenos in origin with their Hypno-Armour Syringes that inject Scrapcode directly into its victim. As it does so, its own metallic frame swells with ingested code and subroutines. The Lord Discordant siphons off the pained spirit of the dying technology. This harvested energy is then used to reinvigorate other Daemon Engines, or is released as beams to infect the systems of other vehicles.

Be wary, Loremasters, lest even you be corrupted by this dark force. 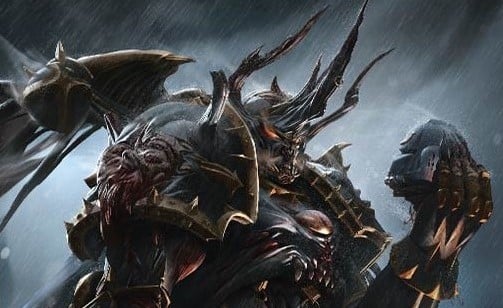