The Australian Championship is going down this weekend and Games Workshop has some pretty massive teases going out there. First off: are the Skitarii finally getting a transport option? Looks like all those prayers to the Omnissiah are finally getting a response other than “NO.”

Interesting! That sure seems like the Skitarii are going to finally have a transport into battle of their own. Does anyone want to take some guesses as to what it could be? Will it be a flying transport? Or maybe a ground-pounder! Oh, they have options, dear reader – they have many options!

Games Workshop has a message for Iron Hands players out there:

“Iron Hands players. Let’s take a moment, just for you. (If you don’t collect Iron Hands, keep reading anyway – we promise you won’t be disappointed). Nearly every time we’ve held a Warhammer Preview, one of you guys has been brave enough to stand before the raging tides of hype and say: “Sure, this is cool, but what about an Iron Hands named character?”

This is the kind of dogged persistence that’d make Ferrus Manus himself proud – and we’re happy to announce that your valiant pleas have finally been met with an answer.” 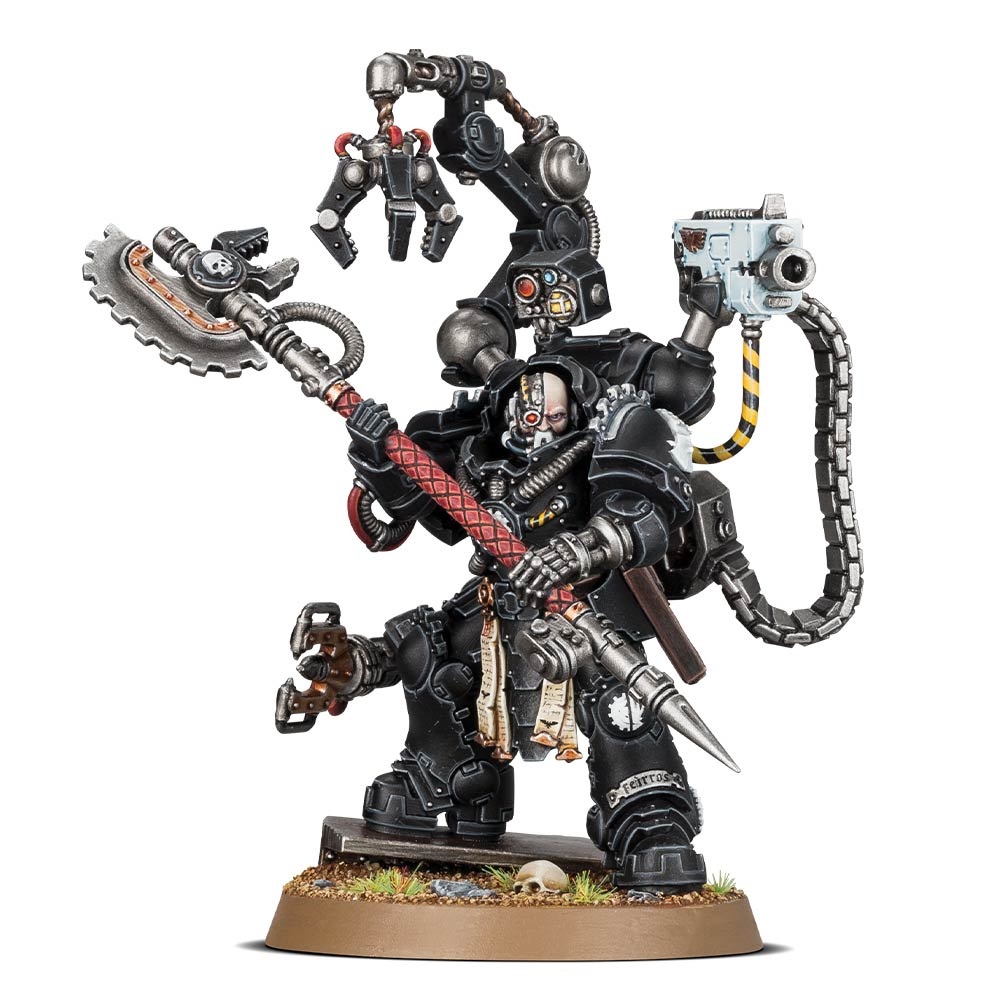 Oh fancy! A couple of things to note here – That Iron Father is a Primaris Marine for starters. And he certainly looks like a Techmarine! So, not only are we getting this model as named character, we’re finally getting a Primaris Techmarine replacement, too. I have other questions like “where will we find his rules at?” and “when is this going to be released?!” Also, “does this mean a new Thunderfire Cannon is in the works?” I guess we’ll have to wait and see…

What do you think Adeptus Mechanicus Players? How about you Sons of Manus? Let us know in the comments!