Boardgames RETRO: Junior And The Raiders of the Lost Ark 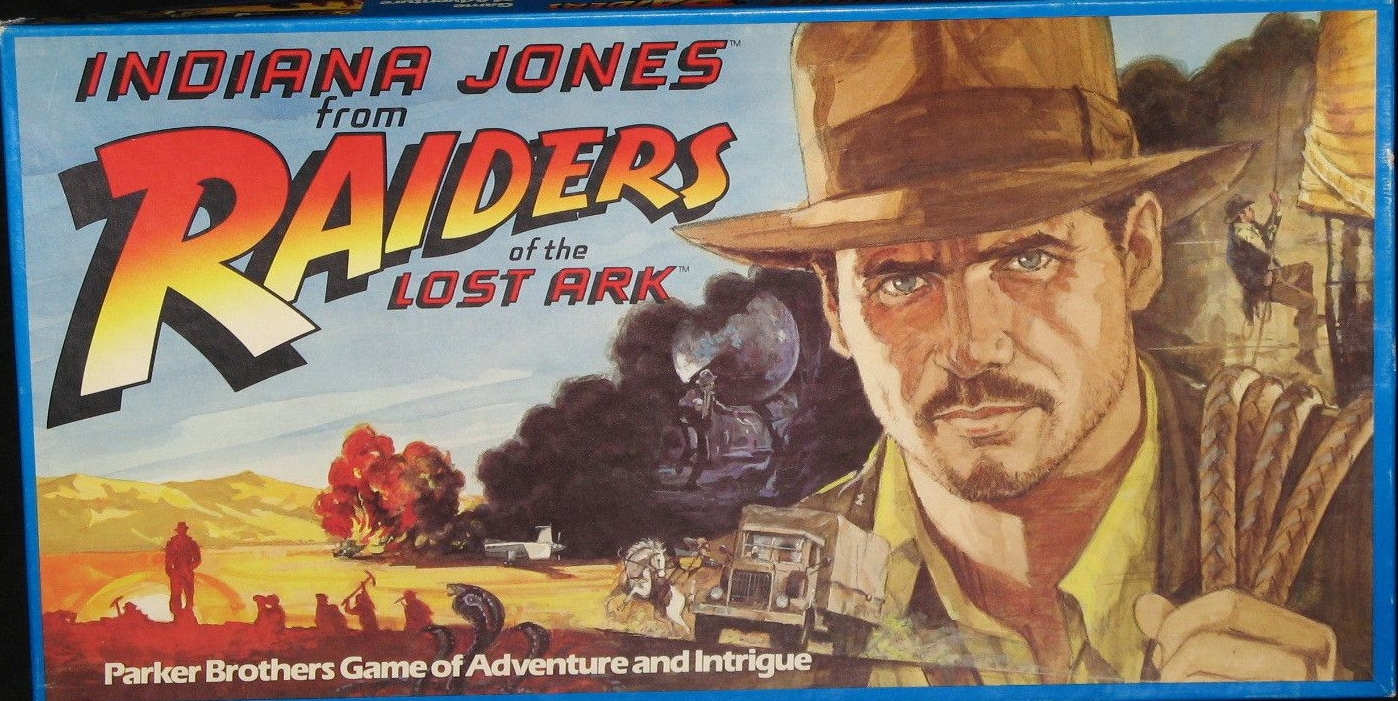 Even as the weakest of the three Indiana Jones movies, the board game is a great collector’s item.

While I certainly hope I don’t have to explain who Indiana Jones is, I’m pretty well jaded with those darn kids today so who can even tell anymore. 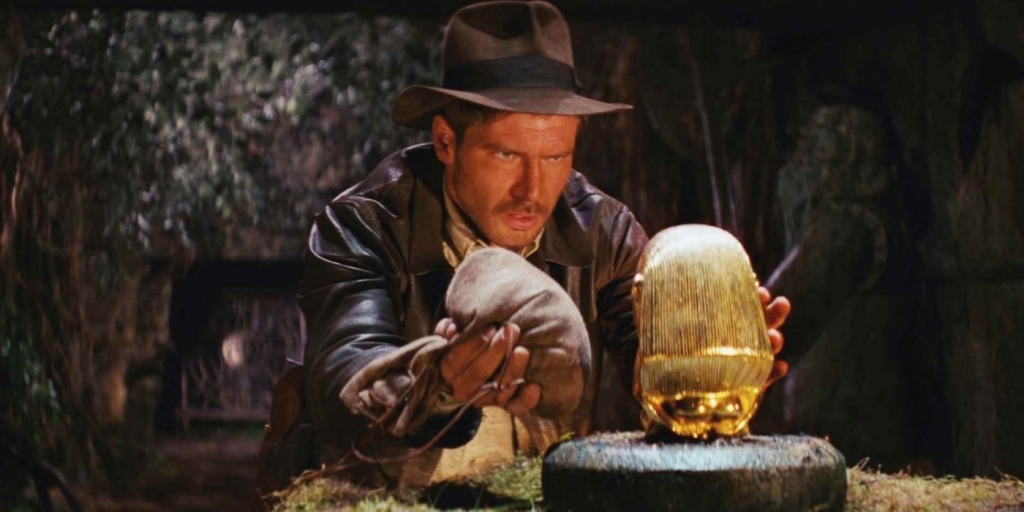 But, for sake of inclusion, Indiana Jones had a series of movies back in the 80’s. There were only 3 of them which is perfectly fine because they were all so good that attempting to make another would not only besmirch his good name, but probably end up being a massive disappointment regardless of the actual quality of the film since the nostalgic hype built up naturally within the audience would make it impossible to actually live up to any standard they themselves had set, regardless of how unknowingly unreasonable those expectations were.

… …So it’s a good thing they didn’t make another. Or are working on a 5th. That would be totally crazy. amirite?

As with all good franchises in the 80’s, toys and games were plentiful. 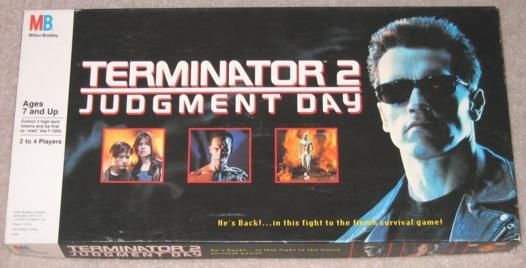 Back before movies could be ‘not for kids’.

Indy was no exception, so we’re here today to talk about the game based on the best of the three Indiana Jones movies, Raiders of the Lost Ark. 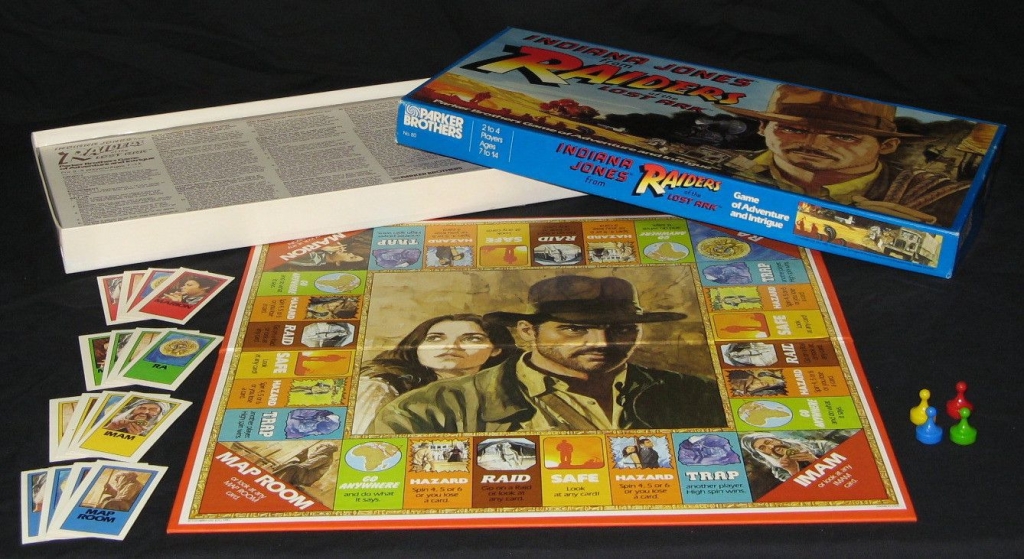 Don’t @ me. Argue in the comments where I can more easily ignore them.

Released in 1982 by Parker Brothers, I especially like the title of the game, Indiana Jones From Raiders of The Lost Ark, which implies the game isn’t about the movie, but rather about the main character, who happens to be in that movie.

Indiana Jones From Raiders of The Lost Ark is a competitive roll-to-move game. The goal of each player is to be the first player to collect 4 cards of the same color. The cards are each supplied in the 4 corners of the board. 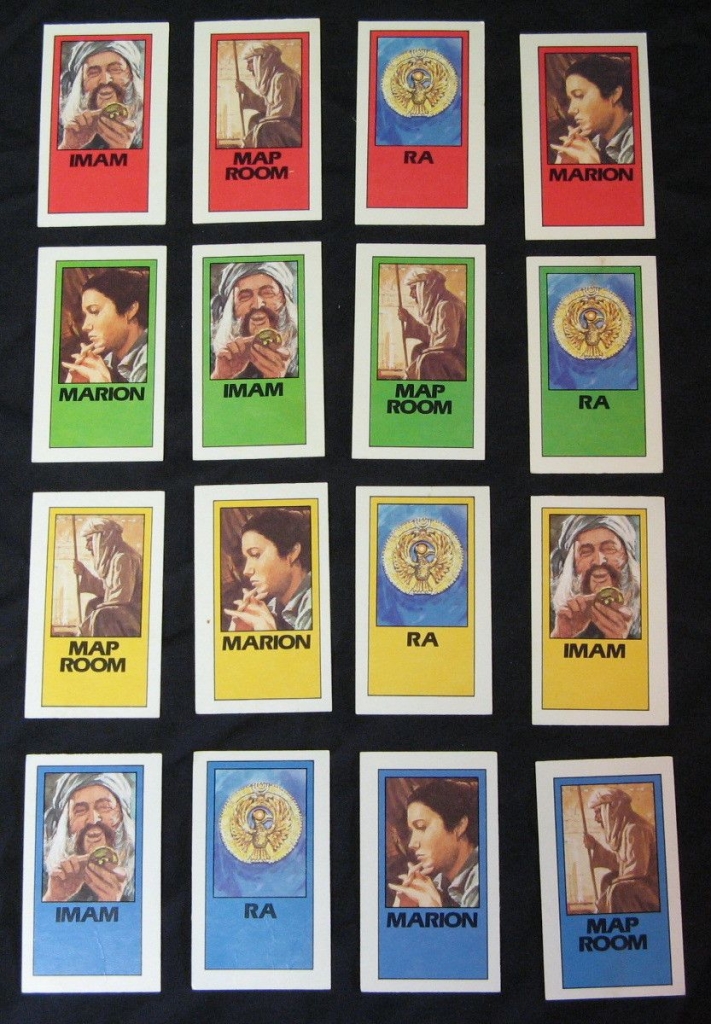 Landing on the various spaces around the board will force different effects.

There are also Raid spaces, which are a little more complicated. When a player lands on a Raid space, they can either peek and any 1 card from anywhere or they can go on a raid. 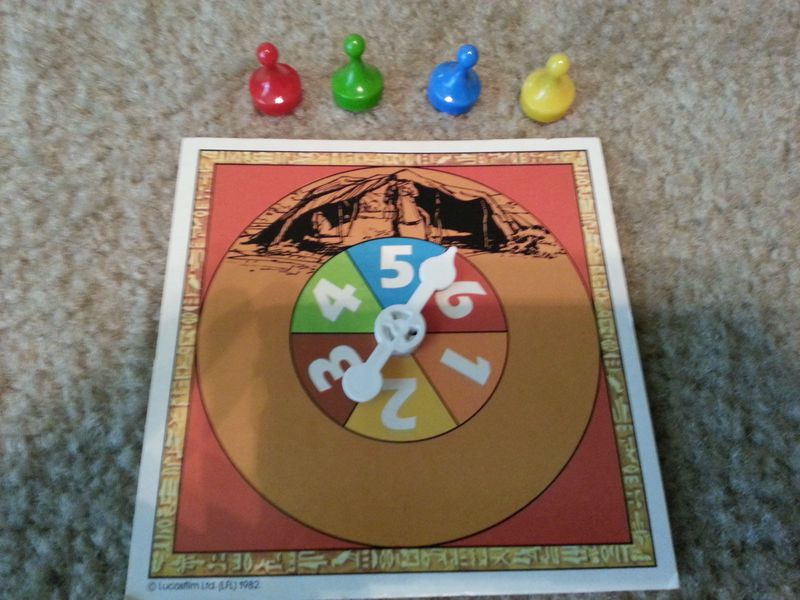 The raiding player announces which color for which they are raiding. Then they choose cards from around the board or from opponent’s hands. If they flip over a card of any color other than the one announced, they stop. However, so long as they continue to flip over cards of the raiding color, they keep going. Soon as they wish to stop, or reach 4 revealed cards, they collect all revealed cards.

Once a player has 4 cards of the same color, they win!

Overall, the gameplay is pretty decent. Nothing highly strategic, but there is certainly a decent memory component to it and a mild amount of deduction, in the same realm as Clue.

But the box art and board art are certainly worth it, for the collector.

Overall, a great way to commemorate the second best of the three Indiana Jones movies.