That’s right folks, the Blood Ravens are coming. Spotted on Imgur: a preview of the Index Astartes in next month’s White Dwarf. Let’s take a look right here. 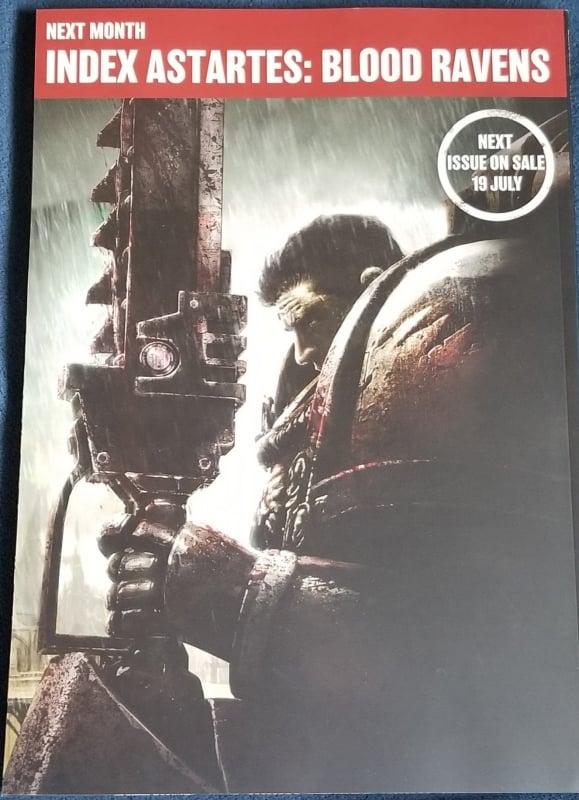 There they are in glorious melodrama, the Blood Ravens, whom you might recall from the Dawn of War series. Certainly the chapter was around before then, but the games helped cement their popularity. Some folks on the internet have said the image was a fake–now more are circulating that seem to corroborate it. 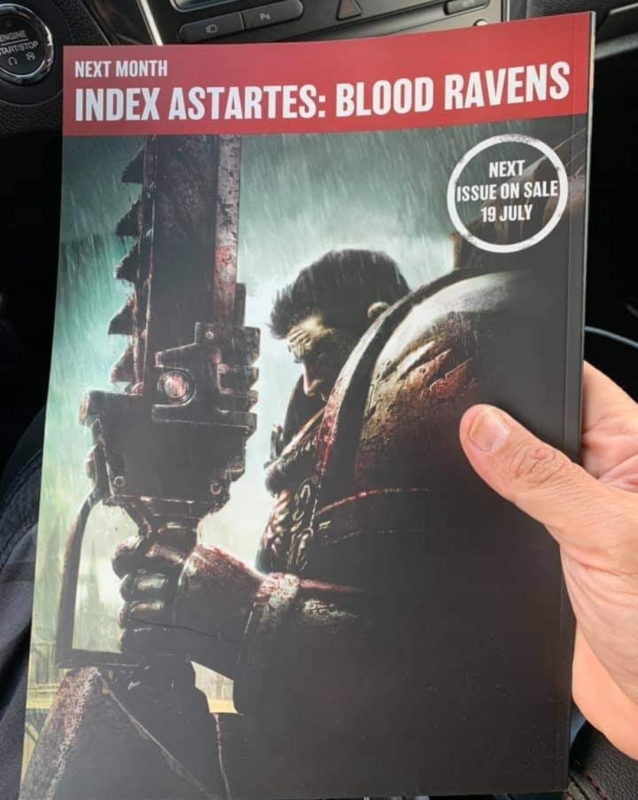 Now obviously this could all be incredibly well done–but for now it appears to be the real deal. So let’s take a look at a little history of the Blood Ravens.

This mysterious Chapter of Space Marines is dedicated to the acquisition of knowledge as well as service to the Imperium of Man, and have quite a history to them. The Blood Ravens possess a cadre of powerful Librarians and are noted for their ability to predict enemy movements and fall on them with the precise application of force required. Their origins are unknown and a cause of much speculation to themselves and to others.

The Blood Ravens of fact, not of legend, are driven by the need to discover the truth about their origins, as well as the philosophy of the gaining of knowledge. To this end, they have developed friendly interactions with the Adeptus Mechanicus and have often been assigned to Explorator missions to unknown/unexplored areas of the galaxy as a result. Combined with their own missions to seek out ancient ruins, mythic sites or other sources of information, the Blood Ravens have done much to expand the boundaries of both Imperial knowledge and space.

The Blood Ravens have also become notable for engaging their heretic brethren, with some of their most recent campaigns featuring heavy interaction against the forces of Chaos. Of particular import are the actions of the 3rd Company under Gabriel Angelos on the world of Tartarus, where the Alpha Legion (as well as various xenos forces) were combated, the multi-company force commanded by Captain Davian Thule who had to deal with Word Bearers interference during a complex mission primarily directed against a Necron threat on the world of Kronus, and perhaps most critically, the failed Kaurava campaign commanded by Captain Indrick Boreale, in which a full 5 Companies of the Blood Ravens were lost.

With Librarians enough to collect every overdue book across the galaxy, it looks like the Blood Ravens are coming.