You know what time it is – The Rumor Engine is back with a new hint at a future release!

Time to answer that burning question: What the heck is this thing? Take a look at this new Rumor Engine and see what you can see… 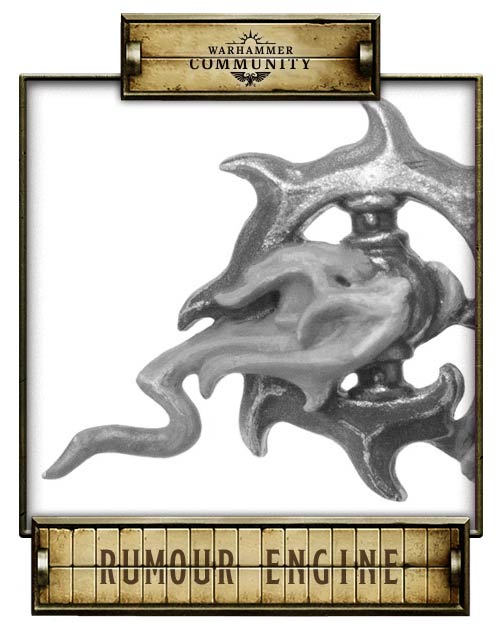 Alright folks, this one is quite the doozy. For starters, we know we are looking at some type of strange flaming contraption. Furthermore, it’s got some cruel looking blades around it, too – are we looking at a weapon or something else?

Lots of armies in both AoS and 40k have the flame motif going on. In AoS, those armies reach across pretty much any faction lines too: 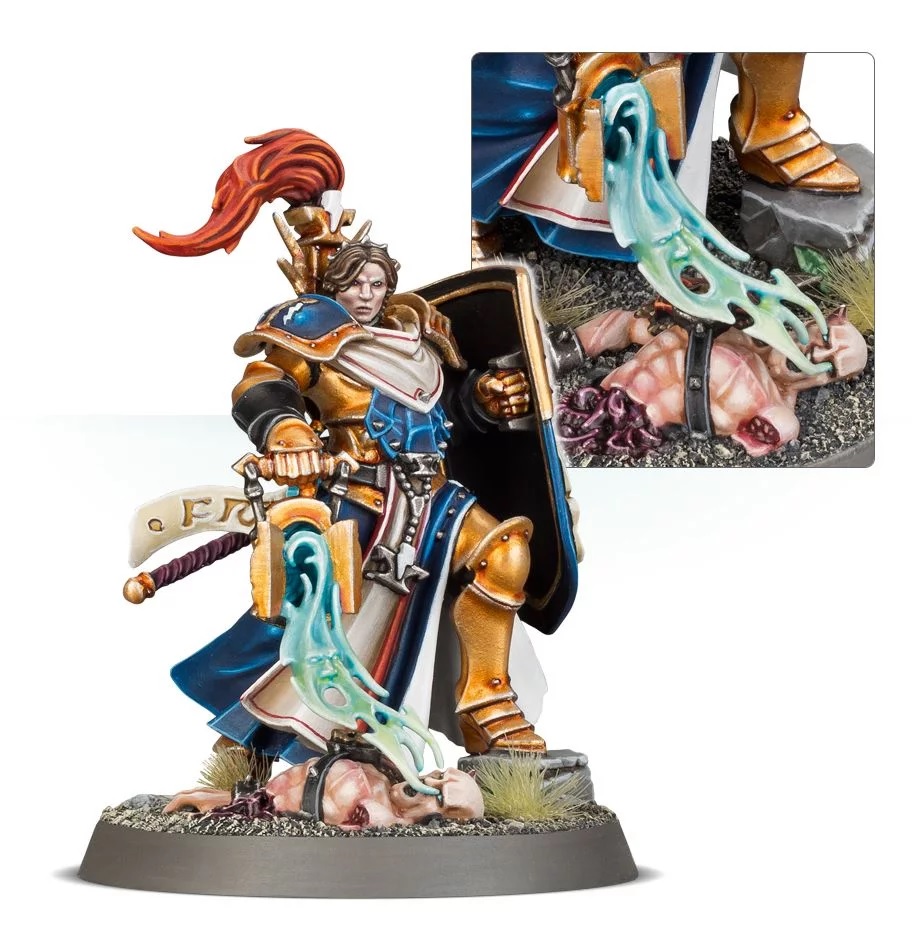 Order’s Stormcasts have their weird lantern that both purify and capture “soulfire” like essence. The key part is the fire part. 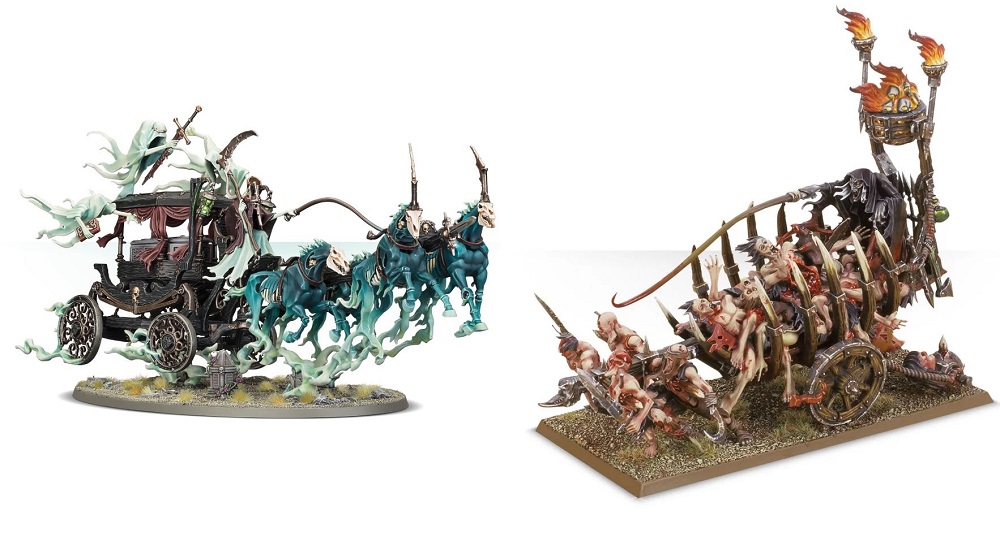 Death has multiple units that have flames of both ghostly and fire varieties in their model line. 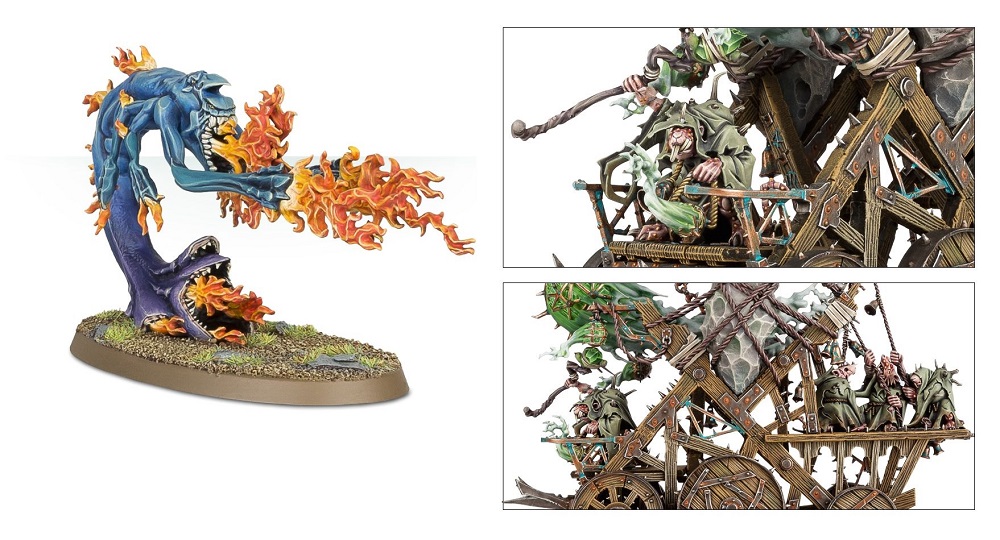 Chaos has flames all over the place – from mortals, to daemons, to even those pesky Skaven! 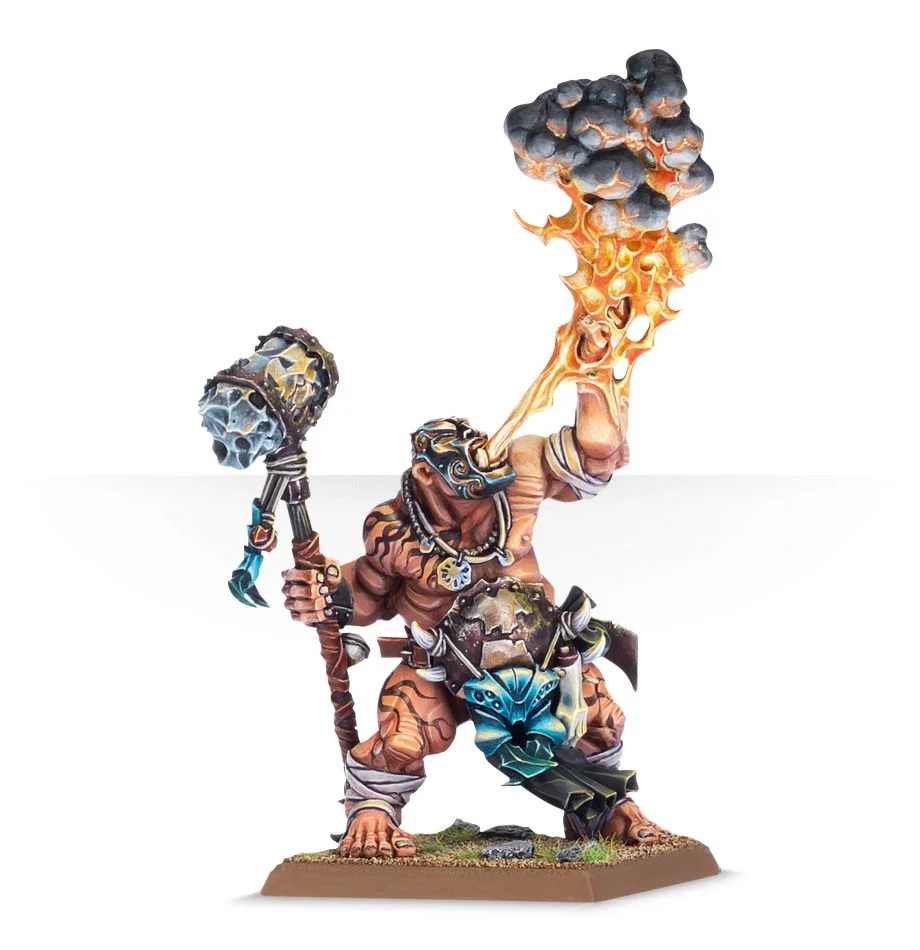 Heck, even Destruction has units like the Firebelly – although they have the fewest units out of the bunch with fire-like motifs going on.

On the 40k side of the house – do we really need to list them? 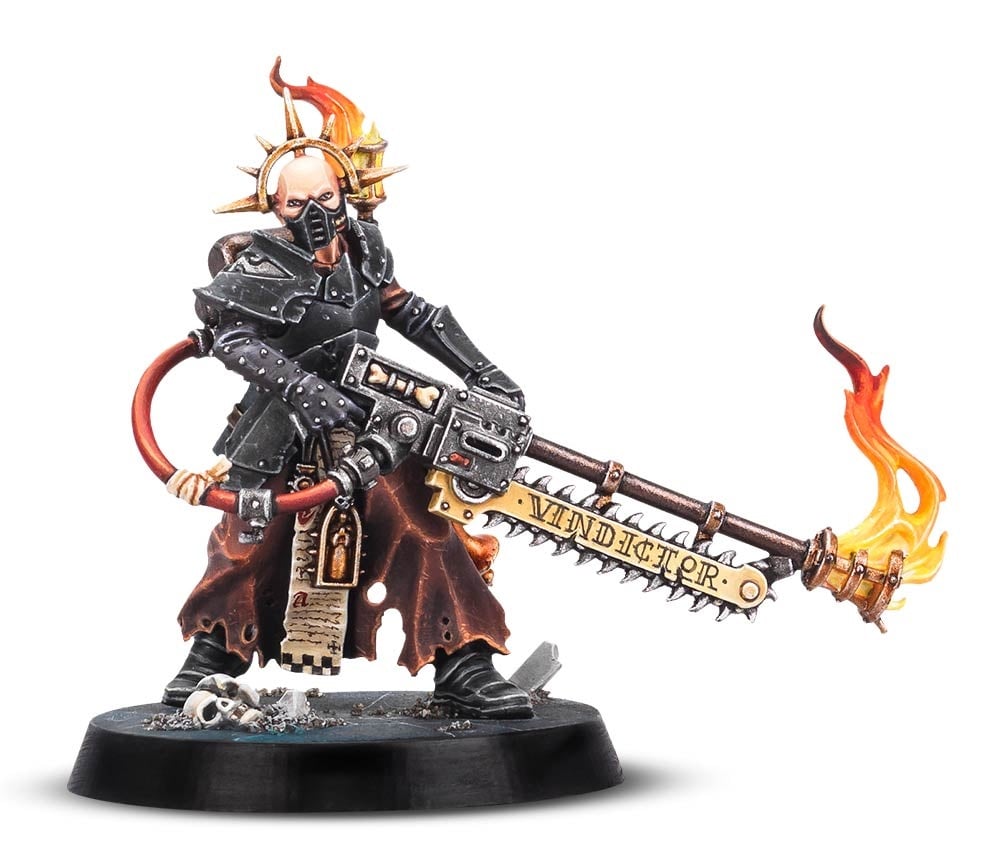 They have LOTS of flames in the Grimdark.

The cruel curved blade keeps getting my attention however. That’s a very distinct looking apparatus. If you can figure out where that is from I think you might solve what this mystery device is…and with that, I’m turning it over to you internet!

What do you think this one is a part of? Drop us a line in the comments with your best guess!