RETRO: ‘Awful Green Things From Outer Space’ Has Come Quite A Long Way 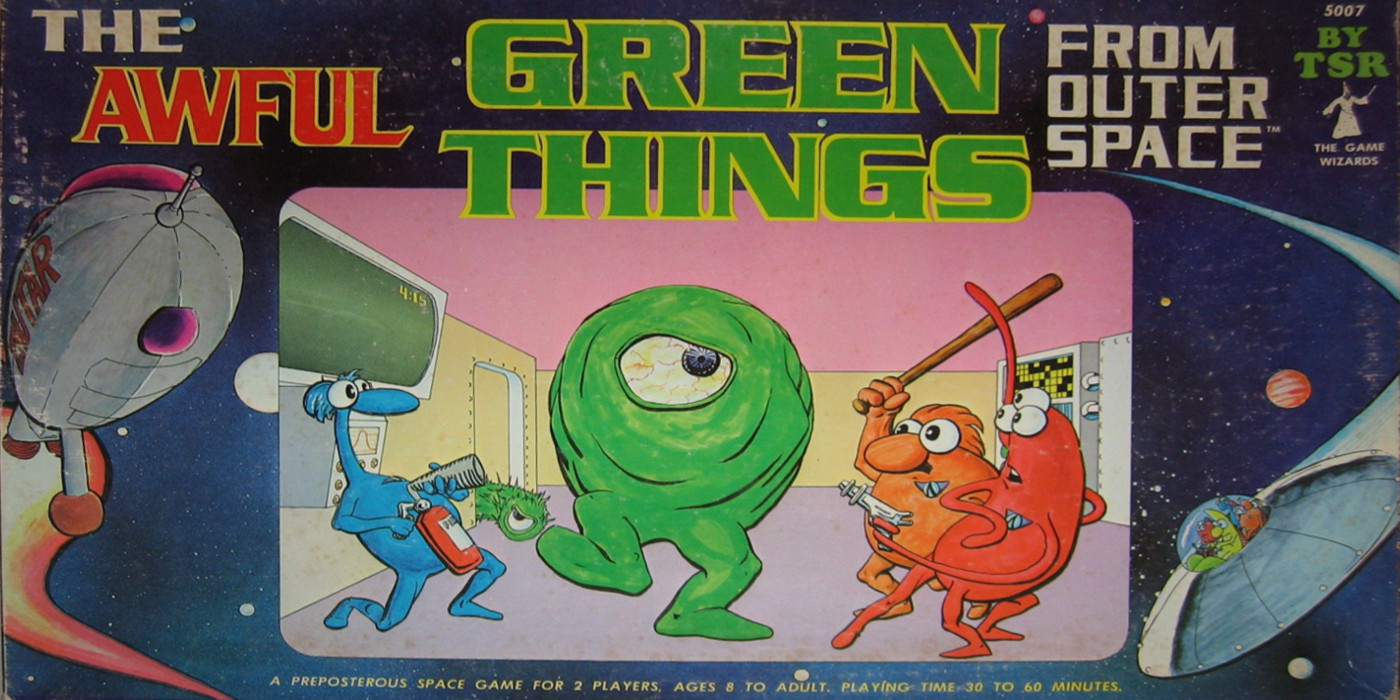 …and I don’t mean because they came from outer space!

Back before the internet, there used to be this stuff called “paper” and it had lots of uses. It used to be used for the analog version of Kindle, the medieval version of Reddit and even the prehistoric version of sending a direct message on Twitter or Instagram. It was slow and clunky but those were the times they lived in. It was a sad and horrible existence.

One such use of this “paper” was kind of like the Board Game Geek forums, but it was called Dragon Magazine. 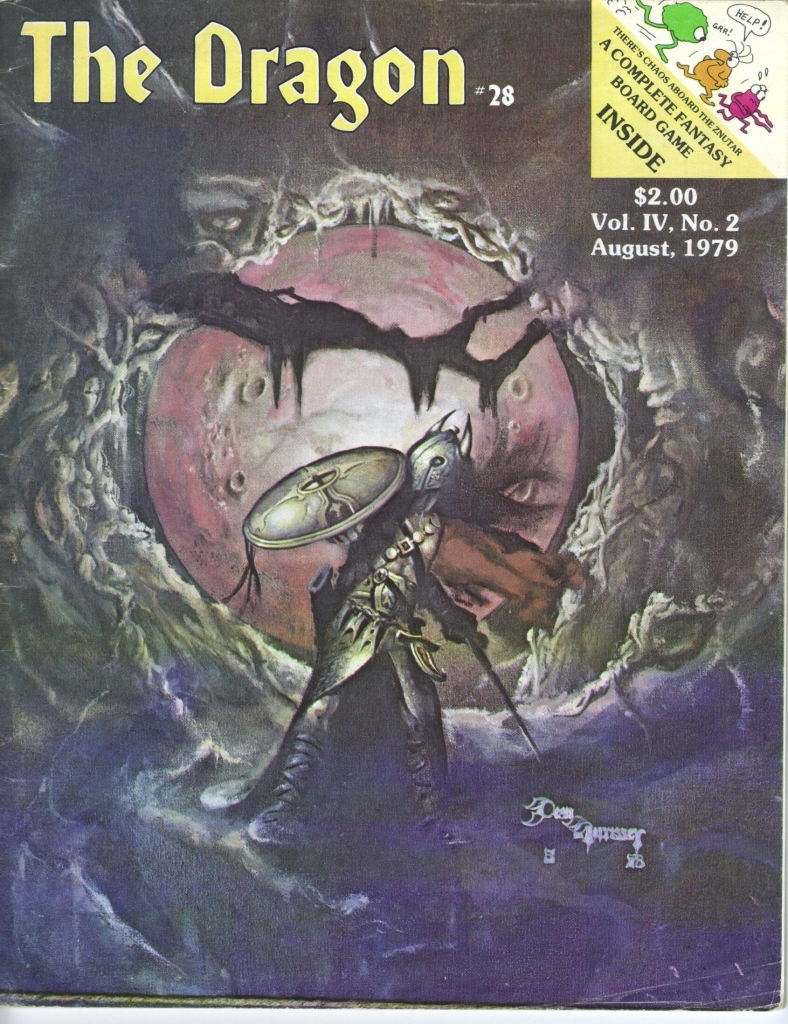 Except only the admins could post anything and comments were disabled.

Issues #29 of Dragon Magazine, which released in August of 1979, contained a game entitled The Awful Green Things From Outer Space. Even though the game required you to cut it out of the magazine and cut each of the individual pieces, it proved to be a huge success and a 2nd edition was published the following year.

Since then it’s been sold off to Steve Jackson Games who have made minor revisions, produced an expansion and published several updated editions throughout the years. The most recent of which was the 8th edition, released in 2011. 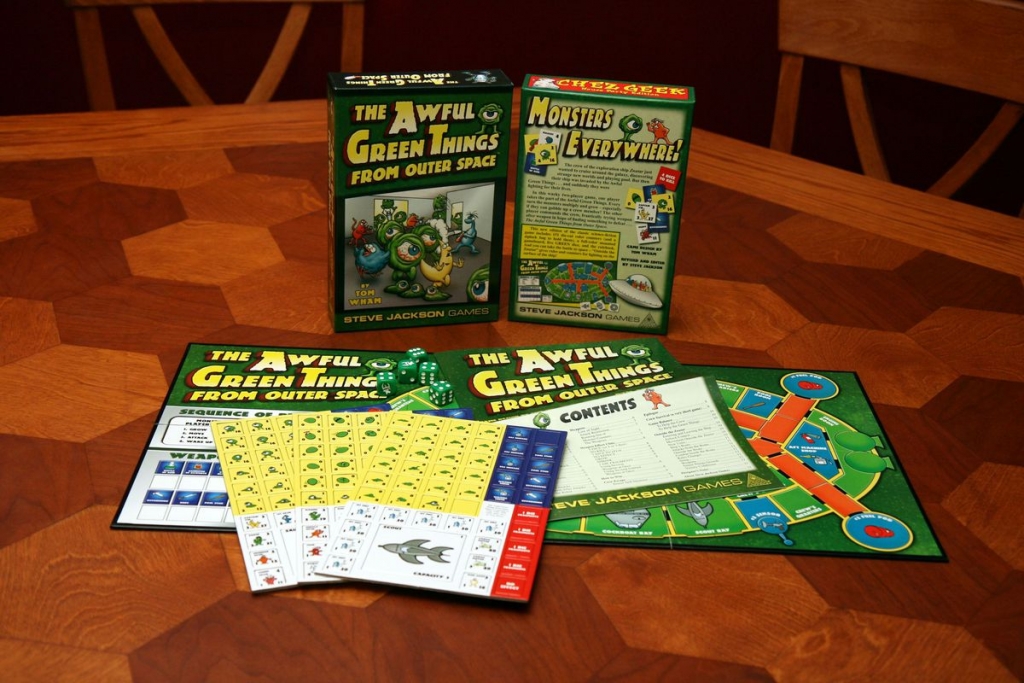 This silly, simple wargame has really come a long way, which is what the title said. So hopefully now you agree. But what even is this game anyway?

The Awful Green Things From Outer Space is an asymmetrical 2 player wargame with a really interesting weapons mechanic. The goal of both players is to kill each other and escape the ship alive.

Using the 2011 print for clarity

One player takes the role of the defending crew of the ship, Znutar. While the other player is the attacking alien menace. 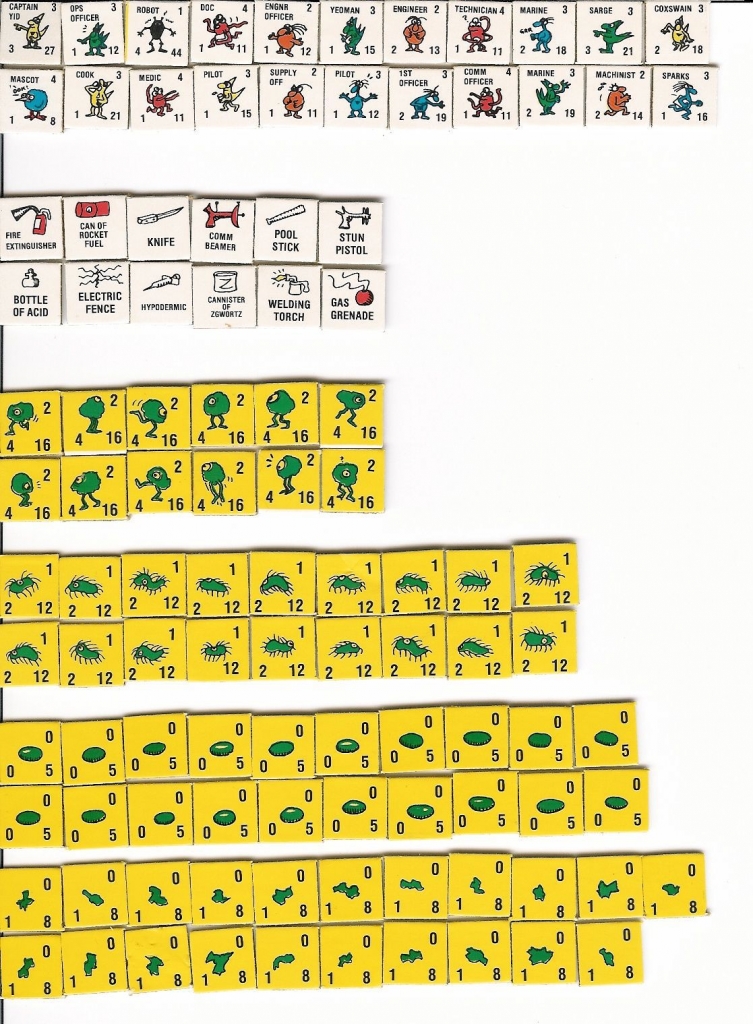 Players take turns moving around the ship and attacking each other, nothing new there. However, each side has a special thing to consider.

The aliens can grow, multiply and even regrow after being splattered. At the beginning of each alien turn, they choose 1 category of alien (adult, baby, egg or fragment). Depending on the category chosen, something happens:

So you can see already how hard it can be to kill off the aliens when they can be really tough to keep down! How are the crew to do it?! The answer: Weapons! 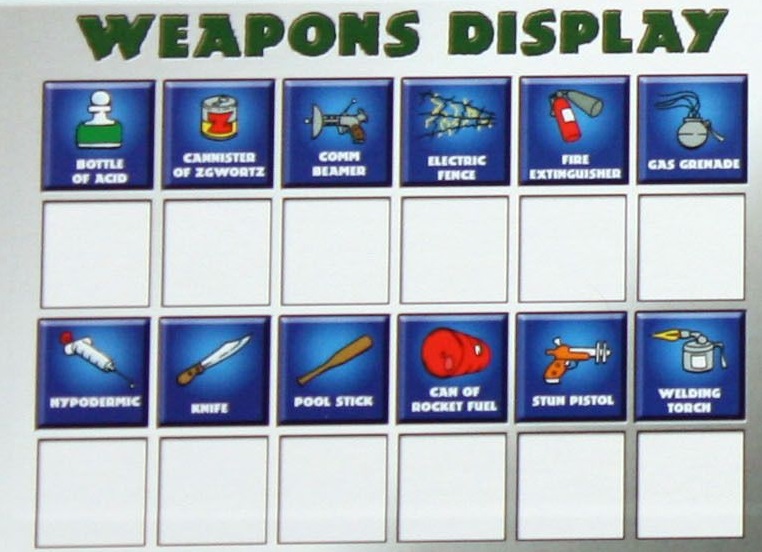 Scattered around the ship are a variety of different weapons the crew can pick up and use to attempt to defeat these invaders. However, alien physiology is weird. Maybe fire forces growth and stabbing them only stuns them.

At the start of each game, the Weapons Display is empty, but the first time a weapon is used a token is drawn to determine its effect on the aliens for the remainder of the game. 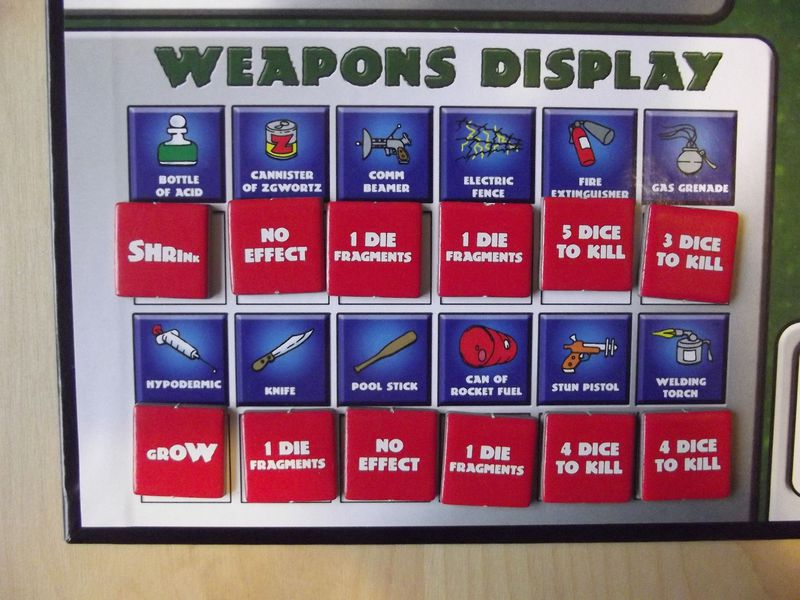 Some weapons can actually kill the aliens while others will force them to fragment, only to regrow later.

Once all the crew members are wiped out (and they will be), both teams score points based on how successful they were at doing the things they tried to do.

Not only does each weapon affect differently, but each weapon also functions differently. Gas grenades will affect all targets in a room so maybe it’s worth the gamble and hoping it kills them instead of makes them grow. Who knows?! Those are the fun moments AGTFOS can create.

If you’re a fan of wargames but feel like sometimes they get too heavy and take too long to set up, this is definitely the game for you. You can still find copies of the 8th edition floating around and there are even online versions of the game available as well.