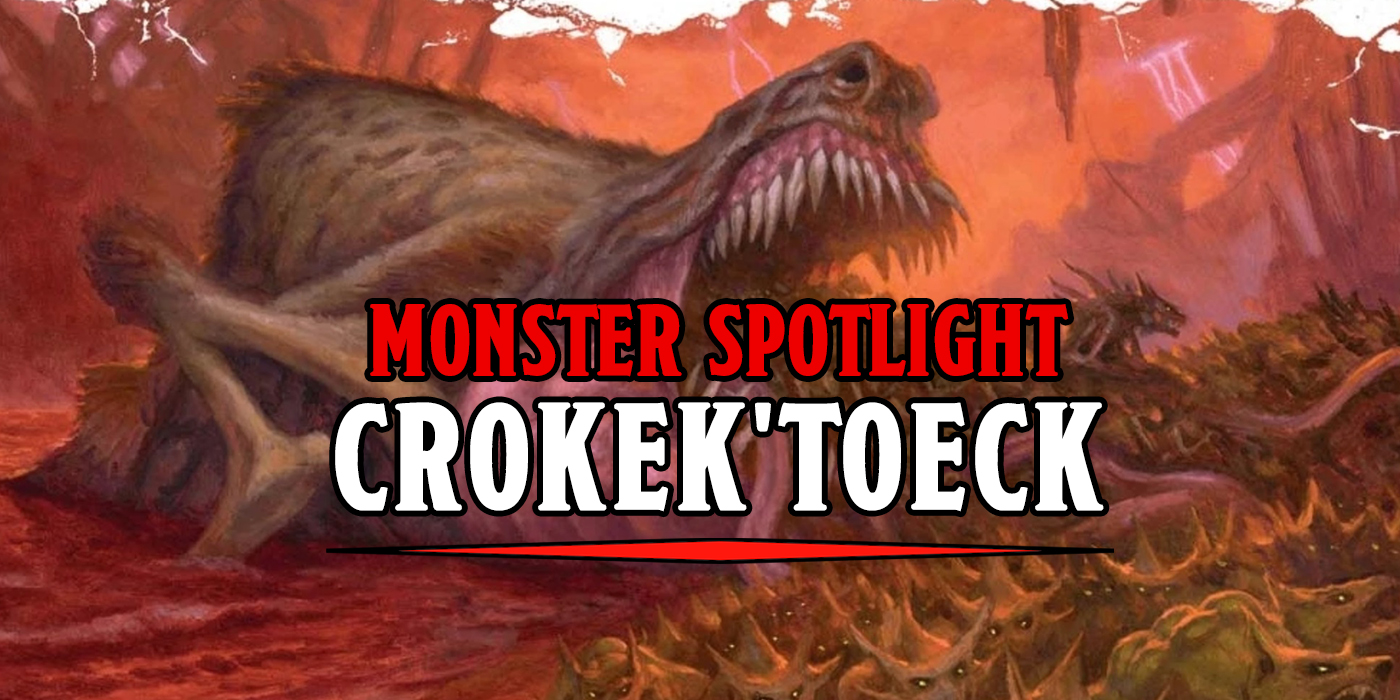 The River Styx flows between planes, washing clean the memories of most creatures–except this hyena-mudskipper demon hybrid that will eat you.

Baldur’s Gate: Descent into Avernus is a whirlwind tour of adventure through the streets and back alleys Baldur’s Gate, Candlekeep, and the first layer of the Nine Hells, Avernus. This is to be expected, but when the adventure shines, it’s implying a much larger world. Descending into the lower planes, you get the sense of the others working in opposition. Avernus is a battleground where the demons of the Abyss crash against the Styx-haunted shores of the devils’ domains. Opposing both of these are the powerful Celestial forces, embodied by Zariel, fallen angel and ruler of Avernus. 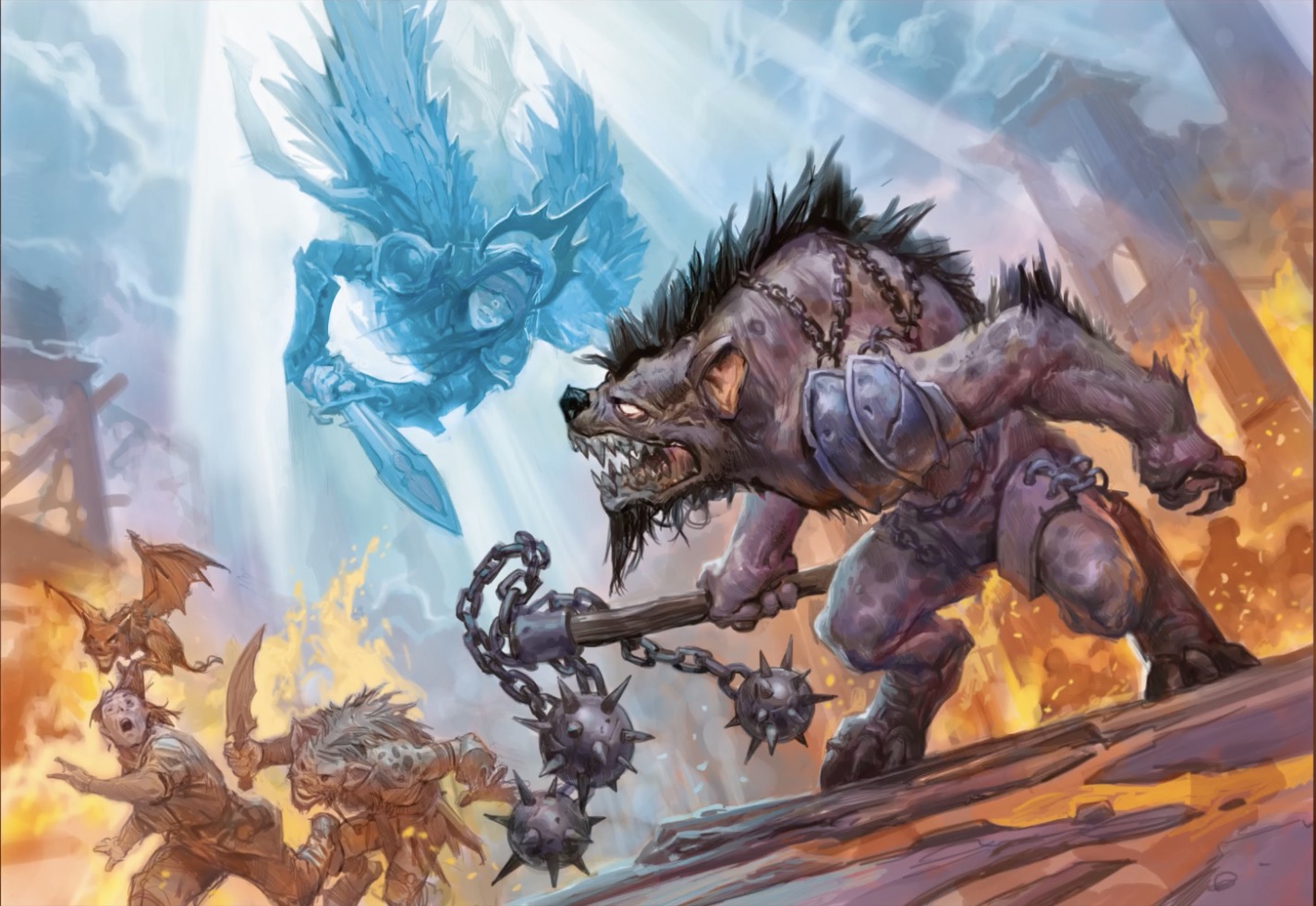 You get glimpses of a much larger world through the contents of the adventure. One such creature that hints at the horrific awfulness of the massive Abyss is Crokek’toeck, the demonic pet of Yeenoghu, Demon Prince of Gnolls and Ruin. The vile nature of the fiend is on display in everything about this massive, gross demon that resembles a cross between a Hyena and a Mudskipper and a Demon. 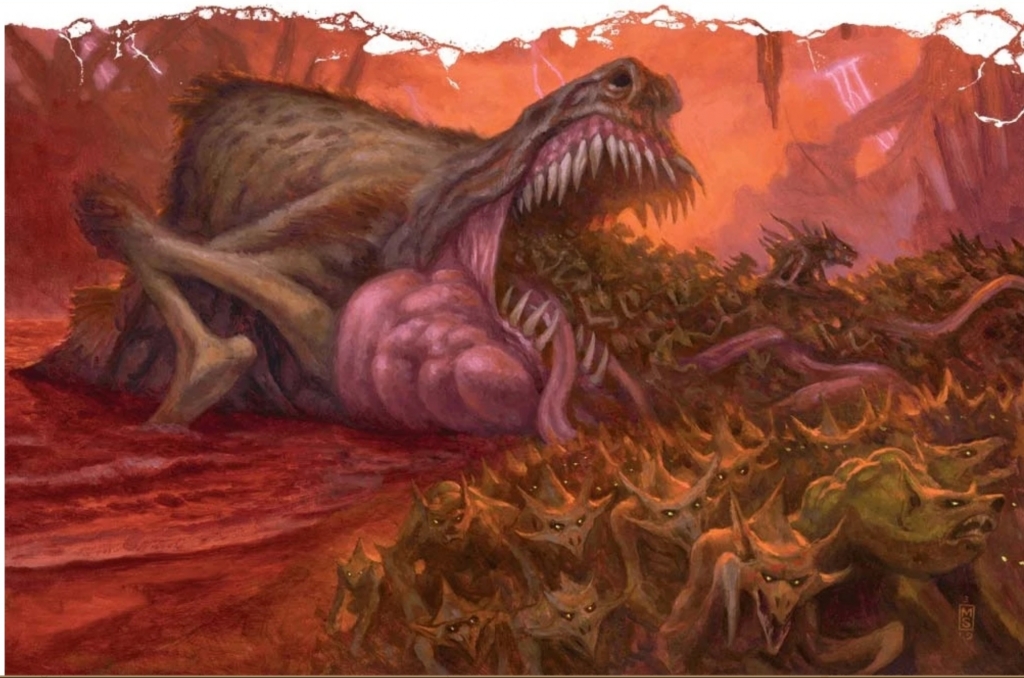 Crokek’toeck is a unique demon, bred or sculpted or created–because demonic ichor corrupts flesh, and you can sculpt all kinds of creepy crawlies if you get near the flesh warping aura of a Sibriex–in service of Yeenoghu. Uniquely immune to the memory-wiping effects of the River Styx (which washes souls clean of their past lives), Crokek’toeck is a hungry, devouring demon. And yet, Crokek’toeck is hunger with a purpose. In its gullet, the demon can hold massive amounts of demons. 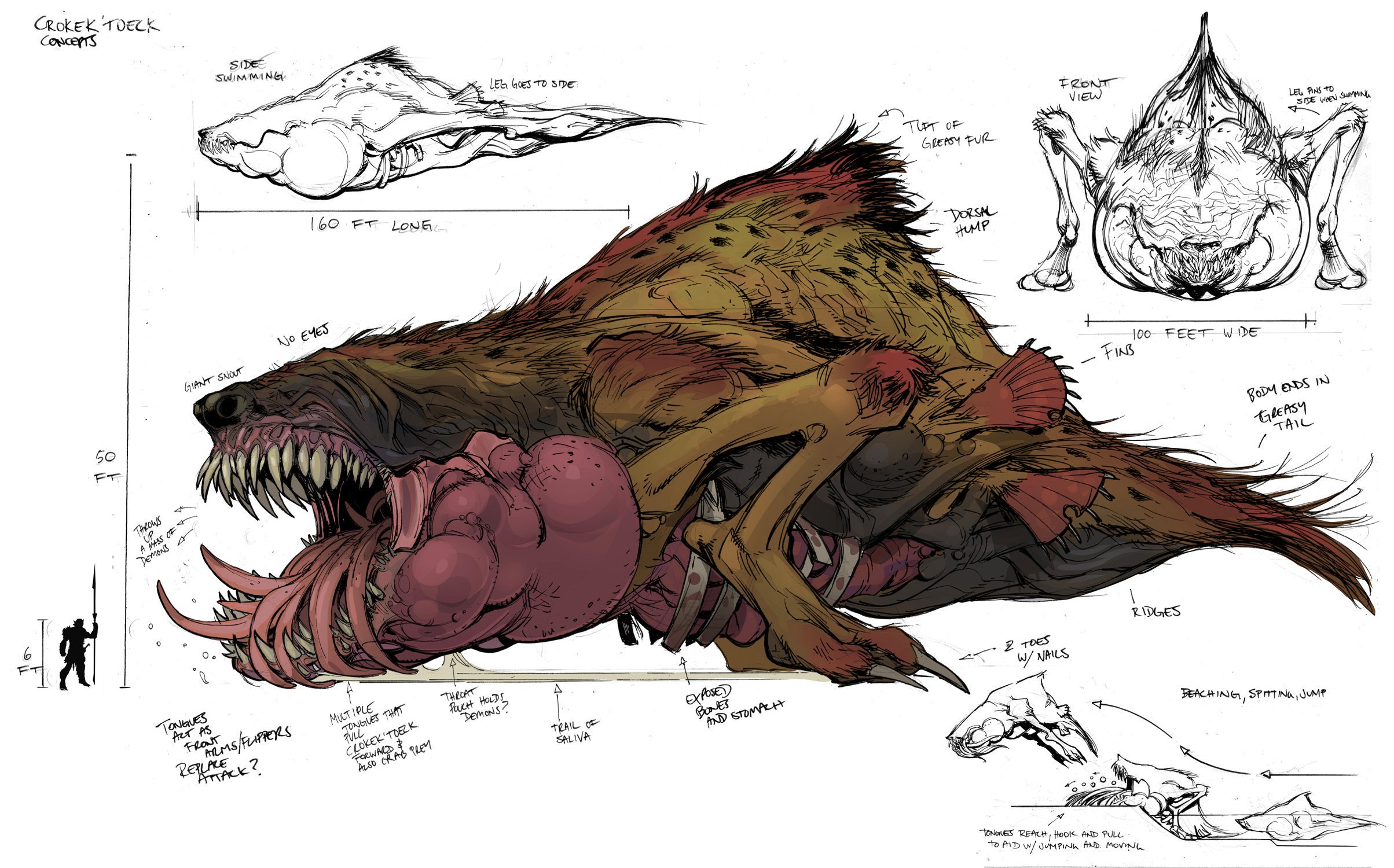 This beast can disgorge a number of powerful allies–barlguras and vrocks as well as hordes of gnolls and their leaders. And it’s an ability that recharges on a 6. That means you can vomit up allies at least once per fight, and if you roll well, you’ll quickly overwhelm people.

And as you can see in the concept art, it leaps like a bulette and delivers powerful bites (10d6+9 a pop) that poses a serious threat, especially to unprepared adventurers. Little wonder then that this skirmishing demon is such a feature in the adventure.