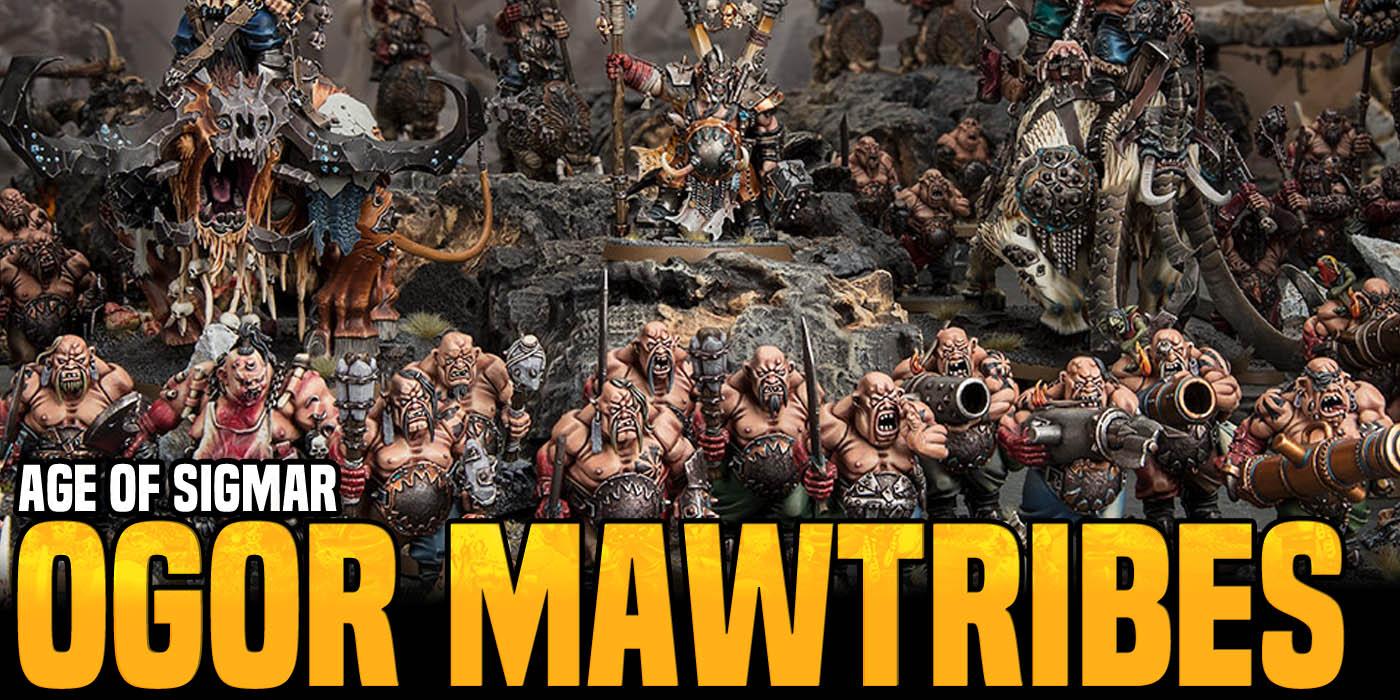 Games Workshop has dropped a few more previews on the new Ogor Mawtribes and a closer look at the Bonereaper Vokmortian – check these out!

It’s the first Ogor update we’ve seen in a very long time from Games Workshop and these big guys are getting some love! The new Ogor Mawtribes looks like it is going to be similar to the Orruk Warclans in the sense that the Mawtribes and Beastclaw raiders are going to have a single, updated book again. For a teaser, GW is showcasing a few of their new rules that they will get access to. 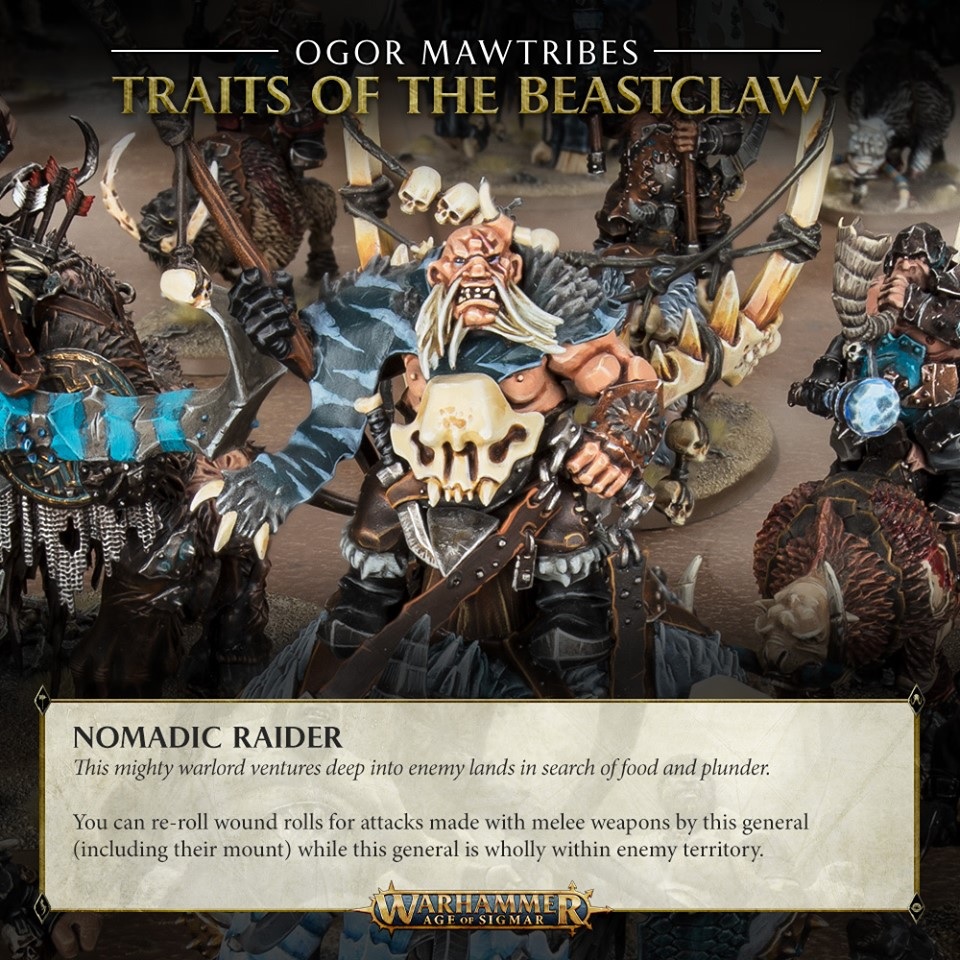 Nomadic Raider allows a Beastclaw General to re-roll wound rolls for melee attacks by the General AND their mount while they are wholly within the enemy territory. That makes sense thematically and should really up their lethality as well. Anyone who’s played them can tell you that they already have a pretty scary profile and the ability to re-roll wounds just for being in the enemy territory is a nice bonus for them. 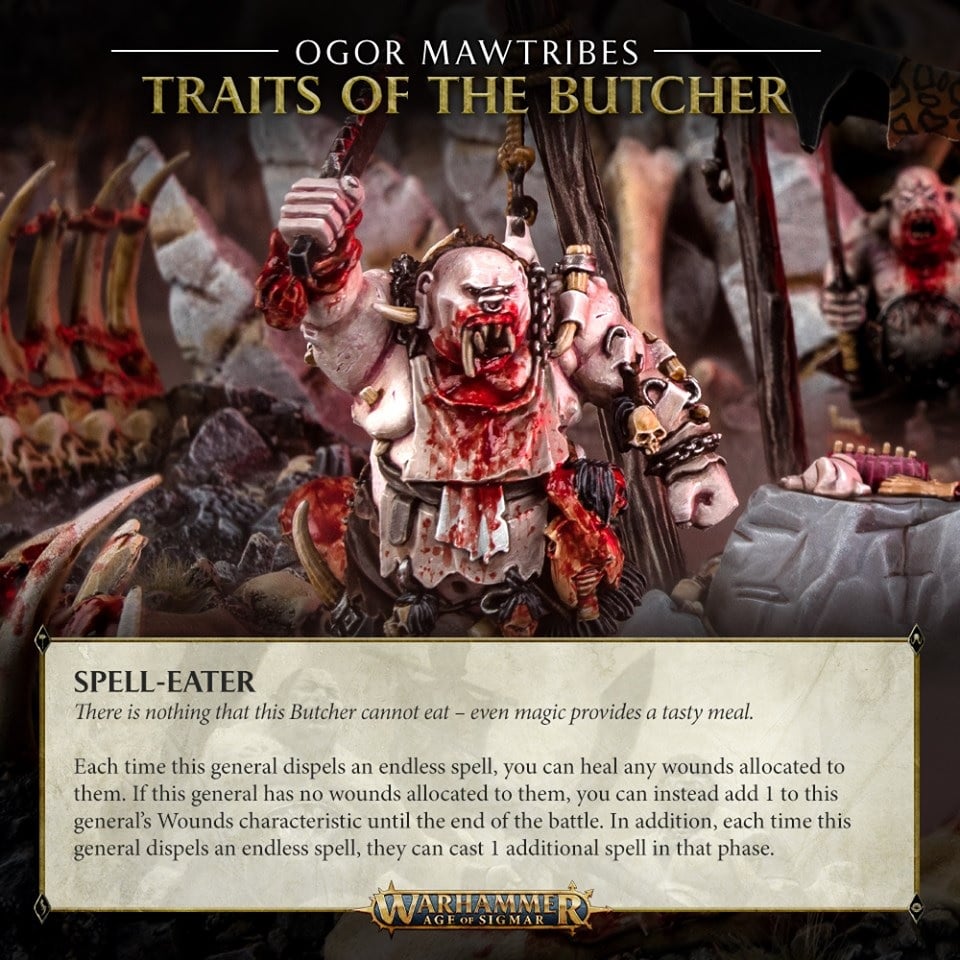 The Butcher already had a few fun ways to interact with spells. Now they have an even more potent interaction with Endless Spells. If they are the General and dispel and Endless Spell, they get to heal ANY wounds allocated to them! Furthermore, if they haven’t taken any wounds, they get to add 1 to their Wound Stat for the the rest of the battle. They also get to cast 1 additional spell in that phase, too! Spell-Eater Indeed! 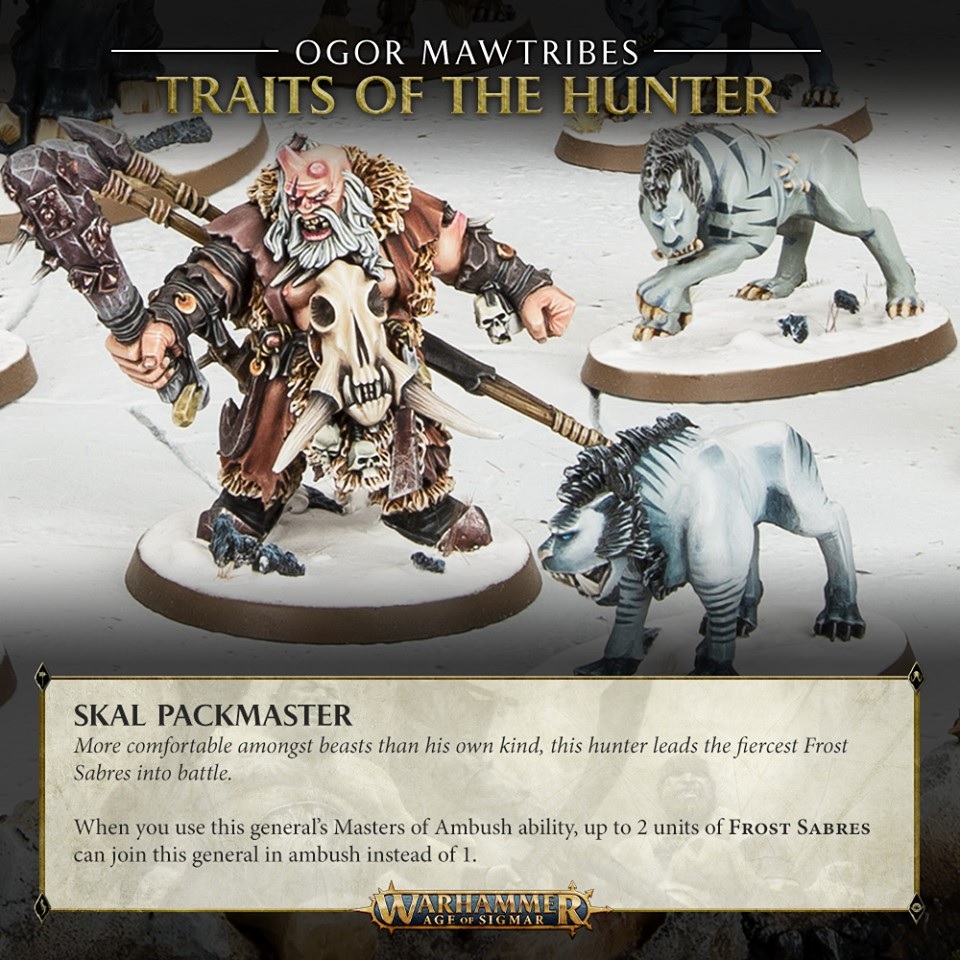 The Skal Packmaster is going to get to bring 2 units of Frost Sabers along for the ride when he uses the Master of Ambush ability when he’s the General. Another unit means more damage output and makes for one mean late-game objective grabbing combo. 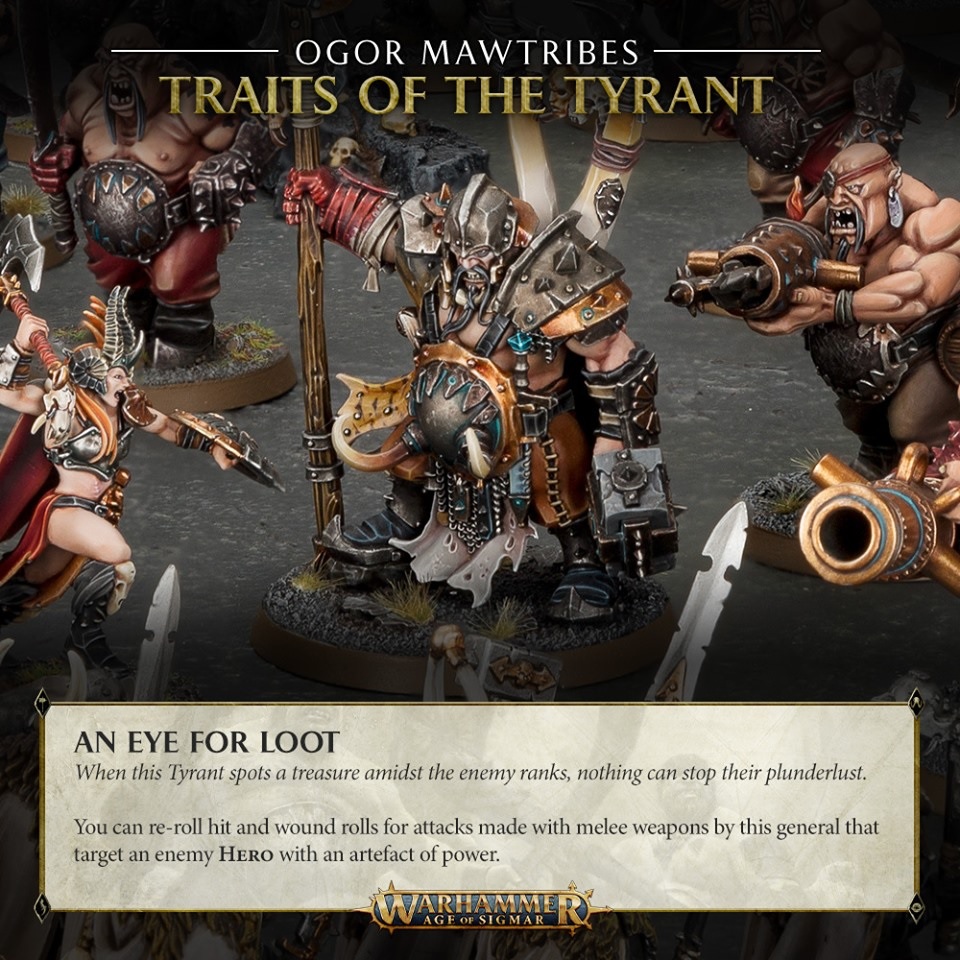 And here is one we’ve all been looking forward to – more info on the Tyrant’s options. If a Tyrant is the general, when they are fighting enemy heroes with an artefact of power, they get to re-roll melee hit AND wound rolls. If Tyrants seem more than happy to go toe-to-toe with your heroes, it’s cause they want to beat them up and take their stuff!

Games Workshop also teased out one of the abilities of the soon-to-be released Vokmortian. This Master of the Bone-tithe is coming to collect on debts that are owed. And the late-fees are KILLER. 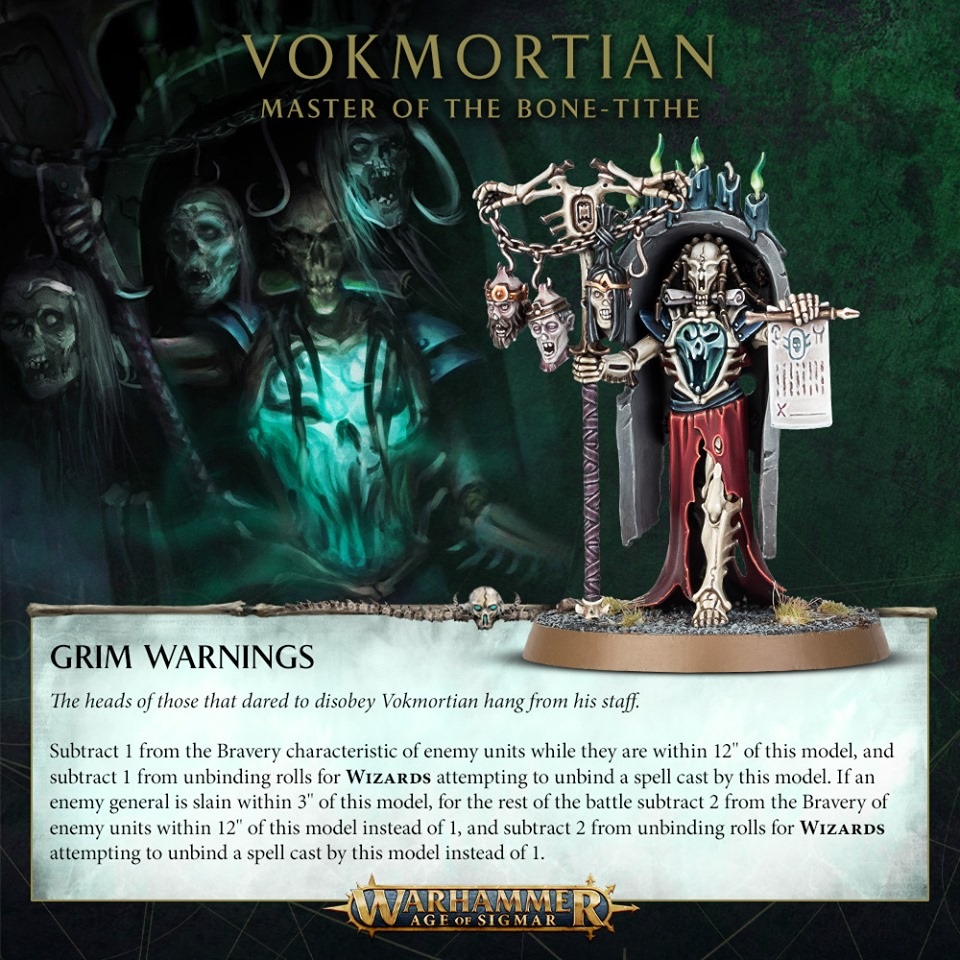 The Vokmortian is a wizard who’s Grim Warnings are an ability that messes with enemy Bravery AND unbinding checks. It seems those heads on his staff are more than just there for decoration. Enemy units subtract 1 from Bravery while they are within 12″ of this model. Enemy Wizards subtract 1 from unbind checks for attempts to dispel spells cast by this model. And if the Vokmortian happens to be within 3″ of the enemy General when they die, those checks jump up to 2 each! 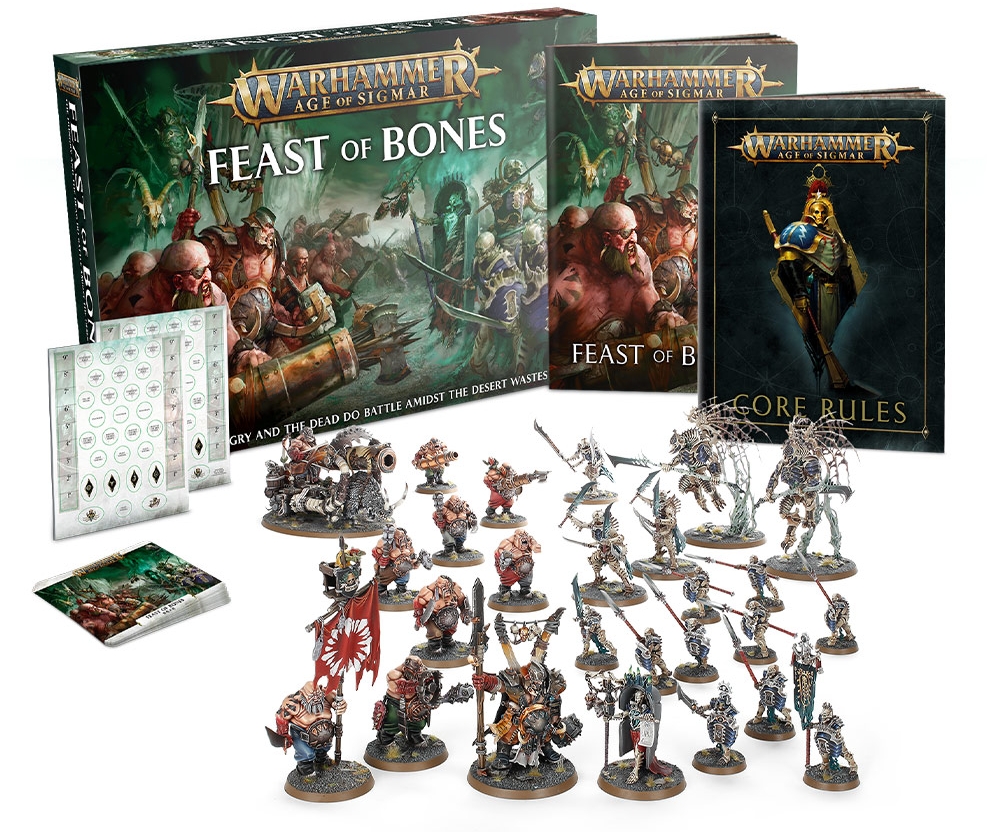